Woman of the Year a passionate advocate for youth, education 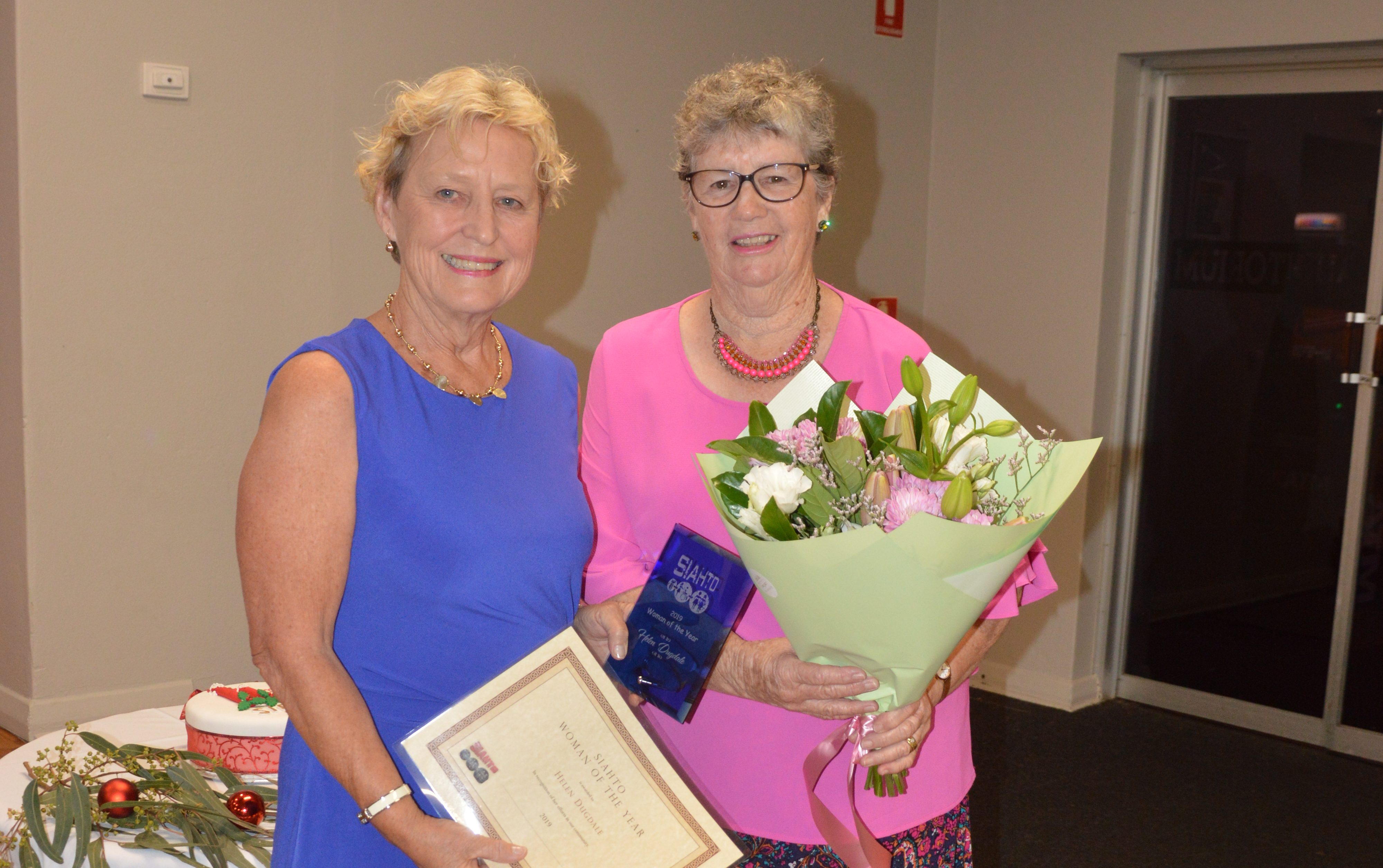 The Narrabri SIAHTO Woman of the Year, Helen Dugdale, is a passionate advocate for young people and for education.

In those areas, and in others across the community, Mrs Dugdale has dedicated many years of voluntary commitment and enthusiasm.

Her achievements were recognised and applauded by the audience – which included her daughter Anna Dugdale – when a surprised Mrs Dugdale was announced as the 2019 Narrabri Woman of the Year at Narrabri SIAHTO’s awards night on Tuesday.

Mrs Dugdale was taken by surprise – she had been invited to the dinner as a guest speaker – with no inkling of her honour to come.

SIAHTO and family members had carefully planned to circumvent the award winner’s prior commitments to ensure she would be at the event.

And following the award, Mrs Dugdale, agreed to proceed with her address.

“I was very shocked and humbled,” Mrs Dugdale told The Courier.

“There are so many good people in our community, so it was a big surprise.

“SIAHTO is a wonderful organisation and to generate the camaraderie and the fellowship that they have is great.”

Mrs Dugdale’s nomination as Woman of the Year detailed her contributions to the community over 20 years.

“Helen has been a member of the Narrabri Community for over twenty years and is committed to improving life in our town” the nomination stated.

“She is engaged in healthy fitness activities and has sound personal and career ethics along with a dynamic personality.

“Helen was a founding member, and has only recently retired from, the committee of the Narrabri Education Foundation after serving for 15 years many of these as chair.

“In this capacity she has been instrumental in assisting hundreds of school leavers achieve their post High School qualifications.

“She has been tireless in promoting the Foundation, always thinking about new ideas and raising money and awareness of the value of helping Narrabri’s young people pursue further education.

“This has provided real financial assistance to students whose parents find it difficult to fund tertiary courses for their son or daughter.

“It has made a difference in students actually being able to embark on their courses and degrees. Over the years she has maintained a keen interest and rapport with students and showed a real caring attitude towards their achievements.

“Being a member of the Foundation since its inception in 2001 Helen also has the historical knowledge which is useful to the ongoing committees.

“She has been one of the driving forces behind the establishment of the Narrabri Youth Shack, a place for school students to socialise and learn. The Youth Shack with adult volunteer supervision has been operating for over two years now and is fulfilling a real need in our community.

“Another community involvement of this lady has been as a mentor with the Raise program. This Australian scheme endeavours to aid students who have become disconnected from the learning process with a caring adult over a period of twenty weeks.

“Her enthusiasm and caring manner has encouraged many more mentors to join the program.

“While her children were at school she was a ready helper in all fundraising and support activities that are part and parcel of the school community while holding down her job supporting cotton research projects in her capacity as an employee of Cotton Research and Development Corporation.

“More recently she has established the Australian Brain Coaching business, promoting mental health for clients and encouraging people from all walks of life to achieve their dreams.

“Helen is an inspirational person with a real ‘can do’ attitude. As such she has been a guest speaker at the Cotton Conference and during Seniors’ Week in Narrabri this year.

“Personally she has achieved some significant challenges include the London Marathon, climbing Mt.Kilmanjaro and just recently completing the French Camino Walk.

“Her message to people is anything can be achieved with hard work and dedication, you can achieve those dreams.

“Helen has two grown up children, Alex and Anna, who are contributing to society through their employment. Married for over thirty years to Rob, a well known recently retired cotton industry executive, Helen has wide circle of friends and is a well liked and respected lady always ready to lend a hand when needed.”

Newly elected SIAHTO president Noeline Kiss said Mrs Dugdale’s commitment to educating Narrabri’s young people was a principal reason she won the award; she has a real passion and belief that everyone is entitled to an education.

“We received nominations for four awesome women, so the judging was tight. SIAHTO woman of the year’s been an example of fine women who work for the community and Helen is a classic example of that,” said Mrs Kiss.

“We just applied the SIAHTO principles, which are ‘Self Improvement and Help to Others’ to the selection criteria for the Woman of the Year and Helen really covered it all.

“She’s been working in organisations that help children achieve their dreams through education.

“That’s one of the major things we thought was very powerful about her.”

Mrs Kiss was full of praise for SIAHTO which celebrated a special anniversary this year.

“We worked it out last night, 45 years we’ve been running,” she said.

“Basically we’re a friendship club and that is how it started.

“A group of friends got together and said let’s meet once a month.

“There’s no fundraising, we just contribute when we pay our dinner fees and we were able to donate $1000 to Shared Table on Tuesday night.”

Mrs Kiss was elected and inducted as the new president of SIAHTO on Tuesday night. “It’s a fabulous honour” she said. “We are looking forward to a really great year in 2020.”

Liam Emerton is a cadet journalist and has been working at The Courier since April. Liam loves any and all sports but his passion lies in soccer. Liam has settled into the Narrabri way of life and plays in a few local sporting sides. 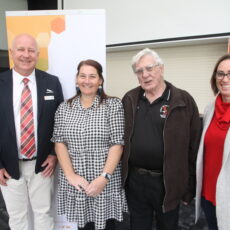 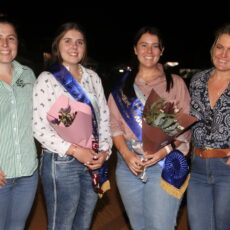