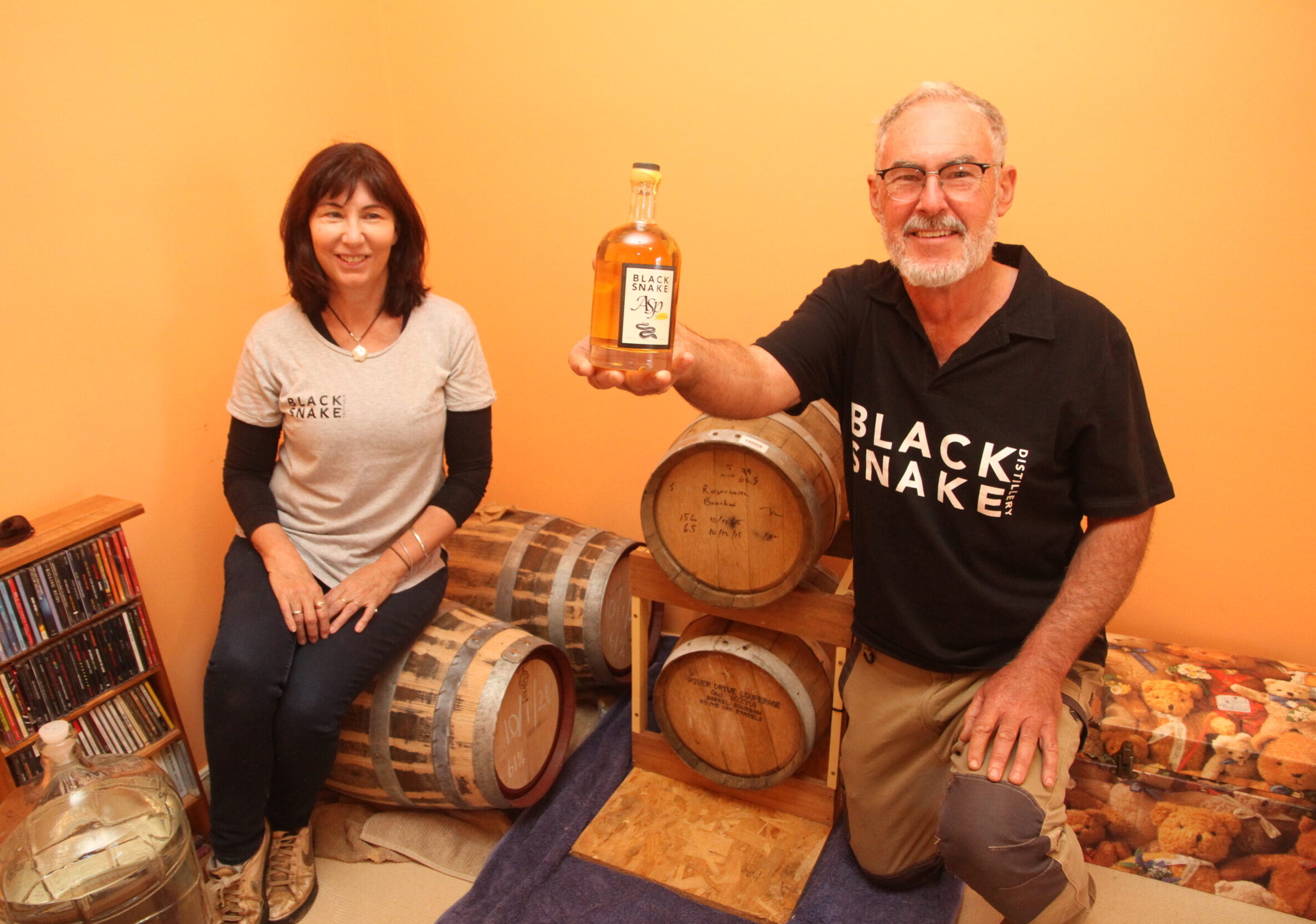 Three years ago, Narrabri couple Rosemary Smith and Stephen Beale added a new dimension to their lives and launched a distillery at their Kaputar Road property.

They began distilling gin at their licenced Black Snake Distillery and after a suggestion from Stephen’s daughter, Phillipa Beale, moved into production of a new product, agave spirit, which was distilled from plants growing on their block.

Agave spirit is in the Mexican tradition of tequila and mezcal. ASp – an Australian ‘first’ – was launched at Nosh Narrabri in 2019.

Now, the couple’s commitment to producing the best spirits they can has been capped with success with the award of a silver medal at the prestigious annual London Spirits Competition.

The couple’s entry, Reposado, is a style made from the agave plants and aged from two to 11 months in oak barrels.

The ageing process allows the spirit to mellow and take on a deeper and more complex character.

“We sent two 500ml bottles of Reposado to be judged,” said Stephen.

The despatch of the entries to the competition brought its own complications with issues around import paperwork seeing the entries returned to Australia and then re-sent to London.

Now the next ‘vintage’ of Reposado has been laid down in bourbon barrels.

The international recognition of the Kaputar Road product is a major coup for Stephen and Rosemary.

“We are proud to be doing this for Narrabri,” they said.

Product from the Black Snake Distillery is reaching a growing market with customers from every state.

Stephen and Rosemary are looking at ways to further develop the product and the distillery as a visitor destination.

Angao is defined as being aged for at least one year, but less than three years.

The couple have undertaken extensive research to develop their products and are looking forward to future development.

“There is lots of potential,” they said.