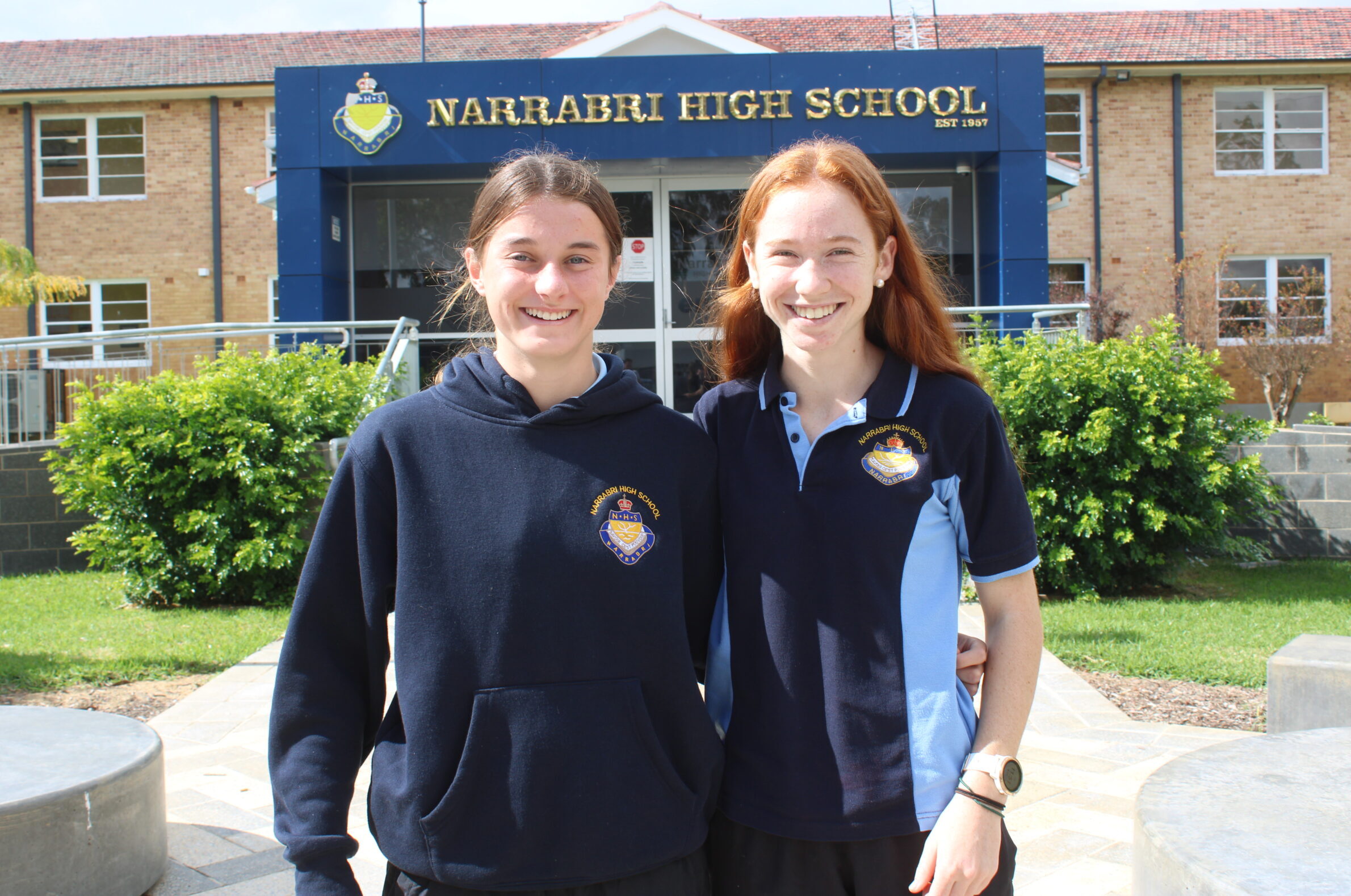 Holly Ford and Martha Harvey, pictured at Narrabri High School today, have both been selected into NSW Country Rugby Union teams for 2021.

The Narrabri High School students both competed for the Central North zone at the carnival, Martha in the under-18s and Holly in the under-16s.

The duo both excelled for their respective teams and displayed all of the attributes of great sportswomen and teammates which led to both girls earning NSW Country selection in their age groups.

It was a second major selection for Martha in three days after she was named in the inaugural NSW CHSSA 18-years-and-under girls’ rugby sevens seconds team last Friday.

Sixteen-year-old Martha, a talented halfback, is a Year 11 student at Narrabri High School and is the daughter of Denis and Carmel Harvey.

Fifteen-year-old Holly, a dynamic flanker, is a Year 10 student and is the daughter of Bob and Trudi Ford.

Denis is the girls’ Narrabri Junior Rugby Club coach and he also coached the Central North under-18s side at the weekend. He told The Courier that he was proud of both Narrabri girls.

“As a coach I’m beside myself, people don’t realise how hard it is to make those teams,” Harvey said.

“It’s a big thing being from the bush and making a Country team.

“These girls have really put the work in and have now been rewarded.

“They’ve both had a lot of lonely evenings doing things like sprint training.

“Holly in particular, she’s a standout, a hard-worker, humble and tough. She’s the daughter of Bob Ford who played many years as a Country prop. Bob was there when his daughter’s name got announced and it was a pretty proud moment, as it was for me obviously too with Martha.”

Harvey also commended the youth program implemented by Narrabri Junior Rugby Club at the start of last year which is already delivering results.

“We put in place the girls’ youth program in Narrabri last year and this is a direct result, I’m very proud of that,” Harvey said.

“Less than two years into the youth girls’ program we’ve now had two girls make country teams, that’s the objective of what we are trying to do.

“It was also a success for Central North Rugby as well.

“That in itself is a direct result of the introduction of the Friday night competitions which give the girls a chance to play week-in week-out footy.”