Blues Boars win four on the trot with round nine double 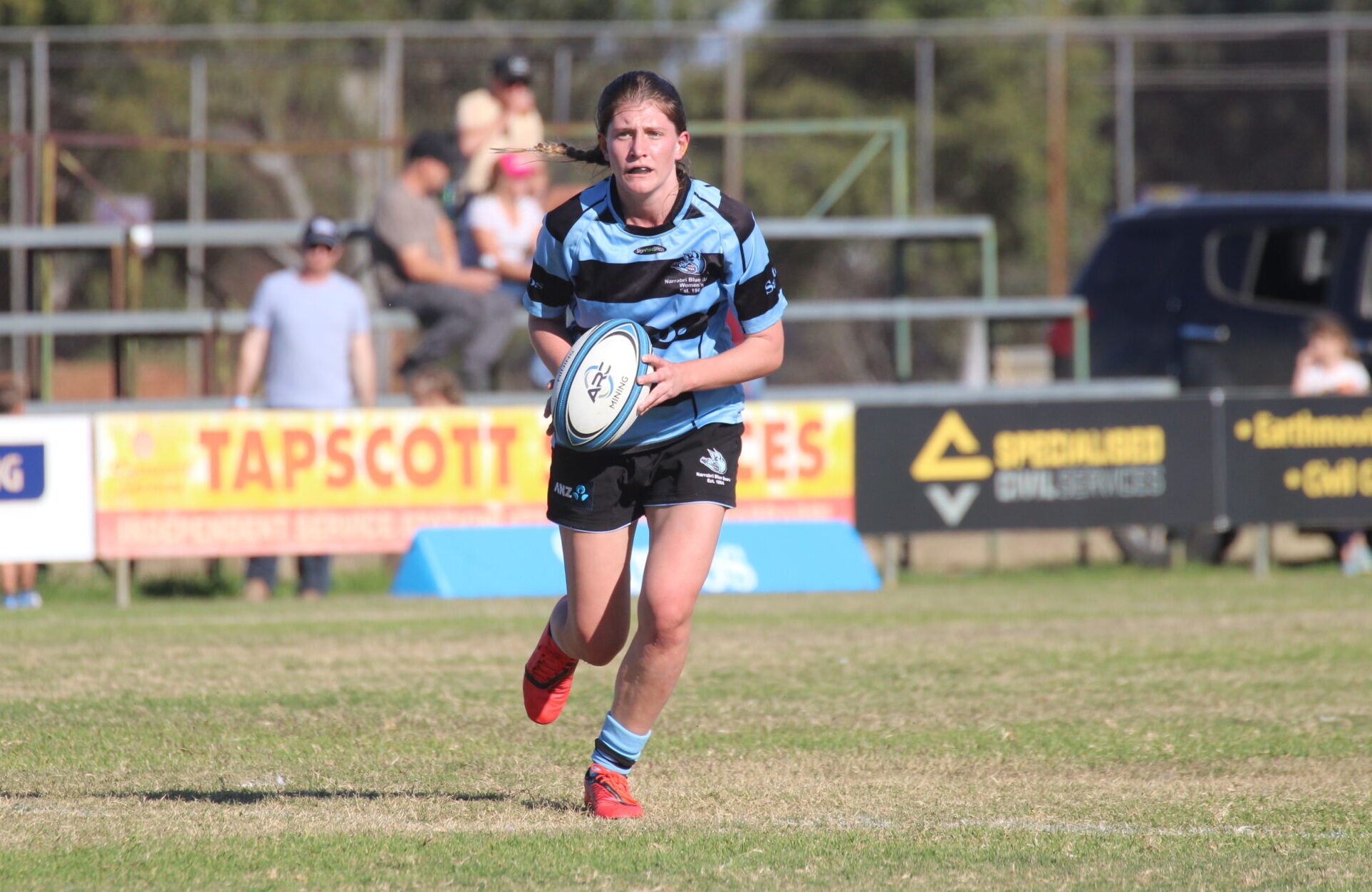 Toni Gale scored and converted a try in her side's 26-5 bonus point victory in round nine against Barraba-Gwydir.

Backing up from an impressive ladies’ day outing at which it was victorious in both matches against the Gunnedah Red Devils, Narrabri Rugby Club’s women’s sevens side earned back-to-back victories for the second consecutive weekend when it scored two away wins in round nine of the 2021 Central North Rugby Union season against Barraba-Gwydir on Saturday.

The Blue Boars travelled to Gwydir where they defeated the Ram Rats 26-5 in game one before registering their fourth straight win by outscoring the hosts 17-12 in a much closer game two.

The Blue Boars ran in four tries in game one as they earned their first bonus point of the season.

Anni Wenner and Maddie Zotter both scored their first tries of the campaign, while Shona McFarland claimed her fourth in two weeks and Toni Gale went over for her second of the season.

Gale kicked two conversions in that match and McFarland added another.

McFarland then made it five tries in two weeks in game two with her second of the day, Gerri Cruckshank scored her first of the season and Peta Cox also scored in the 17-12 victory.

McFarland also added two extra points off the boot via a conversion in that game.