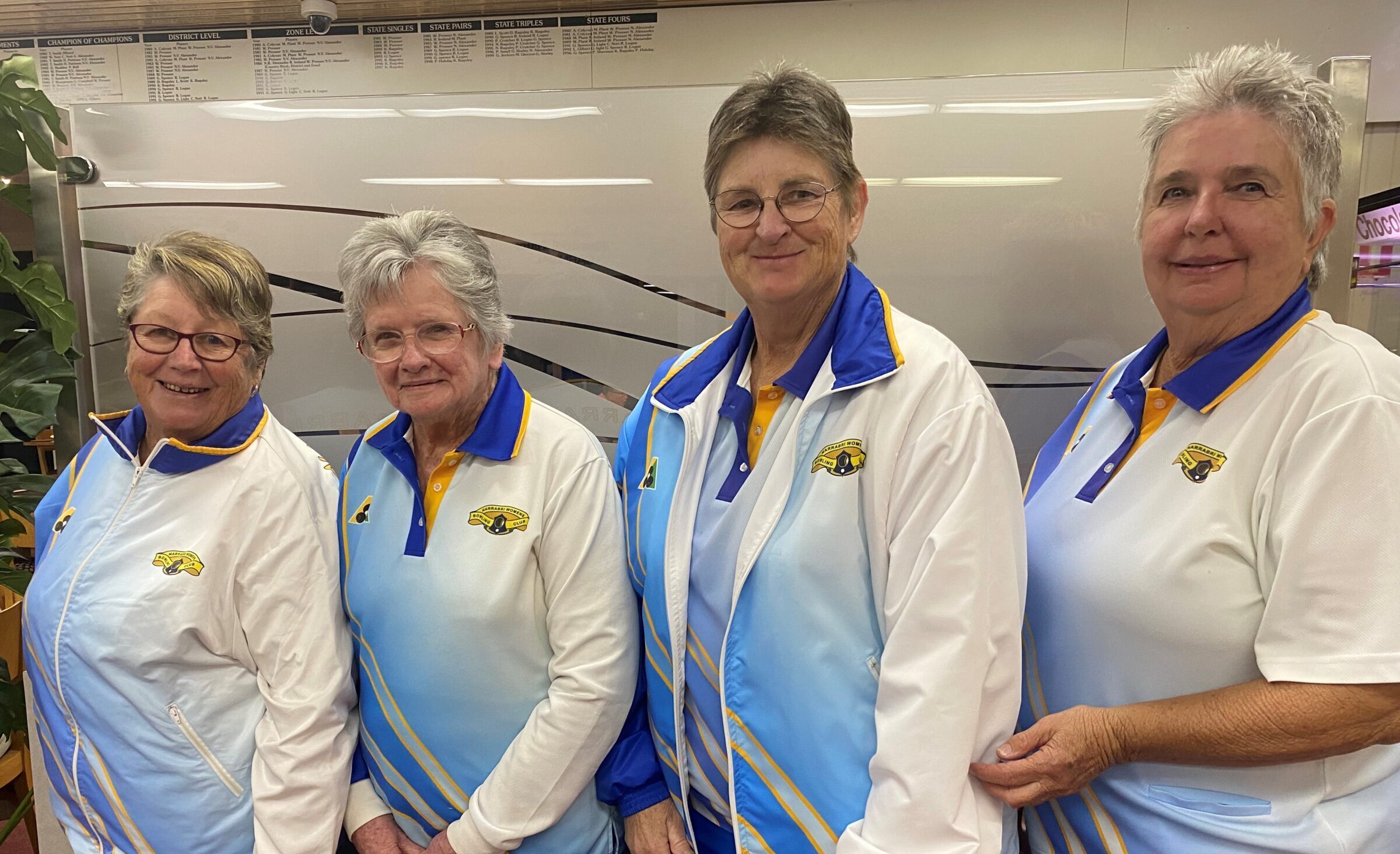 The team had a bye in the morning then defeated fellow Narrabri bowlers Marie Redman, Di Chessells, Lyn Wedesweiler and Rhonda Welchman that afternoon.

It was a close contest which was separated by just one point after 22 ends after the match was forced into overtime.

The winning bowl belonged to Armstrong as Sadler’s team won the game 20-19.

The Narrabri ladies were lucky enough to score a five on the 20th end which was enough to secure victory as Moree scored one on the last end. The final score was 22-18.

Wee Waa’s team of Dot Dewson, Melissa Allen, Kay Dewson and Lisa Pillar will contest the Regional Open Fours in Tamworth after being the only nomination in that event at Namoi District level.

Meanwhile, there were no club matches played in Narrabri last Thursday due to the rain.