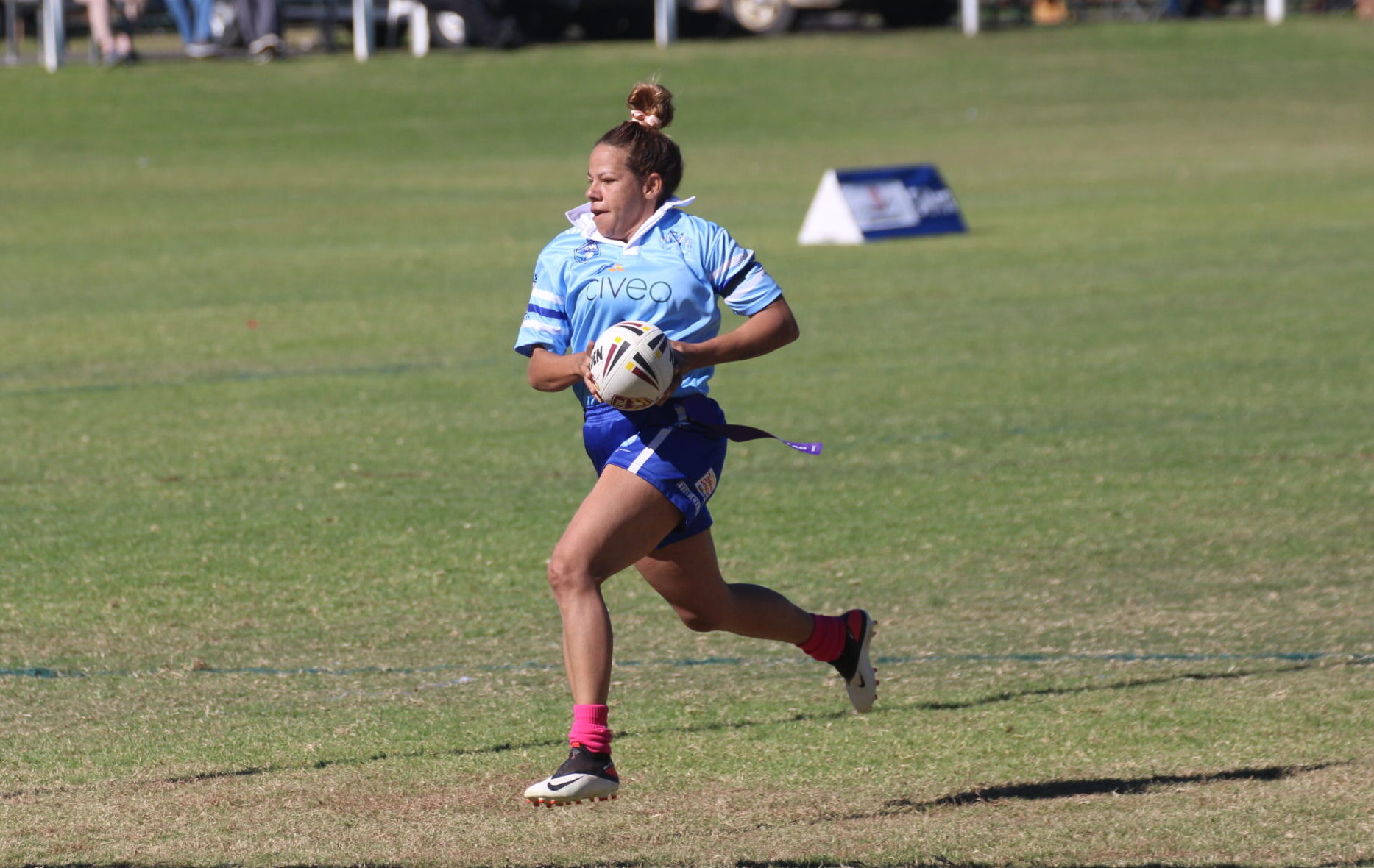 Anni Wenner crossed for two tries and earned the three Group 4 Rugby League best and fairest points in her side’s win away from home against Manilla on Sunday.

Narrabri Rugby League Football Club’s ladies’ league tag team scored its second win of the 2021 season on Sunday as it continues its remarkable turn around following a winless 2019 campaign.

The Bluebirds travelled to Manilla for their round seven clash where they defeated the hosts 20-8.

The visitors led 20-4 at half-time after scoring all of their points in the first 25 minutes.

One unconverted Manilla try provided the only four points scored in the second stanza.

Wenner and Hilderson were rewarded for standout performances with three and two Group 4 Rugby League best and fairest points respectively.

Those two players, along with Hardman and Angie Knox, were labelled as the side’s standout players in round seven by coach Ashley Hynch.

Hynch told The Courier that he was especially happy with the way his team defended in its 12-point win.

“The first half was the best they’ve played all year,” Hynch said.

“In the second half we got a bit too excited and overplayed a fair bit.

“Not scoring at all was probably the only disappointing thing out of the game, I thought we should have put a few more points on in the second half.

“Honestly, there’s nothing wrong with our defence.

“At times this year we’ve just had to defend for too long from not holding the ball and not getting ourselves in the right field position.

“Defending all the time puts too much strain and fatigue on them at the end of games.

“I believe that if we get our ball play and security and that sort of stuff down pat we can make some really big inroads.”

Hynch also challenged his players to get to training, apply themselves and find a greater urge to win more games across the second half of the season.

“Personally, I’ve seen that after they got a win and a draw a lot of them seemed content with that, thinking ‘we’ve done better already than we have in the past’,” Hynch said.

“For me, when you get that taste for winning you should want to kick on and win more games.

“Of course we are going to struggle with the Tamworth sides, they live and breathe league tag.

“But if we can just stay competitive with them it’d be really good.

“I’d like to make the semis and I think we have the potential to get there.

“Our players just need to have confidence in themselves and need to realise they’ve got the potential.

The Narrabri ladies have accumulated five points this season following two wins and a draw and they are currently just one point back from fifth-placed Werris Creek.

They can continue their rise up the ladder this weekend when they travel up the Newell Highway to challenge Moree on Sunday.

The Boars are also on five points but lead Narrabri on for and against difference.

The two sides met back in round one on Sunday, May 2, at Collins Park where the Bluebirds scored 16 unanswered second half points to overturn a 14-0 half-time deficit to win the contest by two points.

It was the team’s first victory in more than two years.

Hynch said he was eager for Sunday’s return leg.

“I’m looking forward to it,” he said.

“Over the years against the men, Moree/Narrabri games have been pretty awesome.

“That’s how it was when we (his Bluebirds) played them earlier in the year too.

“Moree are improving and they’ll have a few players back but we just have to focus on what we need to do and focus on ourselves and hopefully we can go out there and get the win.”

In the other Group 4 Rugby League ladies’ league tag games played across round seven, Moree hosted and beat Barraba 42-16 and Dungowan scored a 24-0 away win at Boggabri on Saturday, then Kootingal and North Tamworth scored 22-12 and 24-12 home wins against Gunnedah and Werris Creek respectively on Sunday.