Narrabri Blues take down the Kangaroos in Boggabri 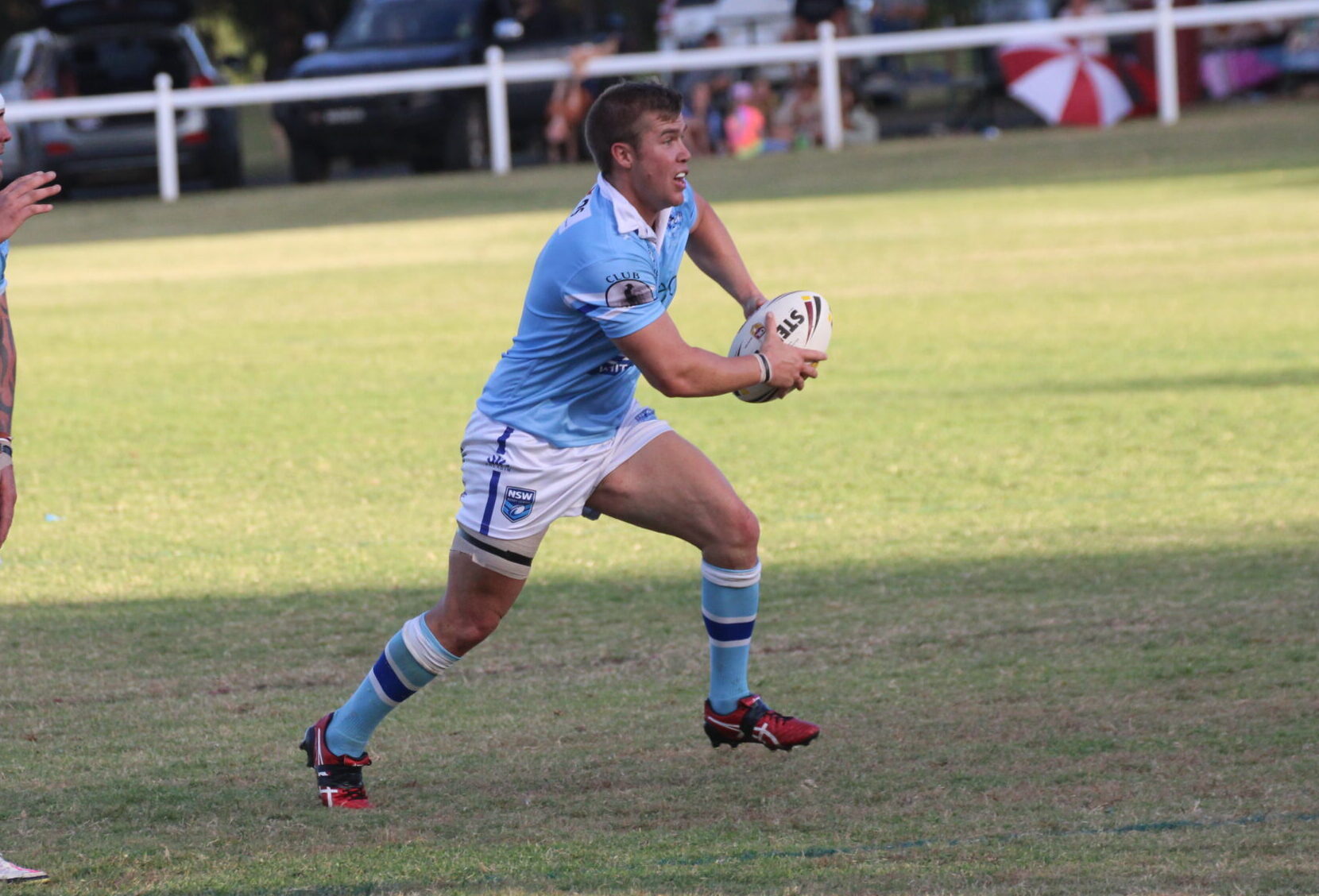 Hayden Bell scored his third try of the season on Saturday in Narrabri's 22-16 win against Boggabri.

It may have been ugly but Narrabri Rugby League Football Club’s first grade side got the job done on Saturday when it returned home from Boggabri with a 22-16 victory.

The Blues tackled the Kangaroos at Jubilee Oval and were pushed all the way to the end by a home side determined to keep its top four hopes alive.

However, it was the visiting side which was victorious as the Blues scored their second win in a row and their eighth in 10 games.

Narrabri led 14-6 at half-time after Boggabri’s Isaiah Adams crossed for a try just before the break which was converted by Rob Doolan.

The Blues extended their lead to 18-6 early in the second stanza before Boggabri duo Nick Millar and Aaron Hobden went in for a try each to reduce the deficit to two.

That made the score 18-16 which was the way it remained with nine minutes to go when Boggabri was reduced to 12 men after Josh Trindall was sin-binned.

Boggabri fought hard to find a late winner, however, Narrabri halfback Toby Bentley crossed for his side’s fifth try just before the siren sounded as the Blues held on to secure the win.

Rumsby told Group 4 Media after the game that his side “won ugly”.

“We got out of jail,” Rumsby said.

“To be honest the only positive was we came away with the win.

“It was a bludger of a day in the conditions, blowing a gale and raining, not the best day for footy, but we were just as bad, we were terrible.

“We dropped too many balls and made too many mistakes.

“Boggy played well too, they shifted the ball well. Their halves played well. We’ve got a few things to fix up before we play [Kootingal] at home next Sunday. It’s the biggest game of the year for us.”

Kootingal remained a point ahead of second-placed Narrabri at the top of the table when the Roosters scored their ninth win of the season on Saturday.

They downed fourth-placed Moree 24-8 at Kootingal in round 10, while third-placed North Tamworth Bears downed sixth-placed Gunnedah 36-22 and Dungowan jumped above Werris Creek from last into seventh with a 12-0 victory.