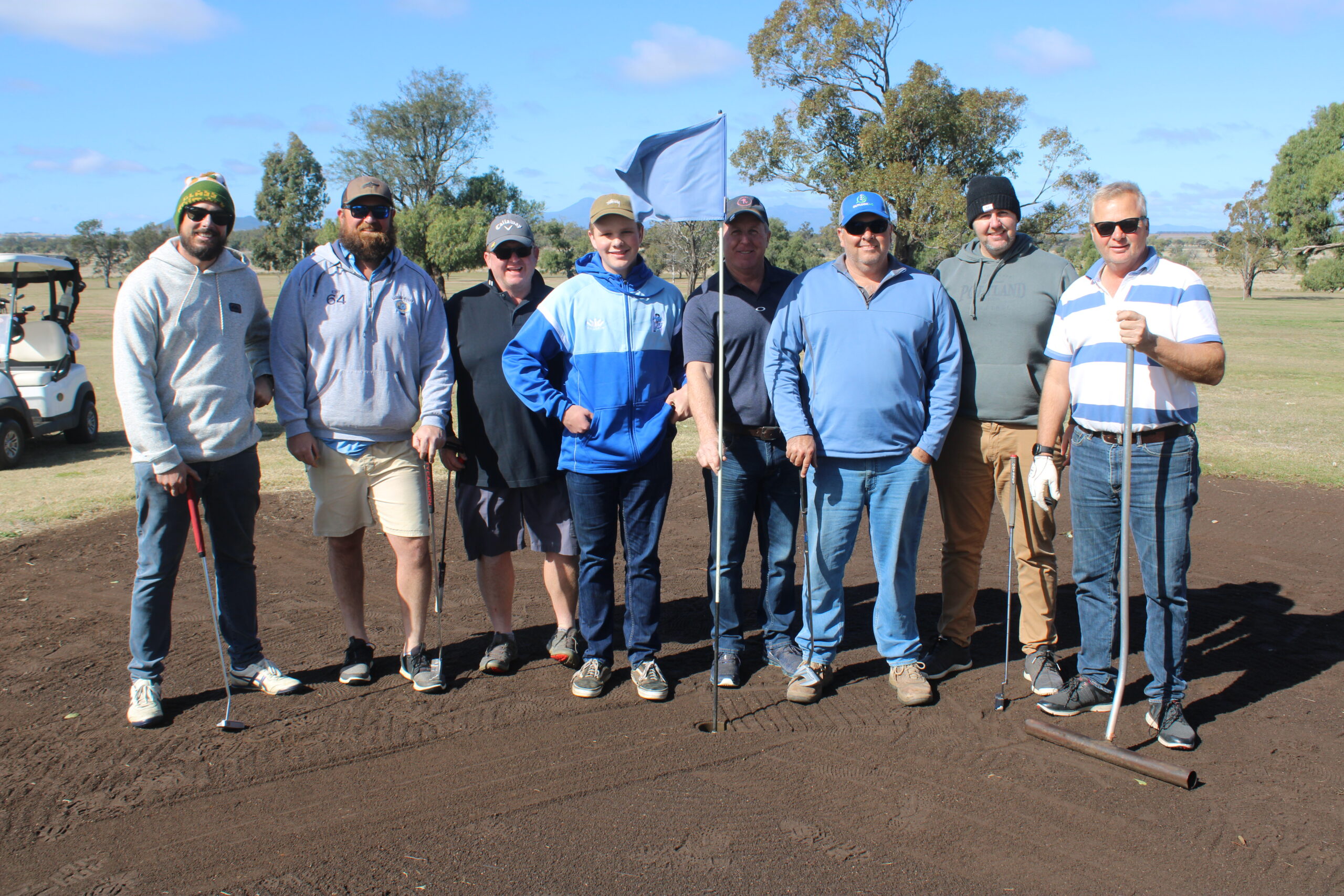 Bellata Golf Club hosted its annual men’s open day on Sunday at which 53 competitors took to the nine-hole course to contest the 18-hole individual stroke event.

Participants were also treated to a home-cooked lunch prepared by the Bellata lady golfers which proved to be popular.

The winner of the event was Damian Galvin who was the A-grade gross winner with a score of 72.

Finishing two shots back as the A-grade gross runner-up with 74 was Adam Taylor.

The event’s A-grade nett winner was Ken Nolan who totalled 66 nett, and Lachie Smith was the A-grade nett runner-up with a 71 nett score.

Todd Farrer on a countback from Paul Miller who also had a nett score of 74.

There was also a $10,000 hole in one prize sponsored by Outlook Ag which was not won.