Vested for a Cause challenge inspires a mammoth effort in 2021 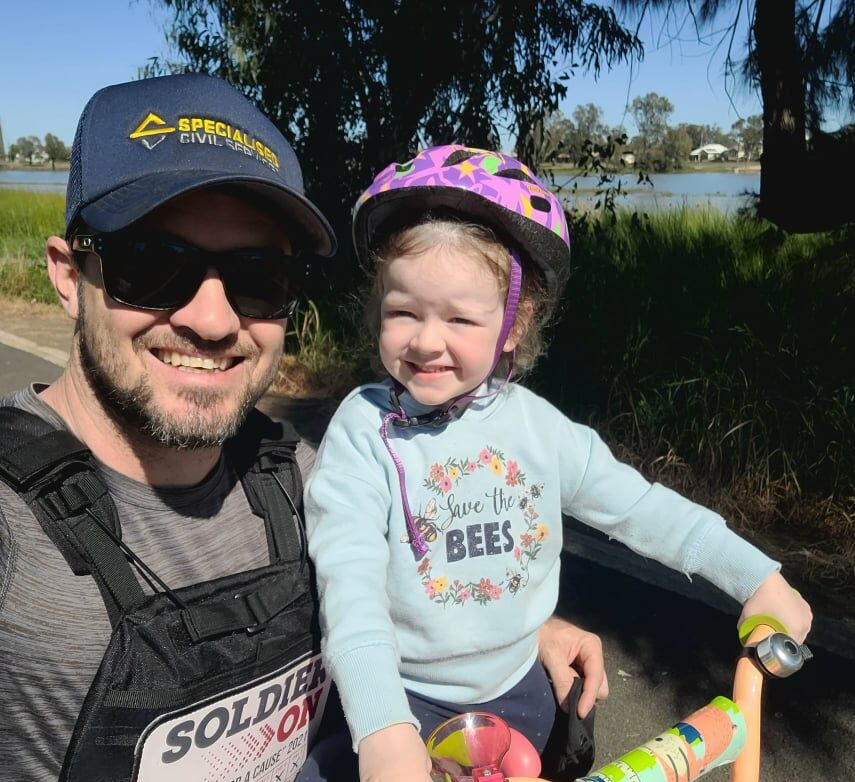 Lachlan Woolford proudly dons the vest during a lake walk while his daughter Emerson sets the pace on her bike.

It may be over for another year, but Vested for a Cause will definitely be back in 2022.

And just as it did this year, challenge creator Lachlan Woolford promised it would return bigger and better next year.

Mr Woolford is a serving member in the RAAF Reserves and he previously served 12 years in the RAAF as an Avionics Technician. He was deployed on numerous exercises both within Australia and overseas, and he also completed a four-month deployment to UAE as part of Operation OKRA.

After being discharged, he relocated to his hometown in Narrabri where he has since settled with his wife and daughter.

Mr Woolford told The Courier last year that since being discharged, he had noticed that there was little to no support for past serving members like himself outside of capital cities.

That inspired him to help make a difference and inspire change, and from there the Vested for a Cause campaign through the Soldier On fundraising portal was born.

During the 31-day campaign in October 2020, Mr Woolford wore a 10kg weight vest continuously during the month, only removing it to sleep and shower.

The significance of the vest is that when you finally take it off, the weight is removed, however, the weight of PTSD on returning servicemen and women is a weight they constantly bear and cannot simply be taken off.

After the success of the campaign, in which more than $10,000 was raised and invaluable awareness of the glaring issue was created, Mr Woolford knew he could grow it into something much bigger in 2021 – and that he did.

One vest turned into 16 as a teams challenge was created and a few more individual entrants came on board.

Mr Woolford led from the front as he increased his load to an astounding 16kg.

All together, 40 people wore vests across both Narrabri and Gunnedah during September which included six solo entrants and seven groups.

“I set the teams an individual goal of $1000 each, that was for both the individual and group teams,” he said.

“It wasn’t so much about giving them a target to hit, I didn’t want it all to be about money at the end of the day, it’s about raising awareness and making sure veterans know that there is support for them out there.

“But that money really is so helpful for Soldier On to be able to provide that support, you can’t get anything for free.

“I set that low target for each team so it didn’t seem like it was a massive target to reach, it’s more about the vests.

Mr Woolford said he was thankful for all of the community support he, his teams and the cause itself have received this year.”

“To my teams, thank you, you have done us all proud,” he said.

“You have shown the true value of what it takes to support your mates. You have not only backed yourselves but me as well.

“Congratulations and well done, now kick up your feet and enjoy the weightless feeling, you have all earned it.

“To my sponsors, without your help this year’s challenge would not have gone ahead. Your efforts behind the scenes kept me on track leading up to the start of the month. Thankyou.

“To all our friends and family, we truly appreciate your support.

“Without your love, open arms and tentative ears, our gripes and whinges of ‘this thing is heavy’ and ‘I can’t wait for the month to be over’ comments every day would have been wasted.

“To our supporters, we are blessed to have you behind us all. You back us when the times are dark, you pick us up when we are down.

“Last but not least, thank you to all those who have liked, shared, followed and donated towards our cause.

“From the smallest of donations to the more generous – every single cent is a gift that is cherished by all veterans.

“We do what we do to make sure that everyone single person, all our loved ones live safe in our country.

“This funding supports us when we have given our all.”

Mr Woolford said that he would like the challenge to naturally expand each year and he has set his sights on Tamworth for 2022.

“We have a lot of vets out there,” he said of Tamworth.

“Due to COVID I wasn’t able to get out to Moree or Tamworth this year.

“Ideally I want to get out to those areas as well.

“We can get a lot more backing in a regional city, but for it to grow out there I’m going to need help.” 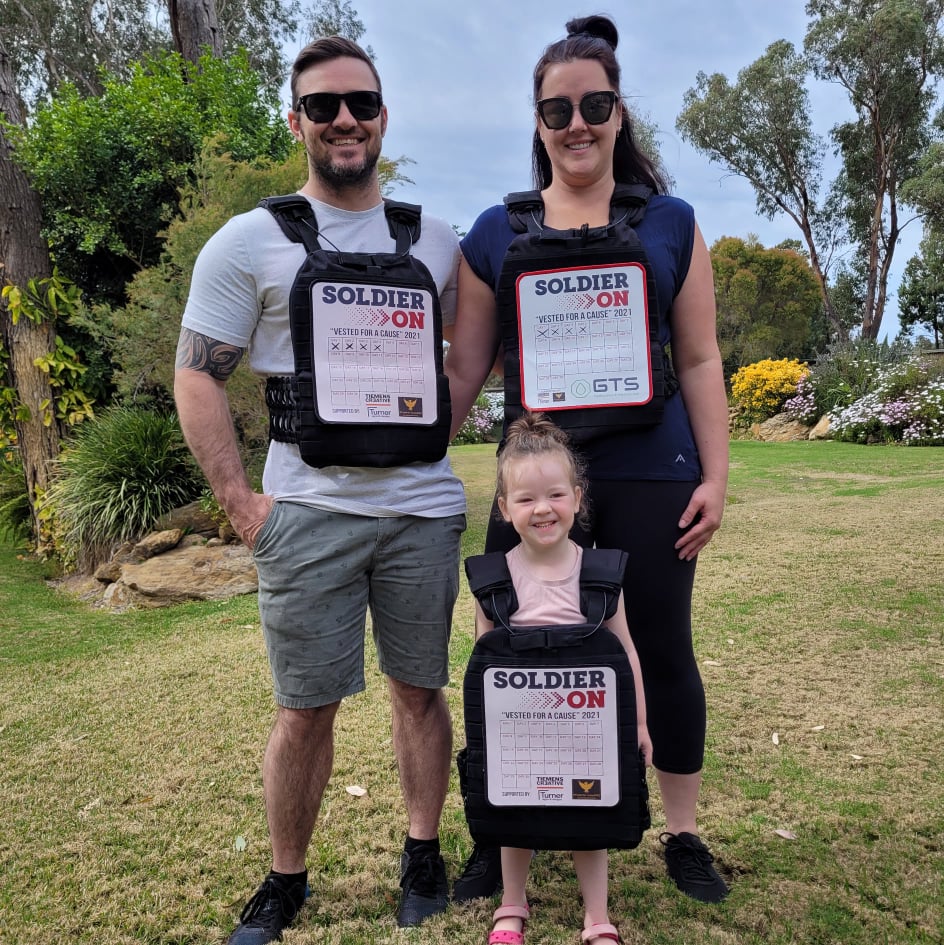 Lachlan and Sam Woolford, and their daughter Emerson, pictured vested up for a great cause. 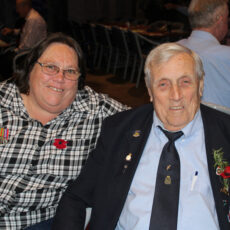 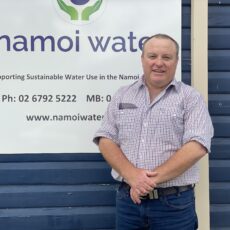