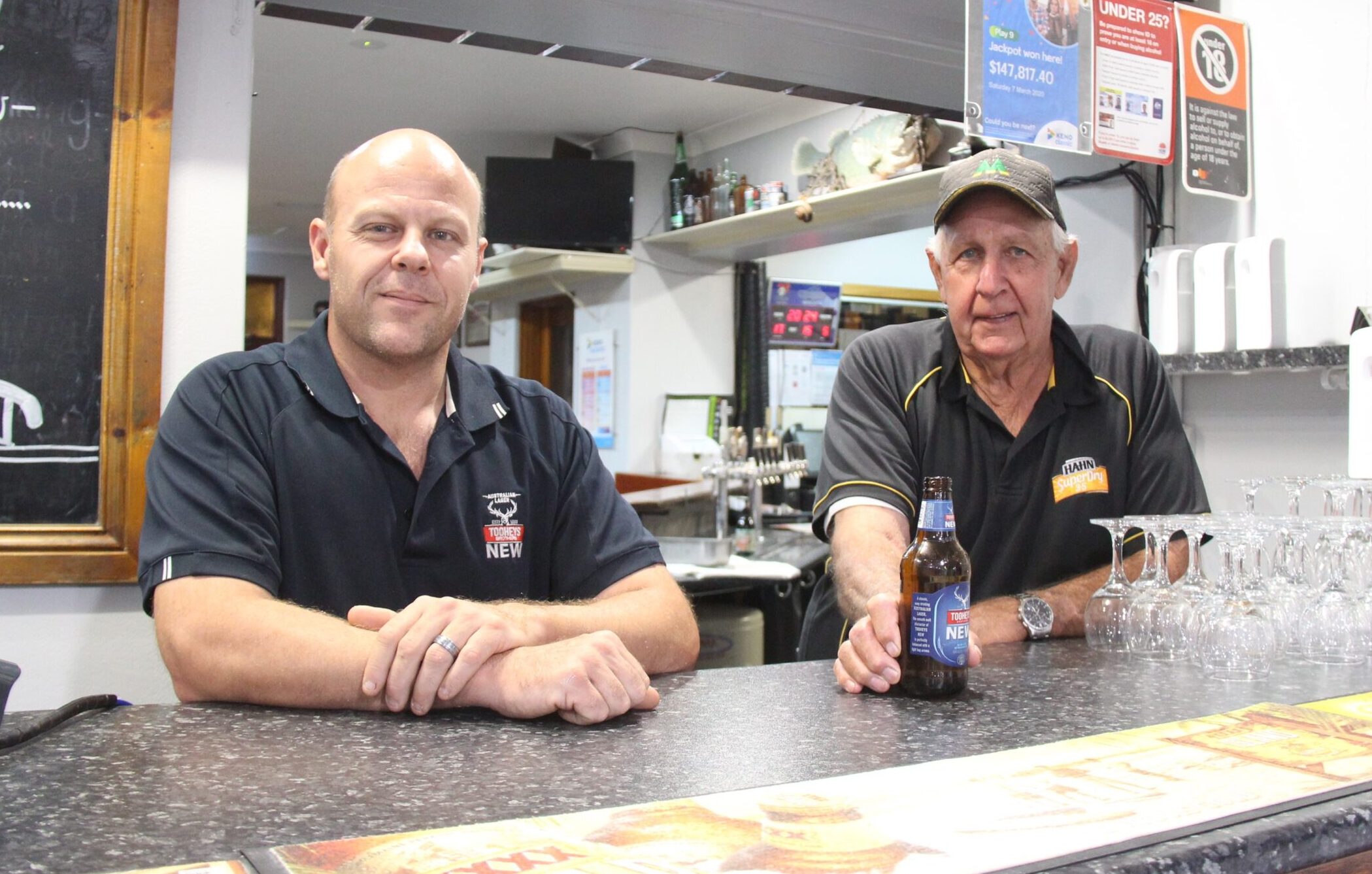 After 17 years of ownership, the Noble family has sold the Imperial Hotel. Pictured here is Luke and his father Barry Noble who together, have managed and owned the hotel for close to 20 years.

Mr Noble said the popular pub was sold to businessman Sashidhar Medam on October 25 and the sale signalled ‘the beginning of a new era’ for both the hotel and his own lifestyle.

“I want to spend more time with my family,” said Mr Noble.

“Doing 15-hour days, most days, meant my wife Melissa and daughters Abby and Emily were getting the raw end of the deal.

“I have no idea what we’re going to do yet – for now, we’re just enjoying spending some time together as a family.”

Mr Noble said he didn’t know the new owner’s future vision for the Imperial, but he wished them every success running the business his family worked hard to build up through many highs and lows over the years.

From droughts and floods to bumper seasons, the COVID-19 pandemic and changes in regulations, the Imperial Hotel has always aimed to be a welcoming watering hole for locals, families, community groups, travelling workers and visitors.

Offering a delicious feed, a cold drink and entertaining company to anyone who walked through the door.

“It could be tough, but it was also very rewarding,” said Mr Noble.

“It’s been great meeting all the characters – your locals and it’s always nice to meet visitors too.

“I’ll remember the people who were there every day and their cheeky stories.”

Mr Noble described the role of a publican as a “counsellor, best friend, doctor” and more.

“We wear multiple hats,” he said.

“You want to create a place where people want to come and be able to relax, and where everyone feels like a mate.”

The Imperial has historic and iconic status because it was the first three-storey building built in North West NSW.

Its striking iron lace verandahs have also made it one of the most photogenic pubs in the country.

Mr Noble said it was his father Barry who first took an interest in buying the establishment, and soon after a deal was done “over a few beers” with its then owners Kevin and Sue Rossiter.

“He said to Mum (Jannette Noble) the next morning – ‘I may have bought the hotel’.

“Dad always loved the idea of owning a pub,” he said.

“I only came here for six months, and it turned into years.

“We’ve had a lot of good and a few bad moments.

“Daft Punk coming to Wee Waa was probably the biggest thing to come to town since cotton.

“But at the end of the day it’s the staff and customers who’ve made the business.

“I might’ve been the one with the keys but it’s the characters and people working behind the bar who made it.

“Losing ‘Bear’ (John Wilson) was the hardest thing; he was the rock of the hotel.

“I’d like to thank all the staff for their support, Ernie Maxwell has worked there on and off for 40 years.”

Mr Noble said he was forever grateful to the locals and community organisations who hosted different events at the pub, including the Lions Club, Rotary, Show Society and polocrosse committees.

“The pub wouldn’t still be there without all those people,” he said.

“It wouldn’t have been possible without my family, my staff, new and old friends, and the support of customers through the good times and the hard times.

“We’ve had the worst drought in 100 years, but we all banded together and got through it.

“So, I’d like to thank everyone for their patronage and support and hope to catch up over a beer one day,” said Mr Noble.