Are we in a housing bubble? 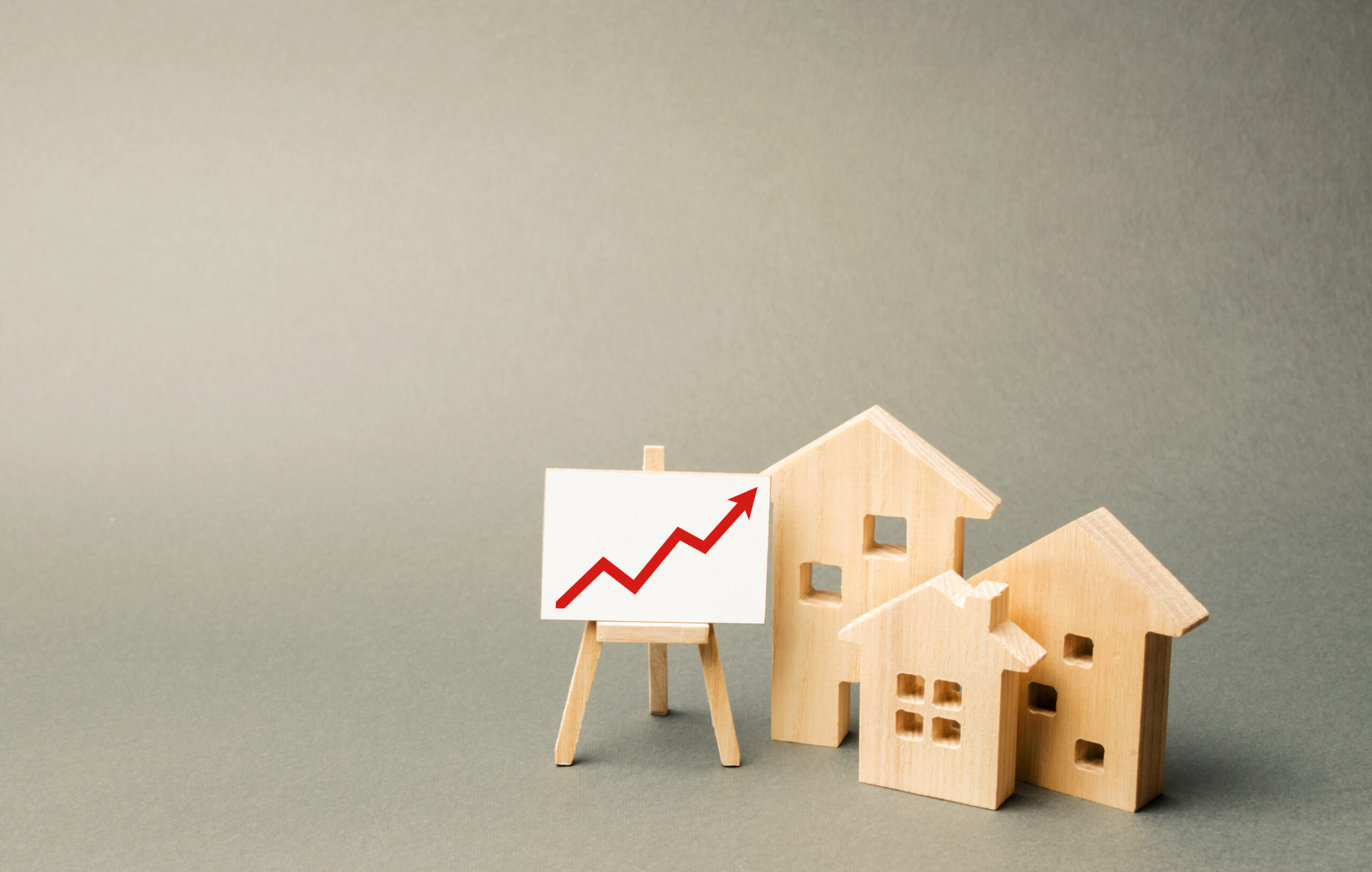 As mainstream media starts to shift its attention away from all things COVID, the focus returns once again to the popular media topic of the plight of the real estate industry.

I thought it was interesting to note that in Saturday’s Sydney Morning Herald, you had to turn to page 9, to the bottom corner of the page to read a tiny article about any COVID news, while the future of real estate prices commanded a double page spread.

It is certainly welcome news that we are no longer saturated with constant updates about the pandemic, vaccination rates, lockdowns and the like and we are starting to see a sense of normalcy returning to our lives.

Our own family just enjoyed an emotionally charged weekend reunion with long lost siblings and cousins who were finally out of lockdown, a beautiful reminder of the importance of family and the value of the simple things in life.

As our collective attention shifts to other matters, the ongoing nature of the current housing boom is chief among them.

Lately I have had many people asking if I believe we are in a housing bubble and if there is a price correction in the market just around the corner?

Before launching into a lengthy exposé on the future of our market, it is worth reflecting on two of the key drivers in any market, and surprisingly they are not core market fundamentals but rather two powerful human emotions – fear and greed.

These two emotions show up time and again as the key driving forces behind markets surging strongly, either in positive or negative directions.

When things are good, people want to get involved with an upward trending market and believing that the ‘going is good’ and always will be.

Fear of missing out (FOMO) also leads people to jump into the market, not wanting to miss the boat or be priced out of the market.

This consumer sentiment and optimistic outlook drives more people into the market, increasing demand from buyers and further shortening the supply or available properties to buy.

As a result, the market continues to rise even further.

Similarly, in a falling market fear and greed again feature.

Fear of paying too much leads people to procrastinate about buying, preferring to sit on their hands and watch the market.

Bargain hunters also are loath to jump in too soon, hoping to see the market hit rock bottom before bagging a bargain.

This lack of demand from buyers results in an over supply of properties on the market, further spoiling buyers for choice and leading to even more procrastination as buyers wait to see what else might come up for sale at a cheaper price.

Vendors who wish to sell in such a market are forced to significantly reduce their price expectations in order to price their property attractively in this sort of depressed market.

Picking the peak (or the bottom) of a market is only reliably possible with the benefit of hindsight – we only know a market has peaked once it starts to fall!

Presently the fundamental outlook for the market remains relatively unchanged and so there is little evidence to suggest that any change to the market is to be expected.

Interest rates remain low, employment in our region is strong, and despite the rain affected harvest, the outlook for our farmers is still very positive.

Fortunately for buyers in our region at present, the market while buoyant, has not experienced the dizzying growth in metro areas that is often reported on in the news.

A decade later and our median house price is now sitting at $340,000, equating to growth in the market of 26 per cent.

This growth, while healthy, pales in comparison with some of our metro cousins – Mosman median house price was a chunky $2.3m in 2011, but now sits at a staggering $4.95m – growth of 115 per cent!

Newcastle’s coastal suburb of Merewether would set you back $715,000 to buy into in 2011, but now commands a $1.83m price tag, growth of over 155 per cent in the last decade, with this year accounting for 26 per cent growth alone.

These staggering numbers certainly show the red-hot market conditions that exist today, especially for those buying into the cities.

It is this growth that has economists concerned and has seen pressure mounting on the Reserve Bank to move interest rates to take some of the heat out of the market.

While the above figures may seem alarming, when you track the last 30 years of market conditions in Mosman and Merewether, there have been several ‘housing booms’ throughout the decades.

Yes, then it was followed by two years of negative growth, but it fell by just 1.5 per cent, before starting to climb again in 2005.

Merewether experienced sustained market growth from 1999-2005, growing by a whopping 110 per cent during this time.

The market correction that followed in 2006 saw the market fall by 8.9 per cent, still leaving a very healthy net gain of 101 per cent over this seven-year period.

So what is the lesson? During times of growth, markets find a new pricing level that becomes the benchmark for the market.

While the growth generated from a red-hot market may slightly overshoot the new fundamental price point, the correction that follows rarely sees significant falls.

The result is a new average house price that is significantly and permanently higher than before the boom.

So rather than thinking of a housing bubble than can go ‘pop’ and collapse, think rather of a ‘housing balloon’ – rather than popping, the balloon may let some air escape from it when the heat comes out of the market but it still stays afloat.

This is the lesson that history can teach us – any correction to the market that may come, is unlikely to undo the significant growth that the market is currently going through.

So if you are sitting on the fence ‘watching’ the market, don’t make the classic mistake of waiting too long only to realise that the market has shifted permanently. 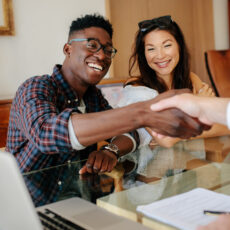 How to choose an agent

By Ben Hennessy (HENNESSY REAL ESTATE) So I often get asked about what’s the difference between agents, what should owners be looking for when they are choosing an agent to sell their home, or even buyers starting off on their house hunting journey. To the casual observer it may seem that all real estate agents are created equal and that there is very little to differentiate between them. From the outside looking in, I can understand this – agents just take a few pictures, whack it up on the internet, bang up a for sale sign and wait for the […] 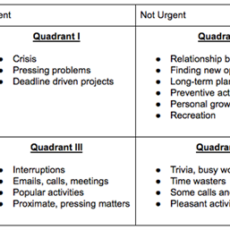 How busy are you?

By Ben Hennessy (HENNESSY REAL ESTATE) Have you noticed how often the word ‘busy’ features in our day to day language? We might answer a friend’s greeting by telling them how busy we are, respond to our loved one’s greeting at the end of the day by telling them how busy our day was, or finally catch our breath during the day and tell ourselves what a hectic, busy day we are having. There is no doubt the pace of life seems to be on an exponential curve – the older we get the faster time flies and the busier […] 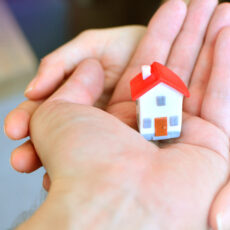 Real estate has been around for a very long time. From warring tribes seeking to control the most advantageous land, to feudal lords charging peasants rent for the land they occupied, through to the sophisticated system of property ownership and occupation that now exists, it has evolved significantly through the ages. Its consistent place in history is no surprise when you consider it is one of the four basic human needs for survival – food, water, air and shelter. Our definition of ‘shelter’ may have come a long way from decorating our cave with rock paintings, but there is no […]