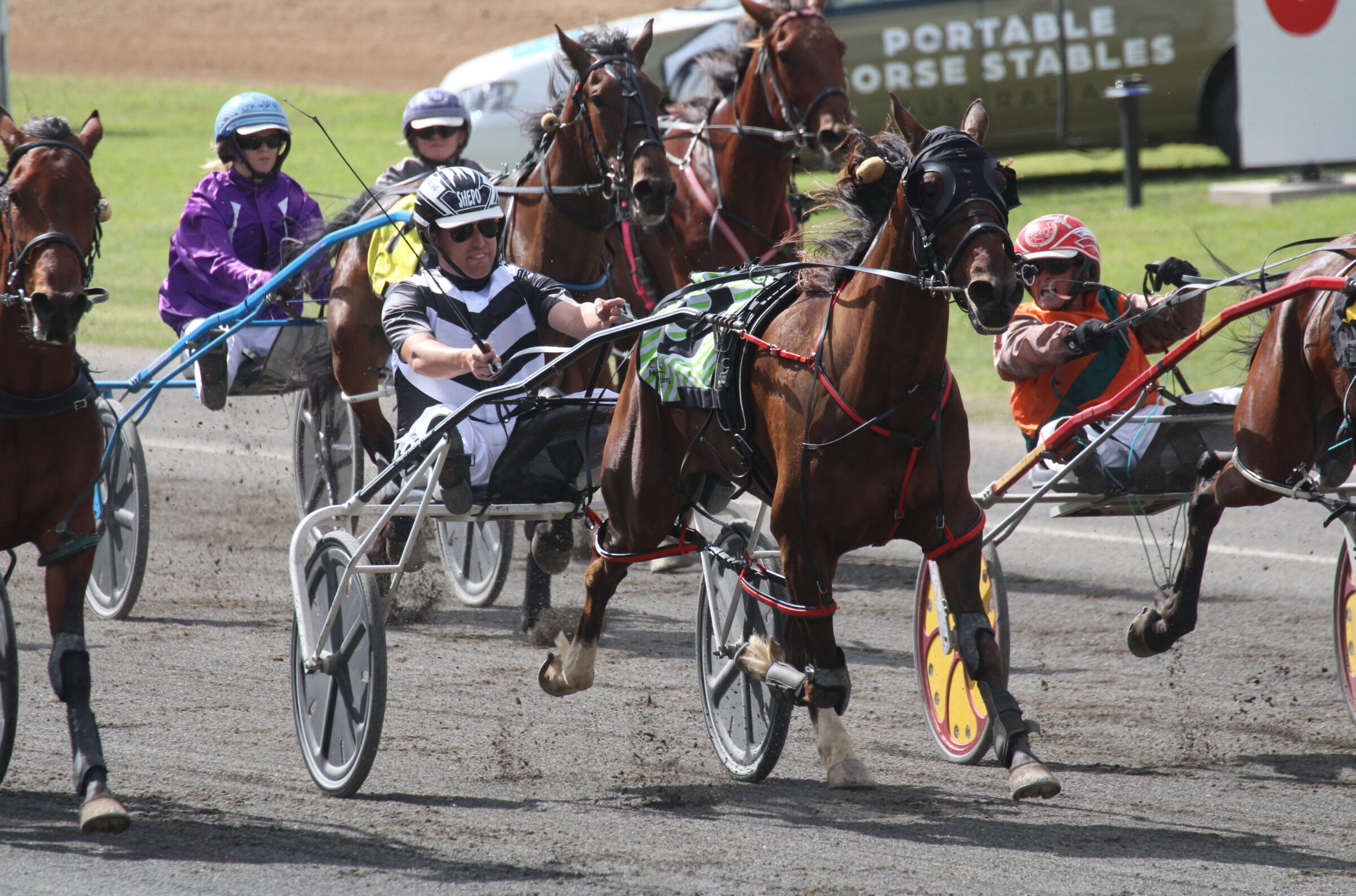 They were all in action across back-to-back races in the fifth and sixth on the eight-race program.

The fifth race of the day was the 1609-metre KTR Standardbred Stud Pace (NR up to 49) in which Narrabri reinsman Chris Shepherdson drove Killara Insanity to a second-placed finish.

The five-year-old gelding started as a huge outsider at $51 but managed to race past the finish post ahead of eight of his nine opponents.

Only the Rodney James-trained, Blake Hughes-driven pole position favourite Fantasy Money, which won by eight metres, was able to finish ahead of Killara Insanity.

Killara Insanity is owned by Neil Drysdale and Chris, Garry and Peter Shepherdson. He has now raced to four top-two finishes in his past eight starts.

In the sixth race of the day, which was the 1609-metre Pit Express pace (NR up to 52), Sahara Jewel and Yellow Bow both started from the second row and finished in second and third place respectively.

The Hetherington-trained Sahara Jewel was driven by Murray Sullivan and the duo ran home five metres behind the Anthony Varga-trained-and-driven winner Somebeachsomegift.

Chris Shepherdson drove Yellow Bow and they charged home less than a metre behind Sahara Jewel in third place.

The next meeting scheduled to be held at the Tamworth Paceway is on Thursday, December 2.