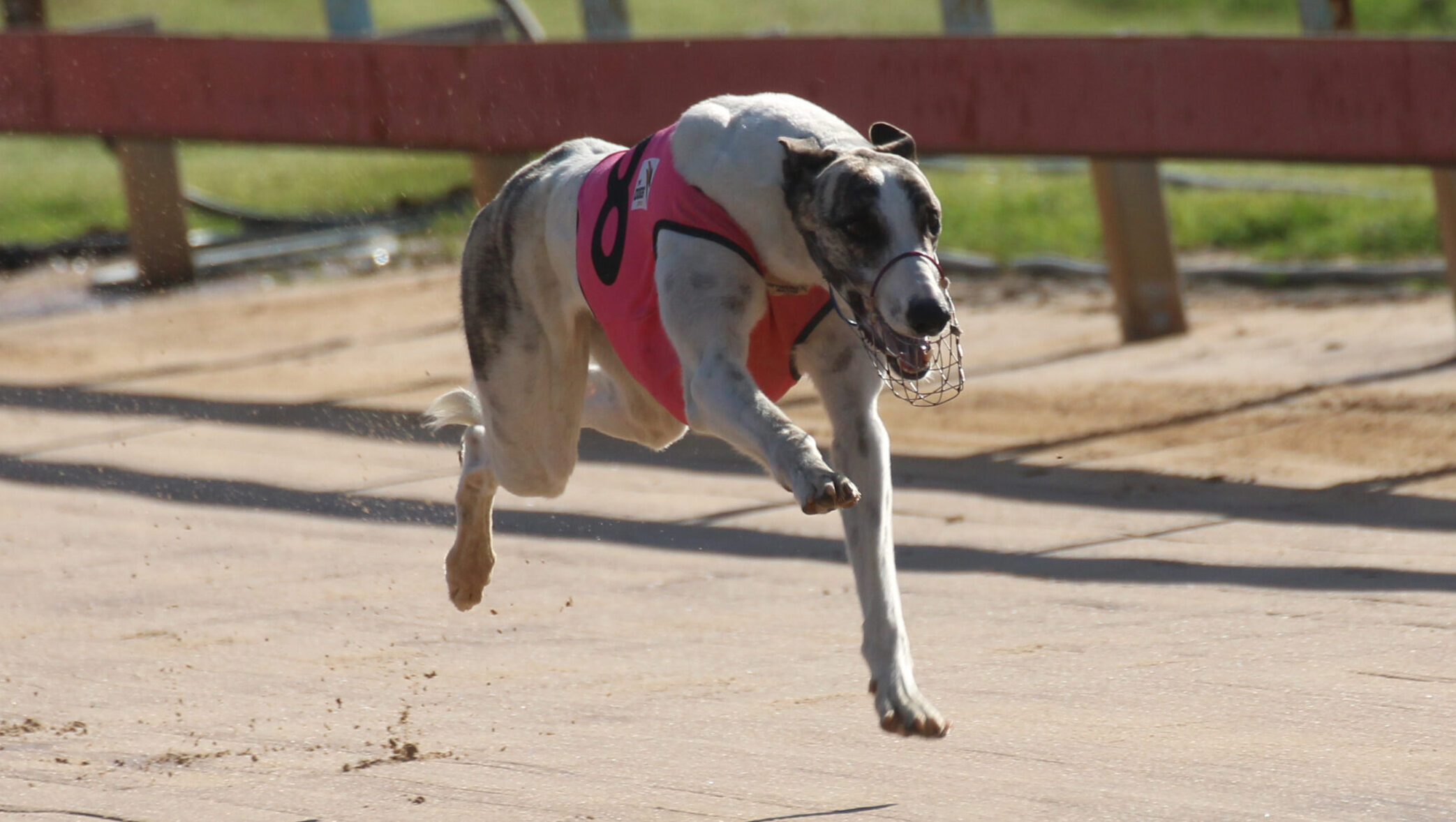 He lined up in his debut grade four/five race from box eight and won the 431-metre event easily.

Just as he did a week earlier in a dominant grade five victory, Lagoon Dark Eyes required a few seconds of racing to get across and meet the quickest inside runner after starting from the wide draw.

He joined the William Marmara-trained Gunnedah Girl (box four) as the race’s two early front-runners before establishing a comfortable lead with about 250 metres left to run, one which he would never relinquish.

He charged down the final straight in style to earn himself a 431-metre race personal best time of 24.84 as he defeated closest rival Wild Syrene (box two) by almost one-and-a-half lengths.

Lagoon Dark Eyes now boasts a sensational 75 per cent winning rate following six victories from his eight starts. He placed second in the other two races in maiden events, which were on debut and in his second start, and has earned $8320 in prizemoney across his young career.

He has managed to do all of that before his second birthday, which he will celebrate on December 4.

Campbell told The Courier that the Bellata bullet was an energetic dog that loved to race.

He predicted that Lagoon Dark Eyes would face tougher competition in his next few starts as he is expected to be placed in higher graded races against faster opposition.

His next race is scheduled for this Thursday. He has been drawn a box six start in the fourth race of the day which is another 431-metre grade four/five event.

Meanwhile, two Wee Waa-trained greyhounds were in action at the Gunnedah meet last Thursday, which both raced to minor podium finishes.

Fire Fly Angel jumped from box one in the fourth race of the day and charged home to a second-place
finish for Colin Anderson.

The two-year-old bitch started well and led the 340-metre event at one stage before being overtaken by the Glen Muller-trained Lily Girl (box two).

Fire Fly Angel was then forced to settle for second as Lily Girl won by two-and-a-half lengths.

Lagoon Lockdown then jumped from box one in the following race and placed third for Tim Anderson.

The Wee Waa greyhound led for the majority of the 527-metre no grade race before being edged out by the Matthew Capper-trained winner Capper’s Girl (box six) and the Allan Ivers-trained runner-up Minor Miss (box four) by less than a length.