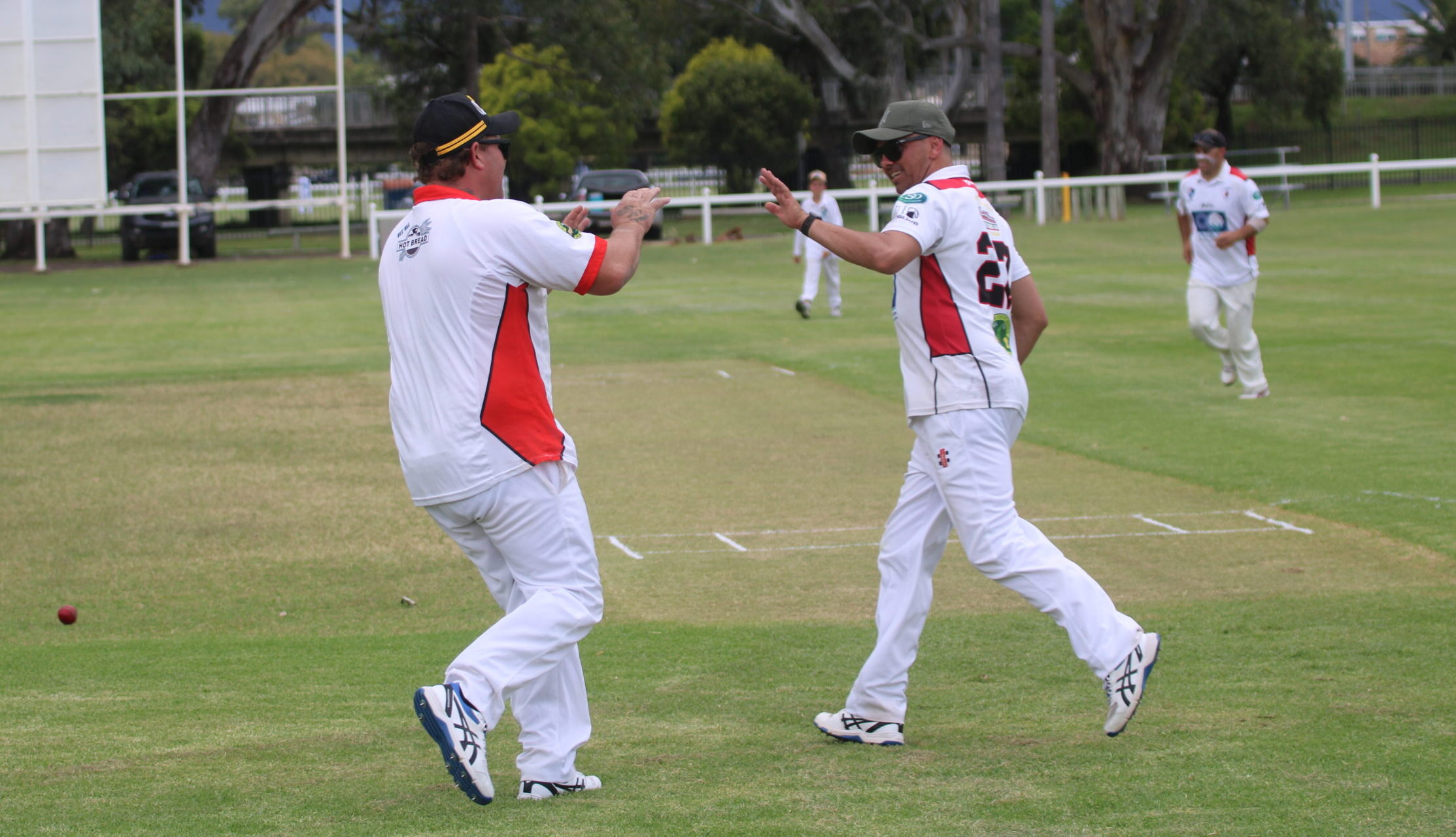 Saturday was a bittersweet day for local cricketers who took the field for the first time in the four-week-old 2021-22 Narrabri District Cricket Association season before rain arrived and washed away the remainder of the day’s play.

The four NDCA clubs had already endured a frustrating start to the new campaign, during which the first three rounds of first grade one day and second grade T20 matches were all washed out.

Three of the four scheduled games went ahead on Saturday after Tourist Sports Bar forfeited its second grade game against Tatts, but all three of them suffered the same fate as the first three rounds.

That match was well and truly in the balance at the 15-over mark when the two sides left the field for the first drinks break as the rain first began to fall.

The defending champs started on the front foot. They were cruising at 0-20 after just four overs before the Razorbacks’ opening bowler Josh Trindall delivered a wicket-maiden in the fifth to dismiss Tough (5), who was caught by the fielding side’s captain Justin Knight.

The Razorbacks used four bowlers on the day, all of whom took a wicket.

Trindall’s opening bowling partner Dustyn Allen struck in the eighth over when he dismissed Jake Thurston (2), who was caught by Daniel Hamilton at first slip which made the score 2-24.

That became 3-25 in the 10th over when Clay Hoffman replaced Allen at the swimming pool end and trapped Zaac Brayshaw (11) in front.

The Razorbacks then took another in the 11th over when Chris Smith replaced Trindall at the bridge end and removed Alistair Wheeler (0), who was also caught at first slip by Hamilton.

That wicket left the defending champs struggling at 4-25 before brothers Cooper and Jake Brayshaw combined for a 24-run partnership to get the RSL innings back on track.

The duo went into the drinks break unbeaten, Cooper on 12 runs and Jake on 11, before rain ruined both sides’ hopes of winning their first game of the year.

The other first grade match was played at Leitch Oval, where Tatts won the toss against Tourist Hotel and elected to bat first.

That game came to its abrupt conclusion at the end of the 14th over when the score was 3-33.

Tourist Hotel’s Luke Baker took his team’s first wicket of the season in the fourth over when he dismissed Tatts opener Kurt Hatfield (3), who was caught by Sudintha Perera.

That made the score 1-12, which became 2-13 the following over when fellow Tatts opener Rod Kirk (7) was caught by John Lawlor as Jordyn Mowle claimed his first wicket of the day.

Mowle took another in the seventh over of the innings during which he dismissed Jonty Schwager (0), who was caught by Brady Jenkins.

That left Ash Watt and Craig Gleeson at the crease, who combined for an 18-run partnership before rain forced the teams from the field. Gleeson finished unbeaten with 10 runs and Watt remained unbeaten on five, while Mowle finished the day with best bowling figures of 2-13 from six overs.

The other game to get underway on Saturday was a round one second grade one day competition clash at Hogan Oval between RSL and Tourist Hotel.

RSL batted first in that match after losing the toss and being sent in and the side was 3-27 after 10 overs before the game was abandoned.

The four clubs have now turned their attention to this Saturday’s week five matches, which currently look unlikely to be played, with more rain forecasted from tomorrow, up to and including Sunday.

Should the day’s play go ahead, the round five first grade games will see the Razorbacks challenge Tourist Hotel at Collins Park and RSL meet Tatts at Leitch Oval, and the round two second grade games would see RSL play against Tatts at Gately Field and Tourist Hotel go head-to-head with Tourist Sports Bar in Wee Waa at Dangar Park.