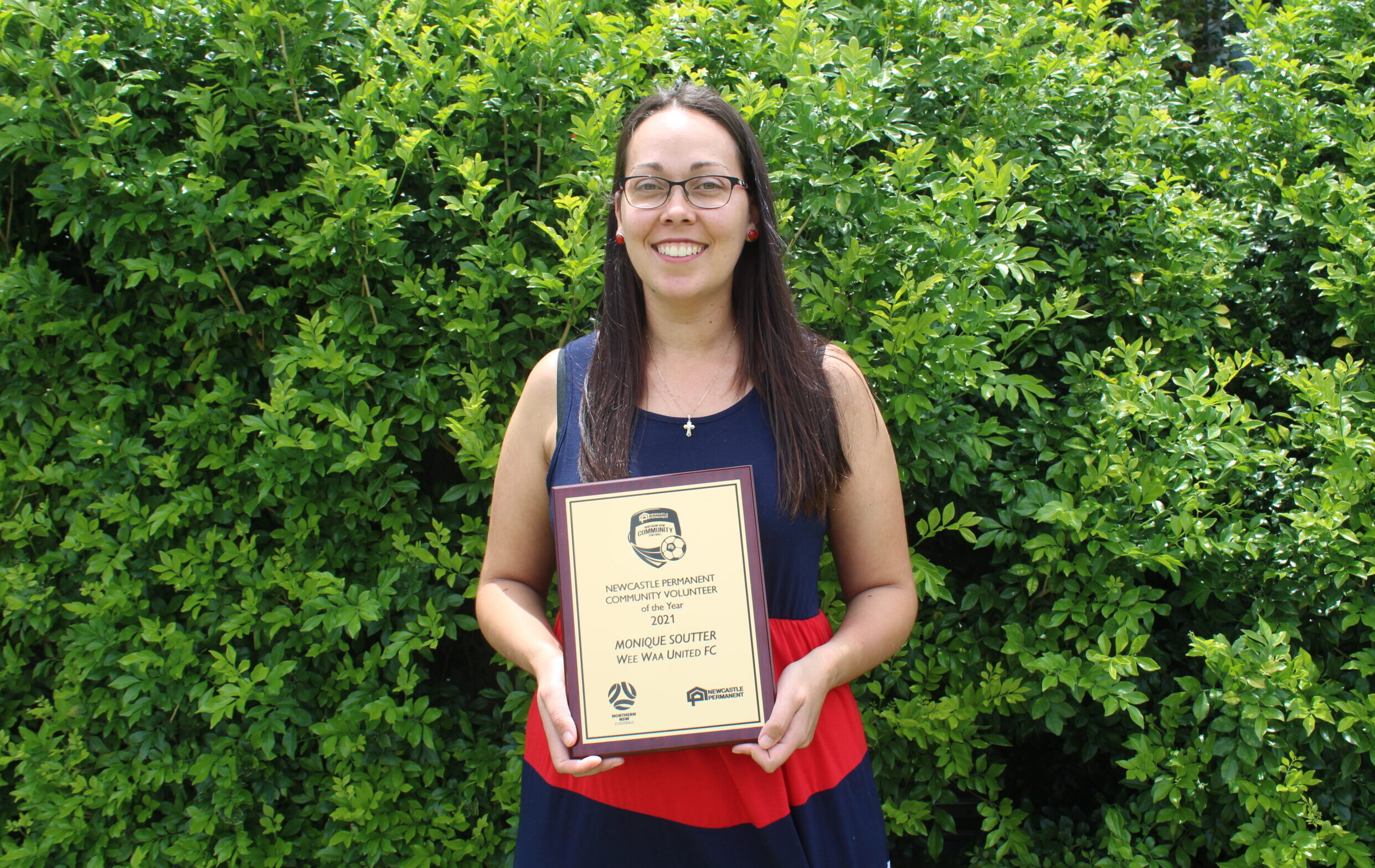 President, player, wife of the first grade coach, setting up each match day, packing up after both junior and senior games, working in the canteen and most importantly a mother of three – Monique Soutter really does it all at Wee Waa United FC.

After moving to the town her mother grew up in back in 2010 to take up a teaching position at St Joseph’s Primary School, Monique and her then-partner and now-husband Shane Soutter decided to join Wee Waa’s local soccer club.

While they only intended to sign on as players, they almost immediately took on positions on the committee and have been instrumental in the club’s success both on and off the field ever since.

Now, almost 12 years after arriving in Wee Waa, the time has come for Monique and Shane to say goodbye.

Along with their three children Kobe (8), Matilda (5) and Aaron (2), they will relocate to Nambucca Heads in December after Monique accepted an assistant principal position at a school in Macksville.

They will be missed by the town they have called home for many years, and especially by Wee Waa United FC.

Monique has been proudly one of the driving forces behind the success of both senior and junior soccer in Wee Waa during her time in the town.

She has spent most of her years on the club’s committee as its vice-president and has always gone above and beyond to do more than she was required or asked to.

Monique’s hard work, dedication and love for her local soccer club, especially during her first year as its president in 2021, were recently acknowledged when she was named the Northern NSW Football volunteer of the year winner.

“It really did mean a lot to me,” she told The Courier after receiving her latest award.

“There’s a lot of work that goes on behind the scenes that aren’t really hard, but just time-consuming.

“When I didn’t have any children, it was a lot easier to do those things, but as the years have gone by and with three children now it’s become quite challenging.

“People don’t always see everything that you do, but I was nominated earlier in the year for the volunteer of the month award which was a really nice surprise that someone noticed, I was really grateful.

“But at the same time there’s a little part of me that feels guilty because there’s so many wonderful people at our club like Anne Shearin and Shane Kable who have been around for ages and have always done so much to help the club.

“Then you’ve got the Laws and Lubkes in Narrabri and Darrell Smith in Moree who do a lot too.

“So I’m very happy and humbled by the award but a little bit guilty too because there’s a lot of other people out there that are doing a lot.

“But with this being our last year in the area, it was certainly a lovely way to end my time here.”

Monique and Shane were two of many people who moved to Wee Waa, intending to stay for a short time before falling in love with the town and deciding to stay.

“My mum grew up on a family farm just out on Stumpy Lane, so growing up in Sydney, I always came out here to spend time with my pop and uncle and loved it,” Monique said.

“When I finished my degree, I said to Shane, ‘let’s just go for 12 months, I just want to teach out there then we’ll come back’.

“Well, he got a job on a cotton farm which he loved, and I loved the school here, and almost 12 years later we are still here.

“It’s been really great. We don’t have any family here now, and I’ve had some medical issues over the year, and especially when I was finishing chemo and things like that, I found the community was just amazing.

“Between soccer and school and the church, we’ve built some really great relationships with people.

“Even though we don’t have any blood relations here anymore, there are so many people who have become part of our family.”