Unfinished business: Rumsby to coach the Narrabri Blues again in 2022 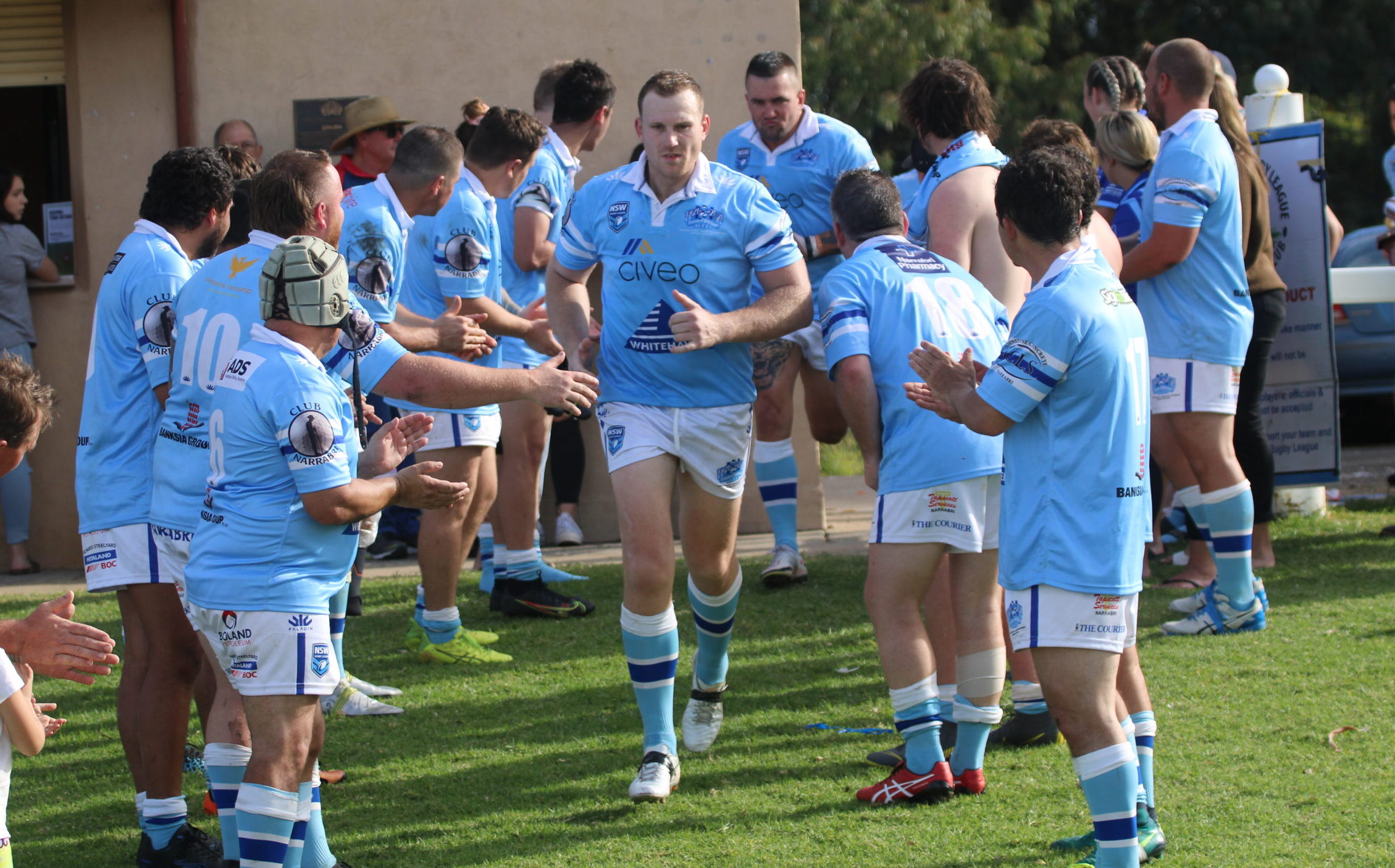 If it ain’t broke, don’t fix it – that’s the approach that Narrabri Rugby League Football Club has taken ahead of the 2022 Group 4 Rugby League season after it announced the re-signing of Jake Rumsby as its captain-coach for next year’s campaign.

The Blues had a memorable season in 2021, which included winning their first top-grade minor premiership in 30 years and defending their way to an undefeated home ground record.

The competition was unfortunately cut short by the COVID-19 pandemic, which saw the finals series scrapped and no champions crowned for the second consecutive year.

Many believed this year’s Blues side had the potential to not only host grand final day at Collins Park but to win the first grade premiership for the first time since 1990.

While that was not to be, a town united by the celebrations of the 100th year of rugby league in Narrabri was extremely proud of its local club.

The architect of that impressive run in 2021 was the side’s captain-coach, Rumsby.

The gun front rower/lock forward well and truly led by example from start to finish.

He finished the 2021 campaign as the Blues’ leading try-scorer and was named in the Group 4 Rugby League team of the year alongside clubmates Sam Sadler and Dennis Gordon.

It took a phenomenal season from Gordon to deny Rumsby the Narrabri Blues’ best and fairest award, but there certainly wasn’t a whole heap between the two.

Rumsby told The Courier he and his teammates were as hungry as ever to win a Group 4 first grade premiership next year, following the disappointment of the 2021 campaign which was cancelled before the finals could be played due to restrictions put in place amid the COVID-19 pandemic.

“I was proud of what we did this year, but it was disappointing we couldn’t finish it off because of COVID.

“All the boys want to go around again, so that made my decision easy to want to coach again.

“We’ll hopefully have the same side again from this year. I know Dennis (Gordon) has left Narrabri for work, but he’s the only one out of the side that won’t be playing.

“The talent is here in Narrabri. We learnt that this year. I’ve said it for a lot of years now, Narrabri has always had the talent. They just need to be on the same page.

“Hopefully, we get the same backing from the players and the town and the sponsors alike, and we should have another good year, hopefully.”

Rumsby said an unfamiliar feeling would be present when next season rolls around, with Narrabri now the team to beat.

“It’s probably unprecedented times for us where we are the number one side now being the minor premiers,” he said.

“It’s now time to train like it and stay there and become winners.

“People will be questioning this year, saying that we didn’t deserve the minor premiership with everything going on.

“That will give the boys a lot more fire when we are playing.”

“It will probably be the same set-up as this year which worked well for me,” the Blues’ captain-coach said.

“Every person who helped me this year did their part, and many hands make light work.

“It definitely wasn’t just me, as I’ve mentioned before.

“They know who they are. They all play an important role.”

Pre-season training will kick off for the Blues’ senior squad next year in early February, but Rumsby urged all returning players and anyone wishing to join the club to stay fit during the offseason.

“As I’ve said, we are coming into this year as the number one side, and every other side is going to want to knock us off, so we will have to be on our game every week,” he said.

“It’s up to the senior players and the coaching staff to drive the standards up for the juniors coming through.

“There’s been too many years at Narrabri where we were there to make up the numbers.

“Everyone needs to train like we are a winning side, and if not, there’ll be someone chomping at the bit to take their spot.

Meanwhile, the Blues hosted their annual general meeting on Sunday, November 14, where their new committee was formed for the next 12 months.

Ros Thorn is the new president after she stepped up into the role which was left vacant by the outgoing Peter Doring, while an entirely new executive includes Adam Moss (vice-president), Ros Rumsby (treasurer) and Jason Dickinson (secretary).