Dawn Armstrong honoured with 2021 Woman of the Year accolade 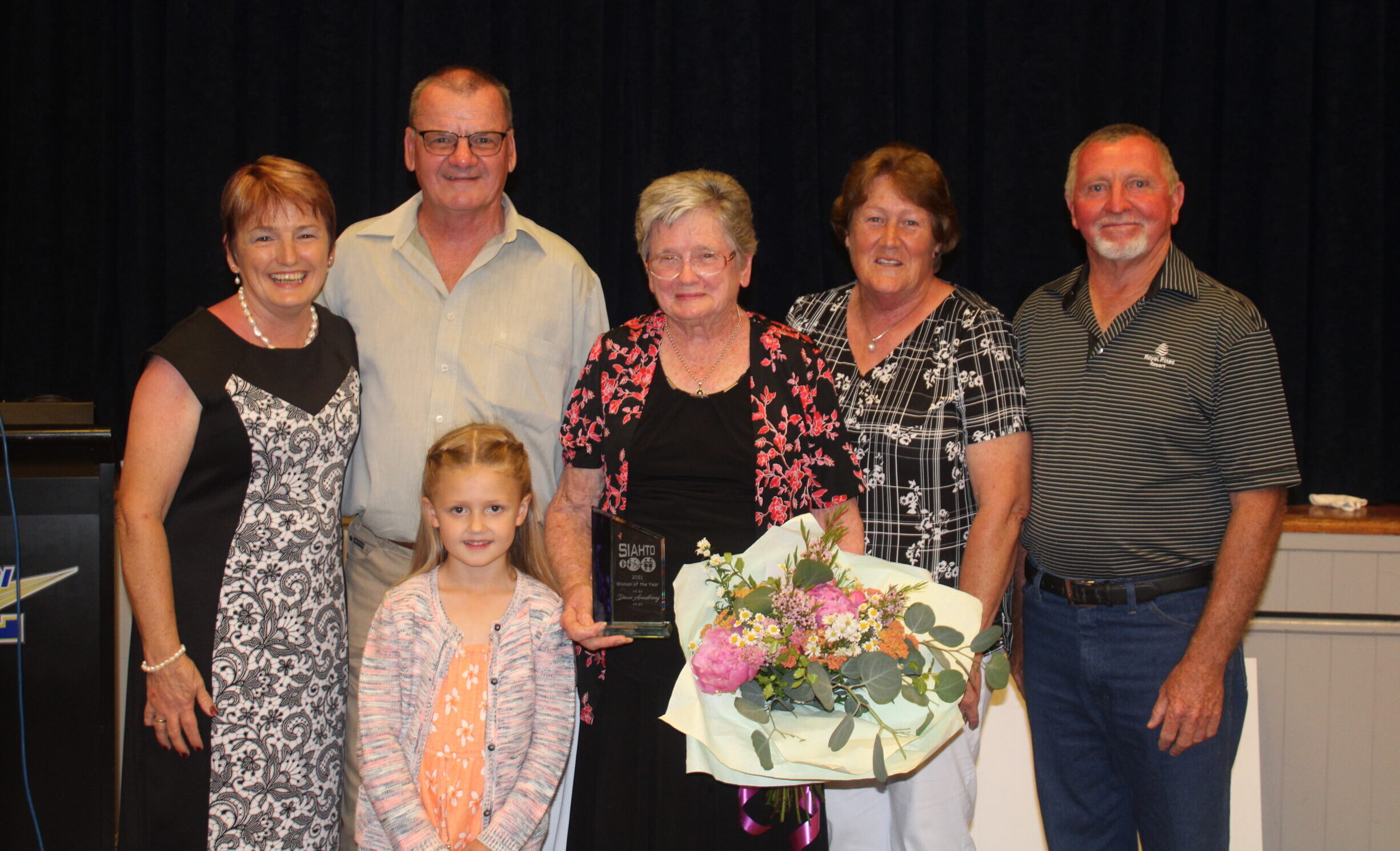 Celebrations were in order for the Armstrong family on Tuesday, when the SIAHTO 2021 Woman of the Year was announced.

Dawn Armstrong was announced the recipient of the award to the delight of the crowd at the SIAHTO annual changeover dinner held at the Narrabri RSL Club.

Mrs Armstrong is held in high esteem throughout the Narrabri district. Celebrating her 90th birthday earlier this year, among Mrs Armstrong’s many achievements is a long list of services to the community that has spanned more than 60 years.

Many locals will recall Mrs Armstrong working in the community. A tailoress at McDonald’s Fashion, behind the counter at Permewan’s Haberdashery, a radio operator for Narrabri taxis, pay clerk at the Town Hall Garage, and the manager of Searle’s Shoe Store, Mrs Armstrong led a full working life whilst at the same time raising three children.

A proud grandmother to seven grandchildren and fourteen great-grandchildren, Mrs Armstrong has enjoyed her hobby of cake decorating, each year providing many beautifully decorated cakes for special events and competitions and donating cakes to charity events.

But it is Mrs Armstrong’s voluntary work with numerous local organisations that is paramount. An active member of Narrabri Lions Club for forty-seven years, Mrs Armstrong supported her husband as a Lions Lady at a local level before progressing to District Cabinet level.

As a charter member of the Narrabri Lioness Club, established in 1985, her dedication to the club is extraordinary.

During her thirty-five years of service, she has held the positions of president (twice), secretary (eight times), treasurer, and various vice president positions over the years.

A wonderful cook, Mrs Armstrong has supported numerous catering events conducted by SIAHTO and other organisations. A member of Narrabri Ladies Bowls for sixty-three years, she was recently made a life member of the club.

And it doesn’t end there. She has been a member of the Narrabri Show Auxiliary for thirty-three years, during which she has worked long, hard hours in the kitchen at every show. She has assisted at the Hospital Kiosk for fifteen years and helped deliver Meals on Wheels for seven years. She is also a member of Narrabri Red Cross for the past six years, she is currently serving as vice president.

Mrs Armstrong is an extremely worthy recipient of the SIAHTO Woman of the Year, and her dedication to a wide range of clubs and organisations in our district is indeed impressive.