Murphy proud of youngsters’ efforts at Champion of Champions event 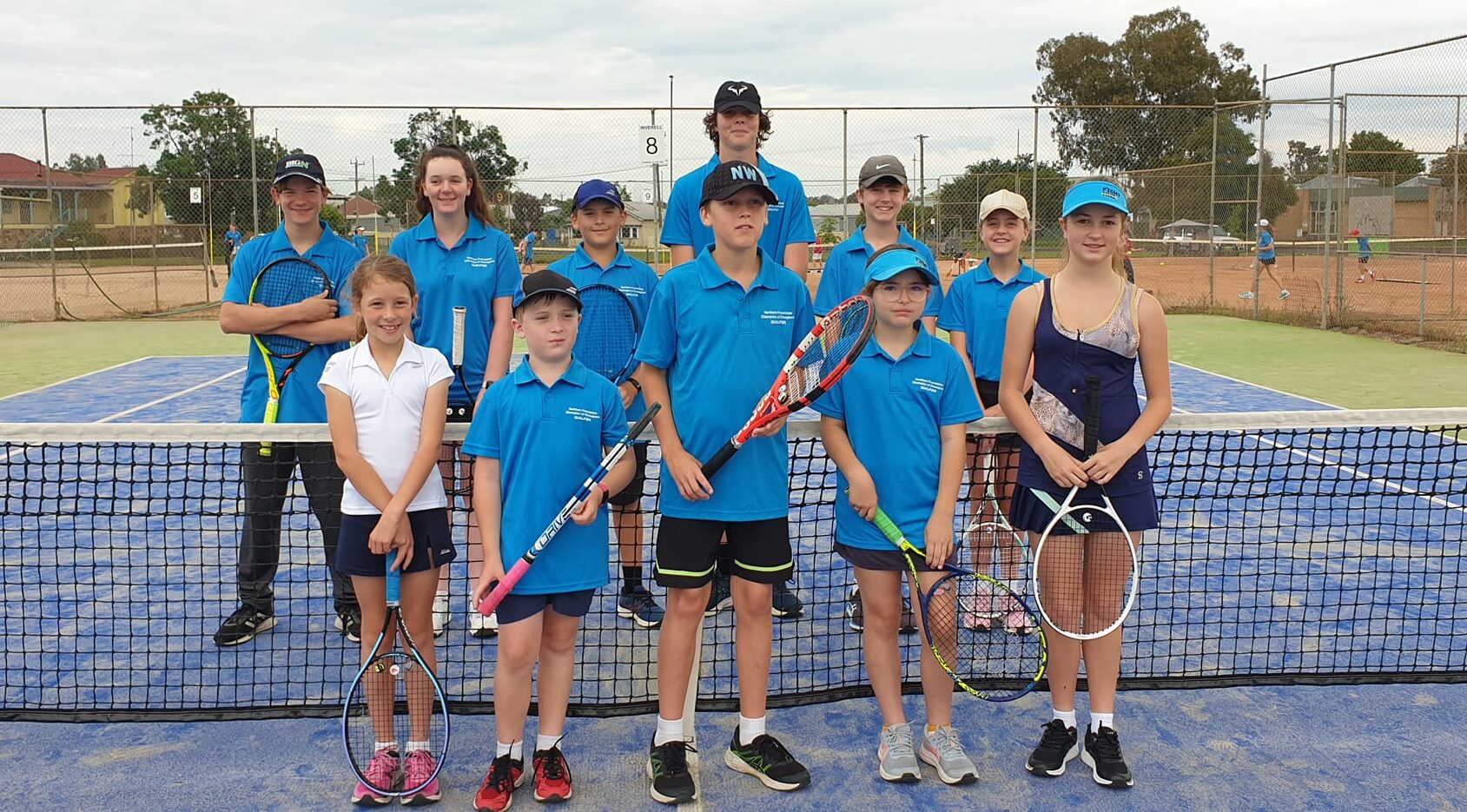 Narrabri Tennis was represented by 11 juniors at the weekend’s Northern NSW Tennis Champion of Champions event which was contested in Inverell.

“We had some sensational tennis from the Narrabri kids,” Murphy said.

“For a lot of them, it was their first Champion of Champions experience, so they have to understand that it’s a big step up from normal JUS stuff.

“I’m really proud of all our athletes’ efforts in not only qualifying but also putting on a nice little show on the day.

“There was a lot of fun, and a lot of sportsmanship was displayed.”

The tournament was affected by rain which began to fall heavily from about 3pm on Saturday afternoon.

All scheduled play from that point onwards, including on Sunday, was then cancelled.

The only singles competition to be fully completed was the 8-years, in which Charlotte Murphy placed third in the girls’ division.

The 14-years girls’ competition reached its finals series in which Lily Campbell qualified for a semi-final spot after finishing in the top four. She went down in her semi-final before her third-place playoff match was abandoned.

Not only was the remainder of the singles action cancelled, but no doubles matches were also played either.

“It was more annoying than disappointing,” Murphy said of the rain.

“Even though the rain did come, the weekend was structured that they played a lot more matches on the Saturday so they still got a ton of matches in.

“That was still great experience for them.

“They probably got a little bit tired doing it, but it’s good to get into that tournament format.

“It would have been nice to get clear results out of it and see where everyone finished in the region against the other region.

“But there was still good tennis throughout the day.

“Out of the Narrabri kids, there was only the two overall results, with Charlotte finishing third overall in her age group which was good and Lily making the semi-finals in the 14 girls, which was a massive step up for Lil, getting into the top four across all of Northern NSW is sensational.

“George was going well. He’d had a couple of wins and a couple of losses, and a few times where he lost a match that he should’ve won.

“Callum was also doing well, but he was also coming to terms with how to structure his matchplay.

“Alistair and Lucas and Matilda were the same. It’s one of those building blocks to see that this is the next step down the development pathway.

“Ava was playing some good tennis but just didn’t quite get the results she wanted.

“Jack is one of those players that needs to put a little more oomph in and can’t act as casual as usual.

“And for Sophie, it was a really good step up for her. She did well.”

Next up for the Narrabri Tennis juniors is the North West Champs event in Gunnedah on Saturday and Sunday, December 4 and 5.