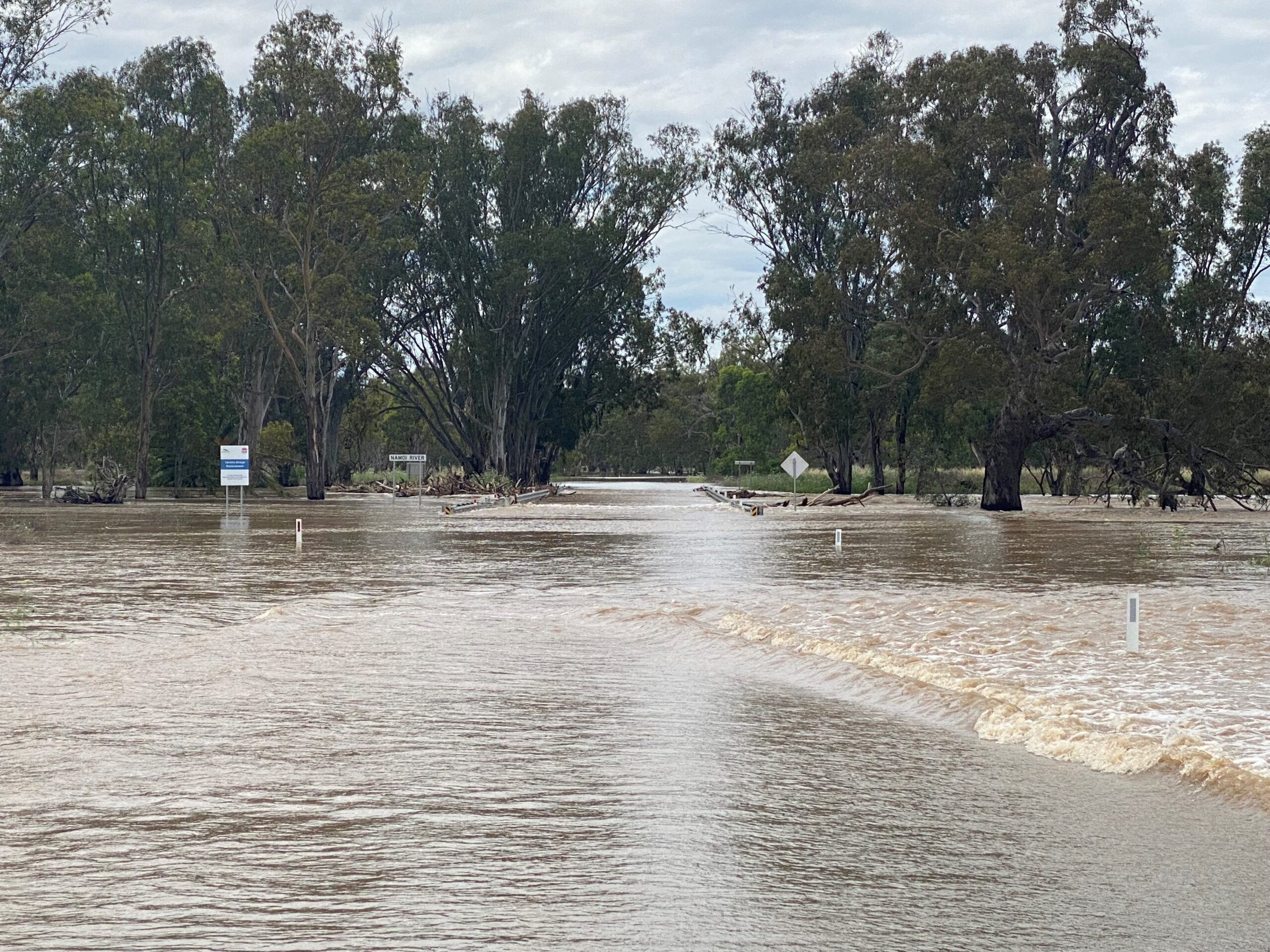 Turrawan Road is one of many roads across the shire closed as a result of rising water levels in the Namoi River during the 2021 floods.

Farmers and rural communities across the state are bracing for an enormous cleanup effort as floodwaters subside, with concerns about the condition of local roads once the water retreats.

After weeks of heavy rain during harvest season, many roads across regional NSW have developed deep potholes and ruts that are proving problematic for motorists, farmers and truckies alike.

NSW Farmers President James Jackson said there needed to be a swift and coordinated effort to prevent more damage in flood-affected communities.

“As the water subsides you see what an impact flooding has on local roads, and there are places where bitumen has been washed away or where deep potholes have opened up,” Mr Jackson said.

“When you get out of town onto unsealed roads the damage can be even worse, and now we’re looking at a situation where even more traffic may be diverted onto already-damaged roads.

“Rather than wait for the damage bill to start coming in, we need to get ahead of it and start planning these repairs urgently.”

Mr Jackson said state and federal governments had responded to calls for expanded natural disaster declarations, and this included funding to councils to help with the cleaning up and restore essential public assets.

But he said it was critical that there was enough funding to councils for road and bridge repair, and that it flowed as soon as possible to get potholes filled and graders onto unsealed roads.

“This is a big problem for farmers trying to get their harvest to market, but its fundamentally a safety issue for regional communities,” Mr Jackson said.

“To salvage this year’s grain crop farmers must get it harvested as soon as possible and the heavy machinery required must be able to access these farms – these aren’t little bumps we’re talking about, some of these potholes are huge and they can cause serious accidents or worse.

“We are also concerned about the significant damage to bridges and causeways – while this will take longer to rectify, it is important that regional communities have safe alternate access while these repairs are commenced.”