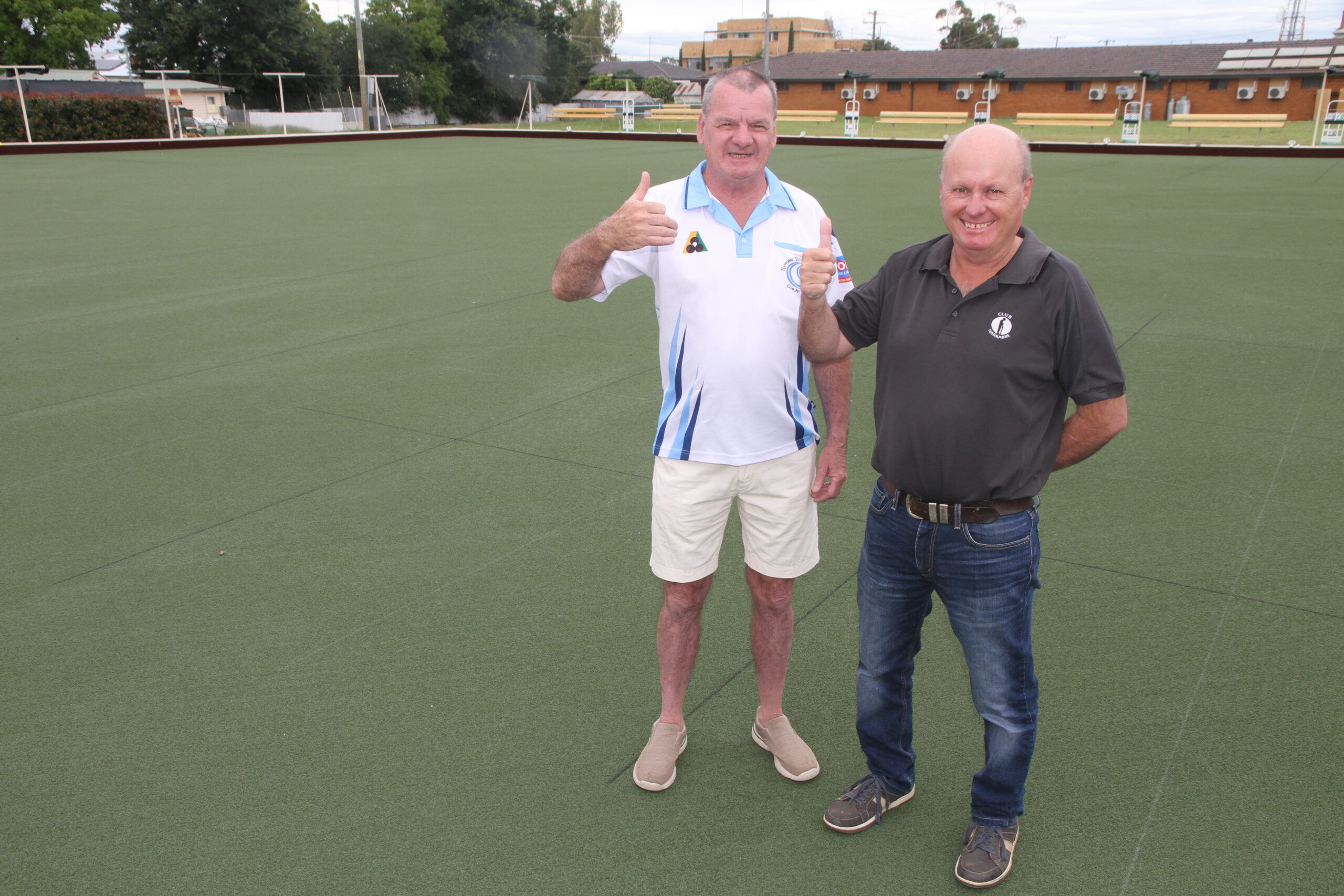 The management of Narrabri Bowling Club will come under the umbrella of Club Narrabri following negotiations between the two entities.

The move, announced at Monday night’s Club Narrabri annual general meeting, has been welcomed by both clubs.

Club Narrabri president Bruce O’Hara said there was ‘great positivity’ in the initiative.

Narrabri Golf Club was acquired by Narrabri RSL Club in May 2017 to create Club Narrabri and put the golf club on a successful new trajectory.

The new arrangement between the Bowling Club and Club Narrabri is ‘a win’ for the future of community clubs in Narrabri, said Club Narrabri president Bruce O’Hara.

“At a time when clubs across NSW are closing their doors, the Narrabri community club scene is consolidating in the context of a growing district economy with great prospects.”

The new management initiative is pending the imminent handing back of the bowling club to its board of directors by the Deed Administrator Alan Hayes of Hayes Advisory, which paved the way for negotiations between the two clubs.

Bowling club president Colin Armstrong said the agreement with Club Narrabri was a unanimous decision from the bowling club board of directors to ‘go for it.’

“The members are all for this move,” he said.

The arrangement was outlined by Club Narrabri CEO Paul Gordon in his report to members at Monday’s annual general meeting.

“Over the past fortnight, the board executive and senior management have been in negotiations with the Narrabri Bowling Club’s Deed Administrator and their board of directors with a view to amalgamating,” Mr Gordon said.

“It is early days into discussions, but both boards have agreed in principle to work towards an amalgamation.

“The key consideration for your board in progressing the negotiations has been the improved financial situation of the bowling club since the sale of the Club Motor Inn,” he told members.

“All creditors have been paid, there is a very healthy bank balance remaining and a potential tax liability has been resolved.

“In the interim, we have agreed that Club Narrabri will take over the management of Narrabri Bowling Club to assist in sustaining a level of profitability and assess the long-term viability of an amalgamation.

“In a very similar way, we managed the Golfie in 2016-17 while our Memorandum of Understanding was being drawn up and we worked towards amalgamating.

“In due course, extraordinary general meetings of both Club Narrabri and the Narrabri Bowling Club will be held to consider entering into a Memorandum of Understanding to the benefit of both clubs.

“At those meetings, members will be given a full assessment of the long term viability of a one club – three venue situation, or alternative options,” Mr Gordon said.

“We are excited about the prospect of strengthening the community clubs in Narrabri and we see a lot of merit in this proposal.”

Optimism for the future of the Narrabri Bowling Club

Narrabri Bowling Club will enter a new era which members believe offers a promising future for the iconic community club.

The bowling club’s prospects have improved following the voluntary administration in April 2020 and subsequent Deed of Company Arrangement, which enabled one of its assets, the Club Motor Inn, to be sold and all its creditors paid in full.

This opened the door to optimism for the future of the Bowling Club.

Club Narrabri, operators of the RSL club and the golf club, was invited and stepped forward with a proposal for a management arrangement, agreed to and welcomed by the bowling club’s board.

Monday night’s Club Narrabri AGM heard a proposal that will underwrite the immediate and hopefully longer-term future of the Narrabri Bowling Club.

The agreement between Club Narrabri and the bowling club comes as Club Narrabri reported a very strong trading result at Monday night’s AGM.

“Despite all the doom and gloom with COVID-19 and stop-start trading, we managed to have a full financial year of uninterrupted trading,” Club Narrabri CEO Paul Gordon reported to members.

“The excellent financial result of $1,106,180 profit after income tax was a huge improvement on the previous year.

“The turnaround at the Golfie is very encouraging with a profit for the first time since amalgamation of $46,975.

“The RSL continued to trade well on the back of excellent gaming revenue which was once again the mainstay of our income stream, with an increase of almost $480,000 on the prior year.

“Government COVID support of $232,500 helped us retain our staff and was a welcome bonus.

“As mentioned in the president’s report to members, we have exceeded $10 million in equity for the first time, a milestone for which the board should be congratulated.

“The start to this financial year hasn’t been as rosy, with stunted trade due to the month-long COVIID lockdown during August-September.

“Just when things were starting to improve, we have a metre of water under the RSL and a half a golf course.

“Anyway, it’s nothing we haven’t faced before and hopefully the next seven months will bring us back to prosperity.” 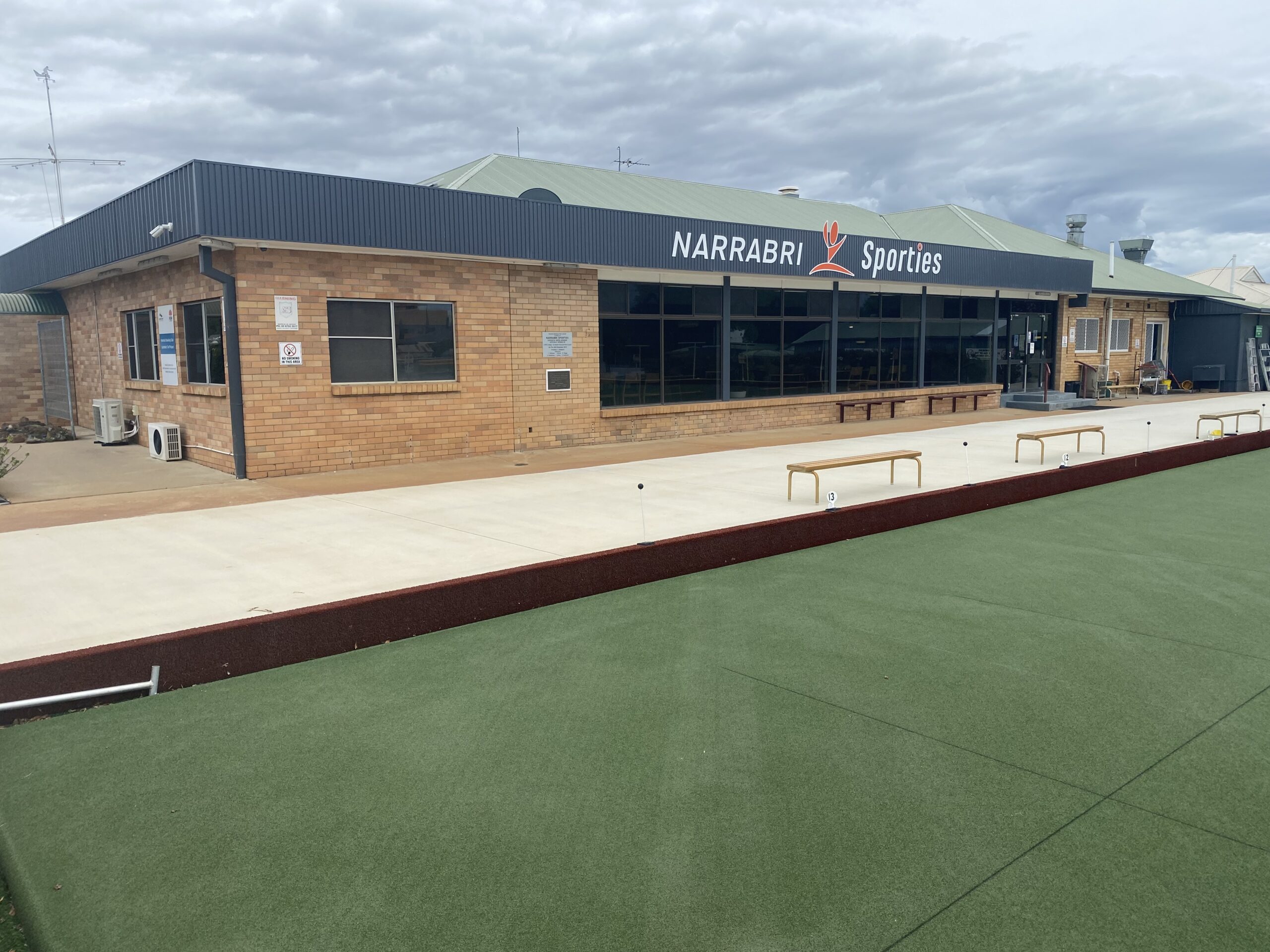 Narrabri Bowling Club will be managed by Club Narrabri in an initiative that may lead to amalgamation.