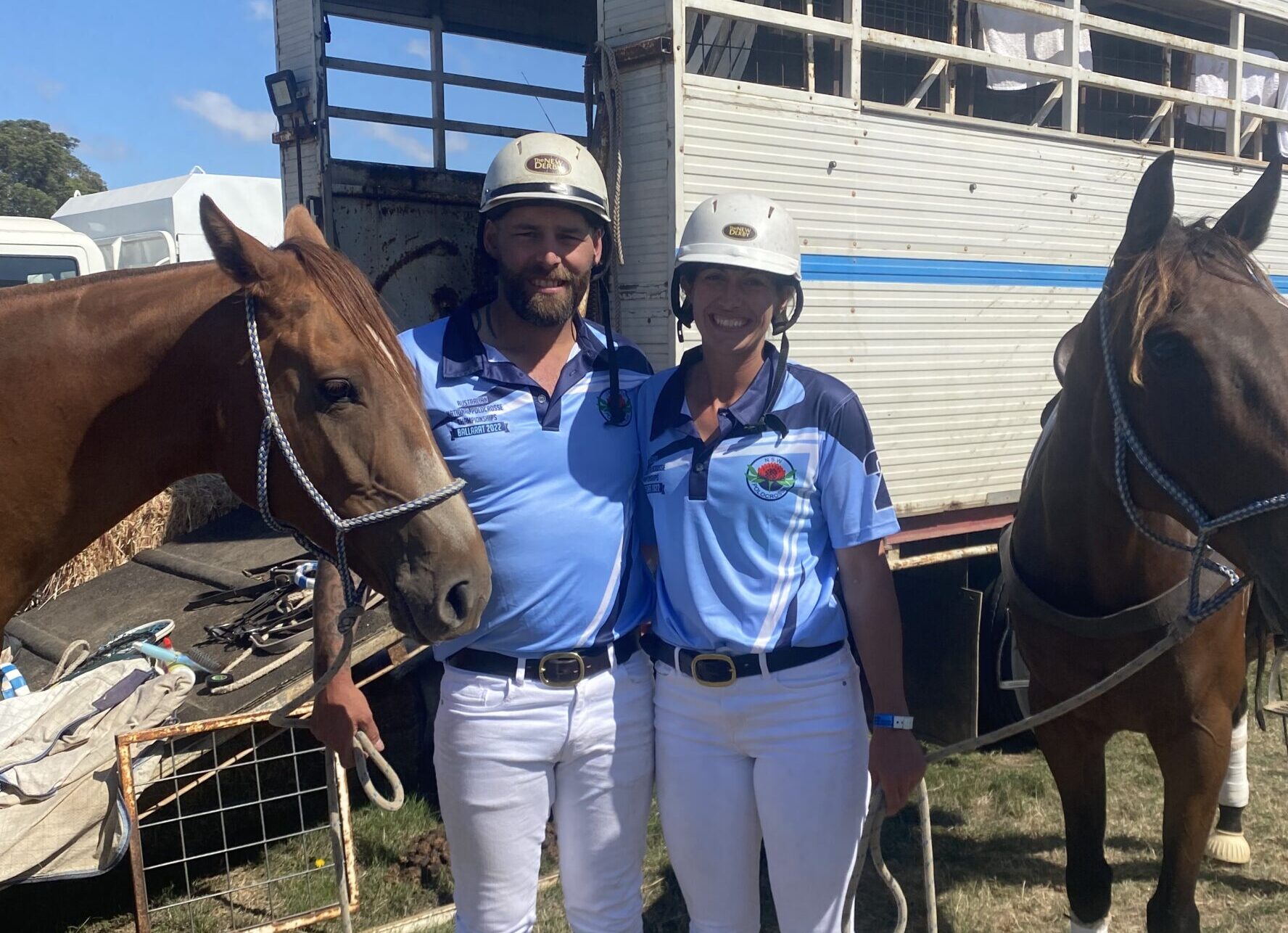 The event began on Tuesday, March 29, and wrapped up with two days of finals on Saturday and Sunday, April 2 and 3.

The Narrabri Shire was significantly represented at the National Champs, with 16 players from the three North West Plains Polocrosse clubs lining up for various NSW teams and one other competing for a Polocrosse Australia team.

Six more were from Galloping Gully Polocrosse Club, including Lachlan, Jane and Jessie Melbourne, Fletcher and Campbell Williams and Holly Turnbull, and the other player was Cubbaroo Polocrosse Club youngster John Brodigan.

Makayla Elford, Julia Stuart, Jessie Melbourne and Holly Turnbull all played in the championship-winning NSW under-21 women’s team and produced standout performances at the event.

Their team went through the week undefeated and prevailed 26-25 in a nail-biting grand final victory against Queensland to win the Pam Coulson Memorial Perpetual Trophy.

Those two players were then named in the Australian Intermediate Mixed Team, which was announced after the National Championships concluded.  Elford was selected in the team of eight, and Stuart was named as one of the two reserves.

The Aussies will play against New Zealand at the coming Test Series, which will be hosted by the Sydney Polocrosse Club from Saturday to Monday, June 11 to 13.

Makayla’s older sister Felicity Elford was also part of a victorious NSW side at the National Championships.

She lined up for NSW in the open mixed division, and her team went through the tournament undefeated and won the Judy Williams Memorial Trophy with a 24-22 grand final win against Queensland.

Islay Young competed for NSW in the open men’s division, which was also undefeated at the event. His side won the grand final 39-29 against Queensland to earn the Caltex Shield.

Lachlan and Jane Melbourne both played for NSW in masters divisions, Lachlan in the men’s and Jane in the women’s.

Both were also crowned undefeated champions after winning all of their games and beating Queensland in the respective finals. NSW won the masters men’s final 26-16 and was victorious 26-10 in the masters women’s final.

Fletcher’s NSW One side won two of its first three matches, which saw it qualify for the final. It went down 30-15 against Queensland in that match to finish as the runners-up.

Rosie and Brittney qualified for the junior division two decider with their side, which was edged out 18-17 by Queensland in that final.

Reece Lamb was the other North West Plains Polocrosse in action.

He has previously played for the Queensland club Cunningham but is set to become a full time member of Narrabri Polocrosse Club after it was his sister club prior to the National Championships.

Lamb competed for the Polocrosse Australia team in the under-21 mixed division at the Nationals, which went down 32-21 in the final.

There were several other familiar faces involved at the 2022 National Championships event in non-playing roles. Narrabri Polocrosse Club’s Mark Wilson and Jamie Ross coached the NSW under-12s and masters women’s teams, respectively, and Galloping Gully’s Jo Hamilton was the manager of the NSW masters women’s team. Former Narrabri Polocrosse Club player Josie Wilson was manager of the under-16 mixed NSW One team.

Meanwhile, Polocrosse Association of NSW recently announced its eight teams that will compete at the 2022 Barastoc Interstate Series at Warwick from Friday, May 6 to Sunday, May 8.