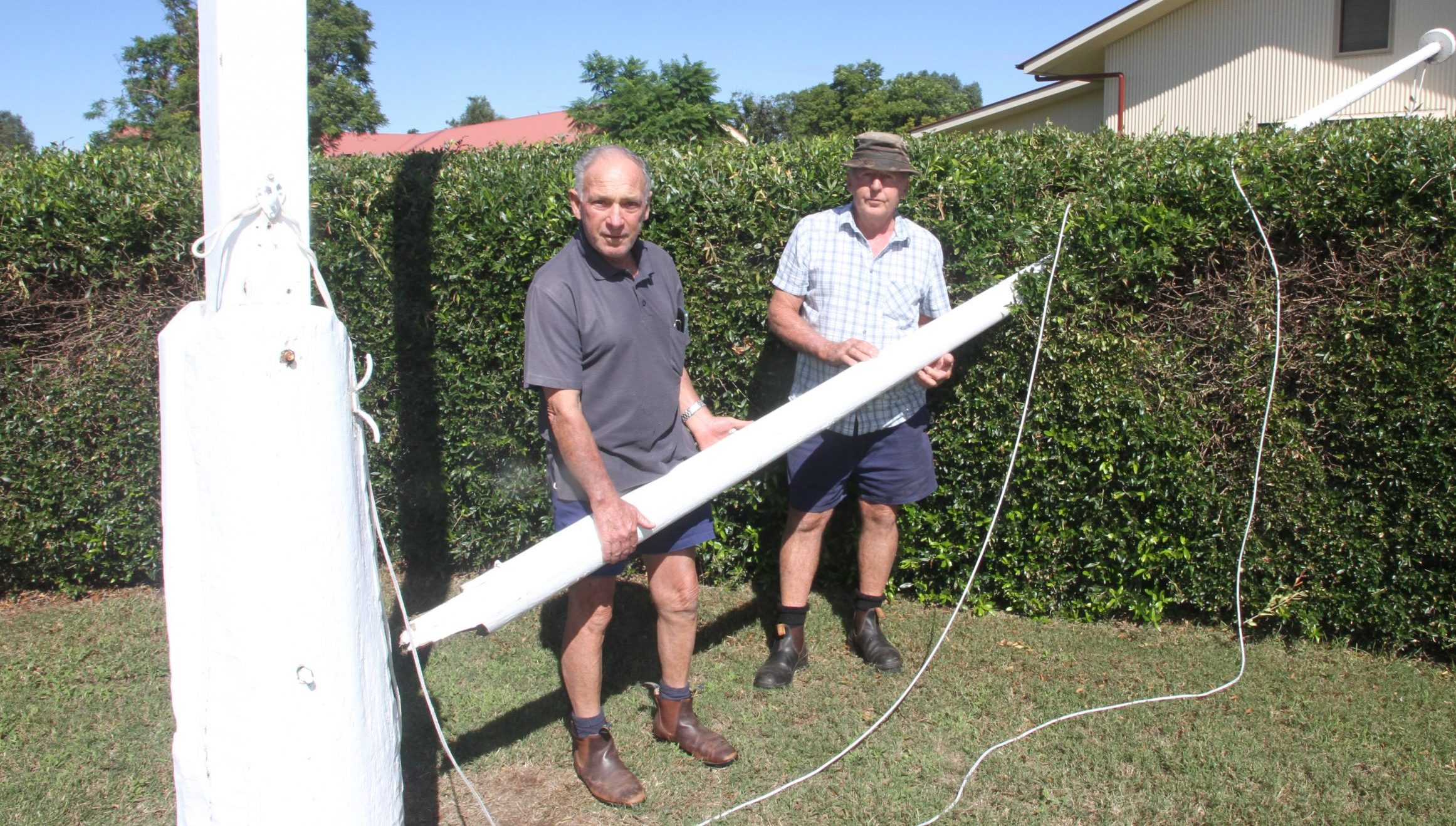 Boggabri residents have been outraged to learn that the community’s war memorial has been vandalised.

The seven-metre flagpole which has proudly carried the Australian flag at commemoration services and community events for 93 years has been pulled down, broken in half and left lying on the ground.

Boggabri RSL sub branch and the wider community are now endeavouring to have the flagpole repaired and restored in time for the Anzac commemoration service on Monday, April 25.

The flagpole was broken down sometime late Friday night, evidently pulled down with the ropes used to raise and lower the flag.

“It would have taken more than one person to do it,” said sub branch secretary Dave Grover.

The vandalism was found by Narrabri shire’s parks and gardens officer Craig Devine who reported the damage to the sub branch.

“We are disgusted and disappointed.

“We can’t fathom why anyone would do this in our town.

Mr Grover said the flagpole had remained where it was over the weekend to allow residents to drive past and see the damage.

“Police have been informed and we hope people seeing the flagpole may hear who was responsible and pass on their information,” he said.

The sub branch will explore ways to have the flagpole repaired and re-erected in time for Anzac
Day.

“The flagpole has survived for 93 years – erected in 1929 in conjunction with the war memorial – and we were looking forward to the memorial’s centenary,” Mr Grover said.