Roos’ league tag side off to a flying start in 2022 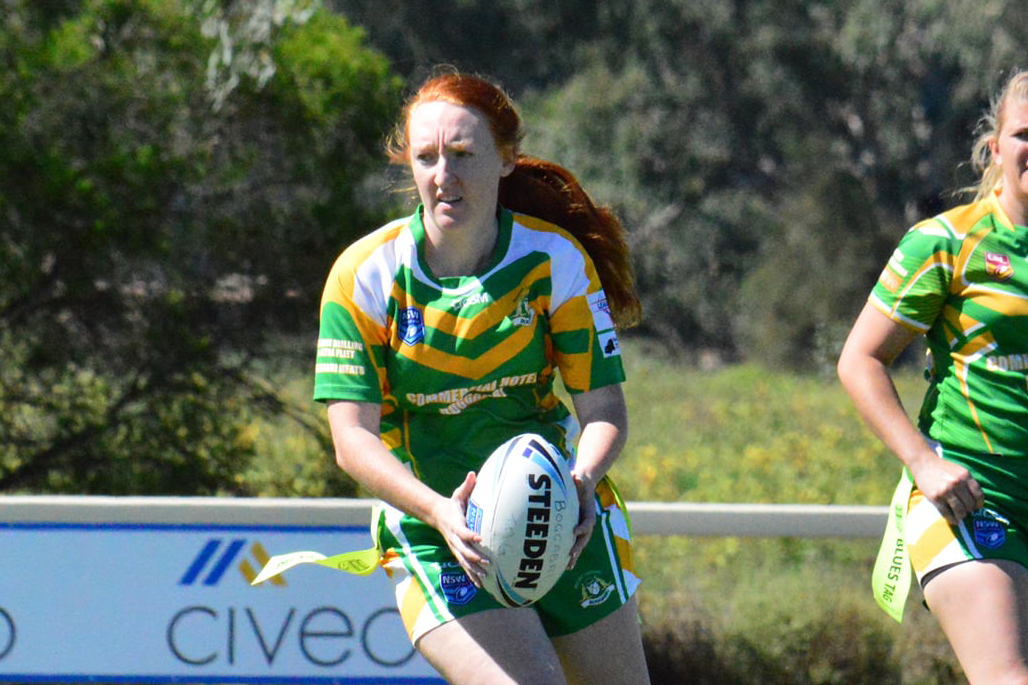 Molly Kemp in action during her side's round one win against Narrabri Bluebirds at Jubilee Oval on Saturday. Kemp scored one of her side's six tries. Photo: Sue Haire

League tag coach Steve Merlehan celebrated his move to Boggabri and District Rugby League Football Club with an uplifting 28-10 win over the Narrabri Bluebirds at Jubilee Oval on Saturday in the first round of the 2022 Group 4 Rugby League season.

It was an unusual feeling for the new Roos coach, who donned the green and yellow of his new club after being a Gunnedah Bulldog for more than 30 years.

“Been a Bulldog since I arrived in Gunnedah in 1990,” he told Group 4 Media after Saturday’s 18-point win.

“Played for them and coached. Been team manager, water boy, everything.

When Boggabri threw him a lifeline, he gladly accepted.

The Kangaroos have a new look side too with a few new players arriving from Narrabri this season alongside some talented teenagers in the shape of Ava Hannaford, Alice Donnelly and Kaiya Grace-Hendrie.

That trio crossed for four of their team’s six tries in the round one clash as Grace-Hendrie bagged two tries on debut and Hannaford and Donnelly went over for one each. Teammates Molly Kemp and Anni Wenner also scored a try each and Telisha Henderson kicked two goals.

Merlehan was pleased with his side’s start to the new season.

“Hopefully we can lift Boggy up the table this year.

“We play Dungowan next and they will be tough.”

Kristie Toomey is the new coach for the Narrabri Bluebirds and she thought their first hitout was “actually a really good game.”

“Hard and fast. I was really proud of all our girls,” she said.

“We had a lot of new girls that had never played before.

“Our girls never gave up.

“We only had one reserve and four girls who had not played.”

Toomey said she thought Amalie Gosper, who picked up two Group 4 best and fairest points on debut, was outstanding.

Gunnedah, Moree, Dungowan and North Tamworth were also victorious in the ladies’ league tag competition in round one.

The competition will break for the Easter long weekend and will resume on Saturday and Sunday, April 23 and 24, with round two matches.
Boggabri and Narrabri will both be at home that weekend.

The Roos will challenge Dungowan on the Saturday at Jubilee Oval, then the Bluebirds will take on Gunnedah at Collins Park on the Sunday.