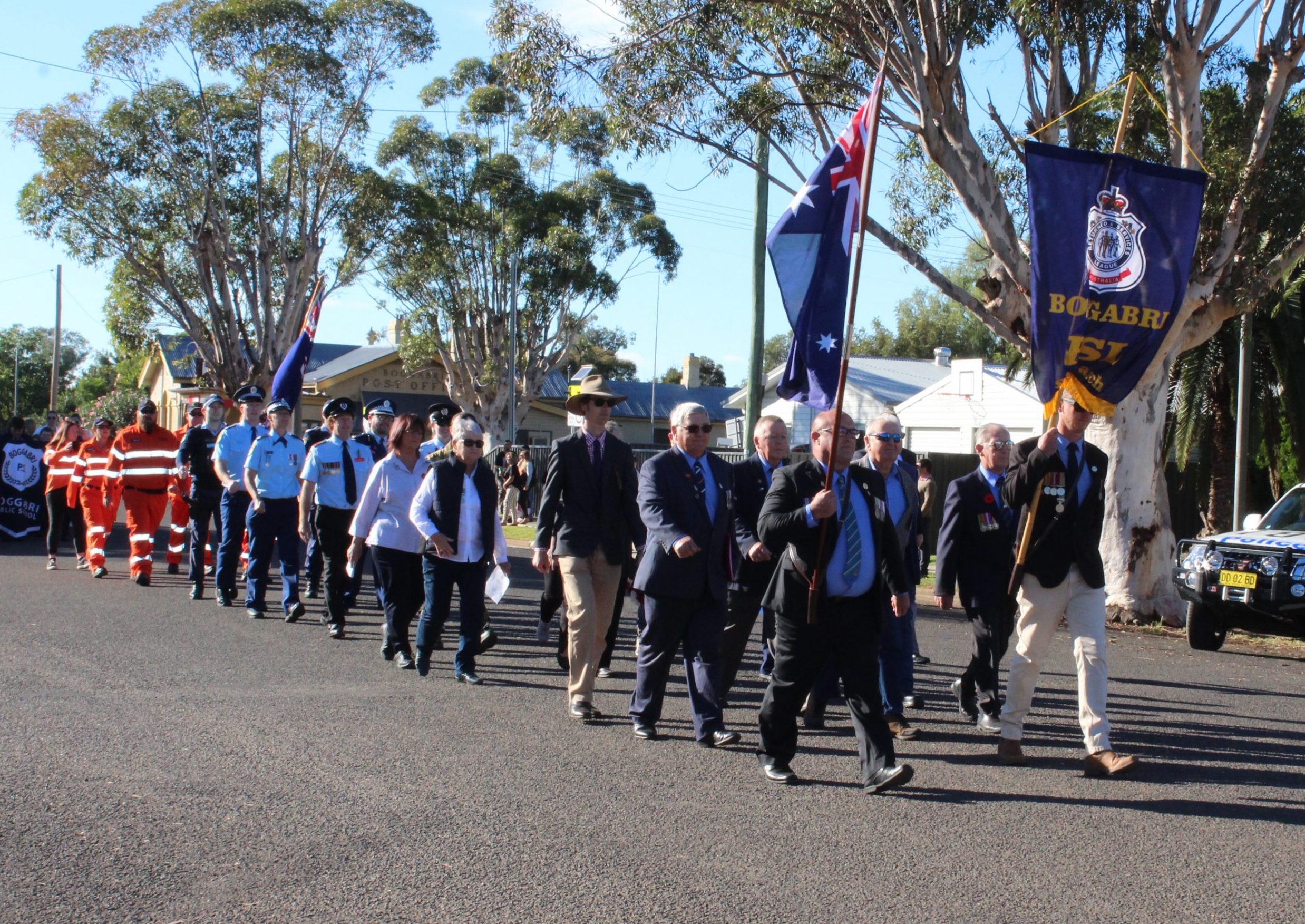 Lead by representatives from the Narrabri Shire Band and under a clear blue sky, veterans, school children, and community members marched together in front of a large supportive crowd to the Boggabri Cenotaph for the 2022 Anzac Day Commemoration.

Those unable to march travelled in a fleet of eight Jeeps and two motorbikes.

Rev. Nick Stone delivered the commemoration address and the gathering were spell bound by the
beautiful voices of Caroline Stone and Liz Grosser in leading the hymns and anthems.

The Boggabri War Memorial was covered by 45 wreaths as residents, local dignitaries and veterans paid their respects.

Boggabri RSL members once again placed an Australian flag on the grave of all the veterans’ graves in the Boggabri General cemetery, the lawn cemetery and memorial walls. 180 flags fluttering in the breeze are an overwhelming emotional sight.

Boggabri has a proud history of its residents serving our country and looking at some of the graves with Australian flags flying proudly are Henry L Tebbutt, Sergeant 883, AIF, 6th Regiment of Imperial Bushmen fought in the Boer War. The war was fought from October 1899 to May 1902. Mr Tebbutt made it home and died May 1968.

Then there are the more recent burials, all service equally appreciated by their country and valued and loved by their families.

Lloyd and Gwen Hardy erected a beautiful tribute at their front gate and the Boggabri HACC decorated their grounds. 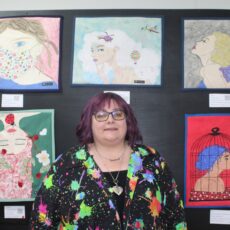 Three local artists combined to present an opening night at the Narrabri Art and Craft Society gallery on Friday, May 13. Ange Strong, Shan Sutherland and Jess Barraket demonstrated their individual styles, which were well-received by visitors and attracted sales galore. Ange Strong, well-known for her bright coloured abstract art pieces, had on display a vast array of mediums, including resin, fluid, oil and acrylics in a stunning array of colours. Shan Sutherland works in the field of textile artworks and showcased a beautiful display incorporating patchwork appliqué, felting, embroidery, and machine quilting. Jess Barraket, popular for her lifelike portraiture […] 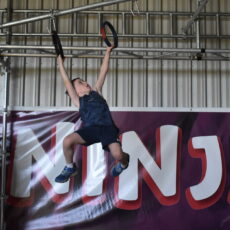 The Australian Ninja Games NSW state qualifiers were held in Boggabri at the weekend, with local ninja Cruze Morley hosting the event at the Boggy Ninja Academy. Contestants from as far away as Cairns and Canberra made the trek to Boggabri on what was a fabulous day of competition. From pro and master competitors to the under-7s, there were some incredible runs, with many qualifying for the Australian Ninja Games Nationals to be held later this year. Cruze said he was really happy with how the day went. “It was a fantastic day and it meant a lot to be […] 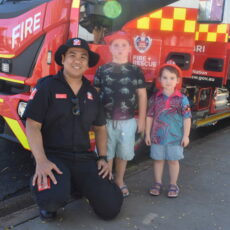 Narrabri Fire and Rescue opened its station doors at the weekend to welcome the community in for an open day. Local firefighters were on hand to showcase the service’s appliances and fire-fighting equipment. The open day was also an opportunity to learn more about fire safety. Fire and Rescue NSW also used the initiative as an opportunity to encourage people to consider becoming a part-time firefighter. Part-time firefighters receive first class emergency response training and the opportunity to keep their community safe without having to give up their day job. FacebookTweetEmail