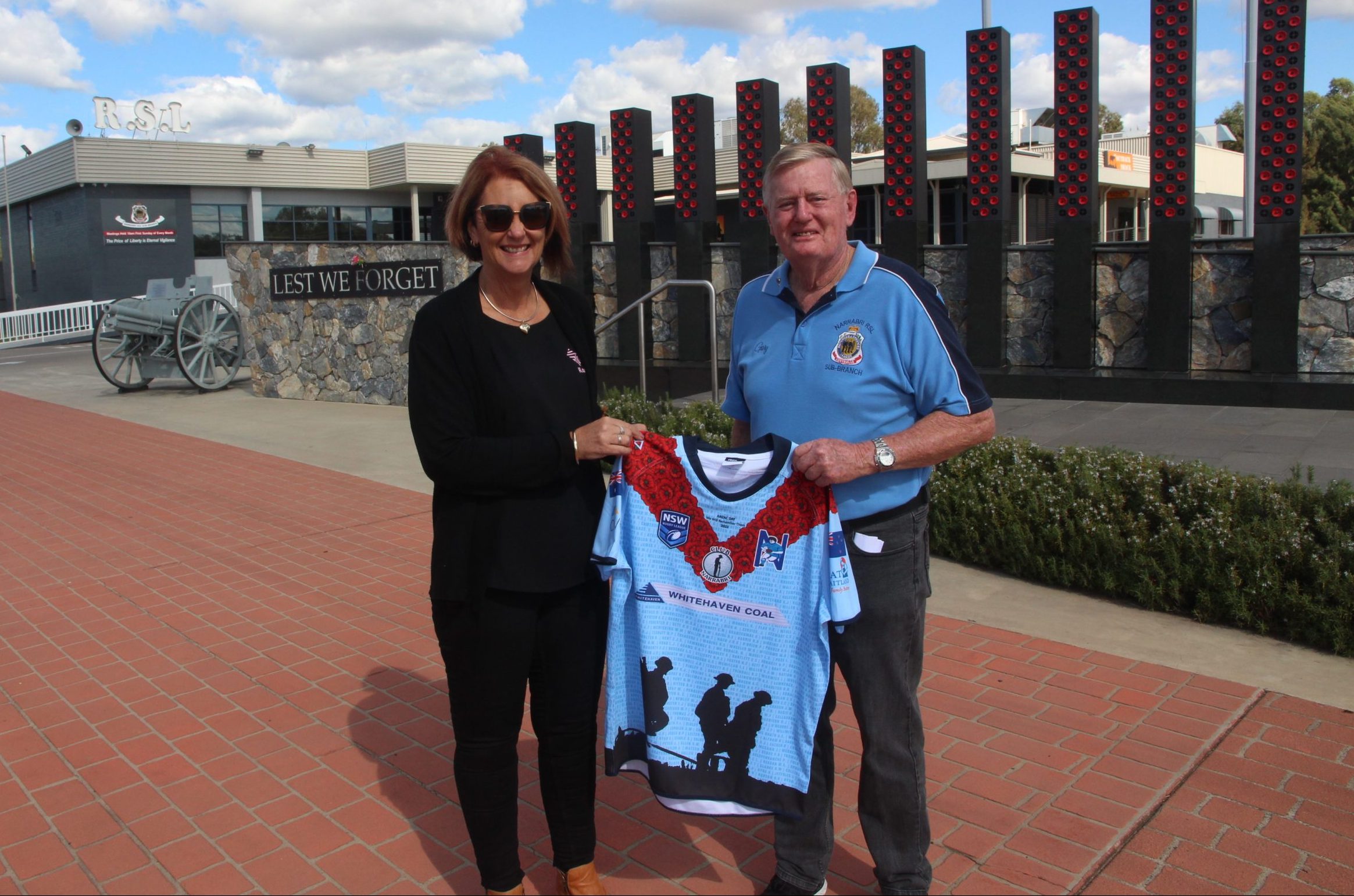 Narrabri Rugby League Football Club will pay its respects to all those who fought for our freedom when the club celebrates Anzac Day for the second consecutive matchday at Collins Park on Sunday.

The Blues will challenge the Moree Boars in league tag, reserve grade and first grade matches in round four of the Group 4 Rugby League season, and the first grade side will run out in specially-designed Anzac jerseys.

The jerseys are the creation of club committee member and trainer, Peter Quirk, and were initially meant to be worn during the second round of the season on Sunday, April 24, when the Blues beat Gunnedah Bulldogs 36-18 on the eve of Anzac Day.

But much to the disappointment of the club, there was a shipping delay and they did not arrive in time.

The Blues will host a brief Anzac Day service before the first grade contest this weekend, during which Patti Lettice will deliver a Welcome to Country, and Narrabri RSL Sub-branch president Gary Mason OAM will recite The Ode.

Jerseys will be raffled at the game, and one will be auctioned at Narrabri RSL Club after the match.