Shane Rampling challenges the Kangaroos after round four win 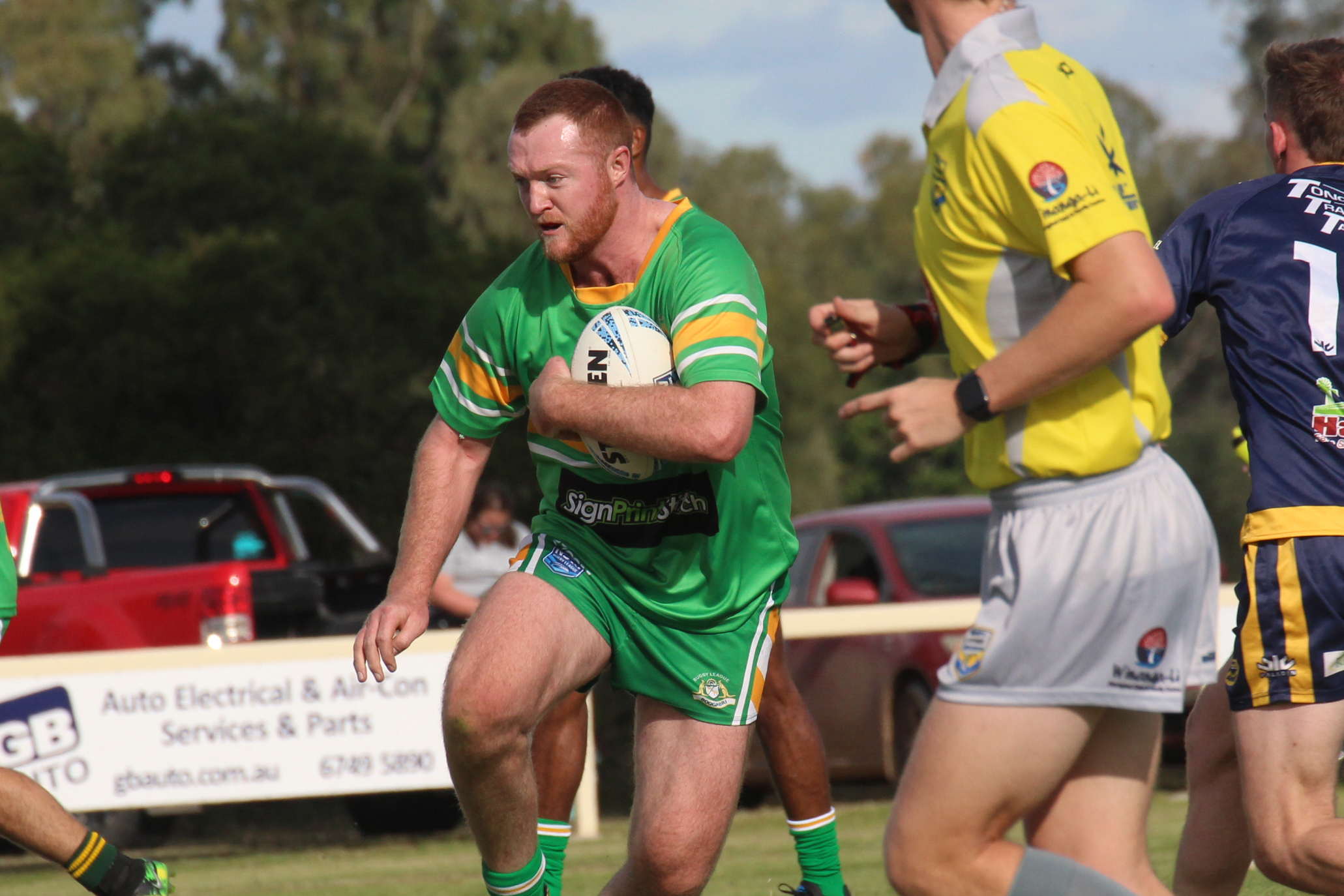 Boggabri Kangaroos front-rower Nick Lyons in action at Jubilee Oval earlier in the season. Lyons was a standout on Sunday in his side’s 56-28 victory against Manilla Tigers in North Tamworth, and earned three Group 4 best and fairest points following a standout performance.

Boggabri and District Rugby League Football Club’s first grade side adopted something of a Jekyll and Hyde persona at North Tamworth’s Jack Woolaston Oval on Sunday when it accounted for Manilla Tigers 56-28 in the fourth round of the 2022 Group 4 Rugby League season.

After scoring 34 unanswered points in the first 28 minutes, the Kangaroos eased off as the Tigers regrouped and responded well to push the Boggabri men for the rest of the match.

The Tigers even won the second half 24-22 to give them something positive to work on.

But for Boggabri Kangaroos coach Shane Rampling, his team’s second-half effort wasn’t what he was looking for.

“We were brilliant in the first half,” he told Group 4 Media.

“The best we have played so far this season.

“We dominated possession, and our defence was spot on. We did the little things right, but then we completely turned it around in the second half.”

The first half-hour read like a dream for Rampling as his team piled on some impressive tries through Kyle Capper, Robert Doolan, Seksitino Penisoni, Isaiah Adams and Nick Lyons.

Adams’ four-pointer was a brilliant team effort where the move started inside Boggabri’s own half, and the ball went through at least seven hands before Adams dashed over.

Didymus Blankett touched the ball twice in that move on a day where he proved elusive and that he would continue to add plenty of attack to the Boggabri backline.

When Lyons grabbed a bouncing bomb to score an easy try and then charged upfield to beat three or four defenders and set up Doolan’s second try of the game from the kick-off, it seemed as though the Kangaroos were going to smash the Tigers.

But they seemingly clocked off, even though they did manage to score four good second-half tries.

“We have got to learn from that,” Rampling said.

“It was good for Manilla that they came back. We’ve been there too (at the bottom of the comp and copping big losses).

“We gave them opportunities, and they took them.

“You can’t give someone like Mitch (Doring) that much time and space otherwise he’ll take it.”

Doring did, to chip and chase the Kangaroos several times, scoring one try and setting up a couple of others.

“We’ve got to control the ball better and stop giving away silly penalties,” Rampling added.

Boggabri had plenty of good players on the day, with halves Josh Trindall and Didymus Blankett impressing and hooker Matt Gillham playing his usual style of good footy.

He created havoc in the middle with some storming runs as well as scoring an opportunistic try.

“Nick was outstanding,” Rampling said of the three-point Group 4 best and fairest winner.

“He was a handful. Well deserved,” Rampling said of the best and fairest points.

Boggabri has the bye in round five this weekend and will then take on Kootingal away from home in round six on Sunday, May 22.