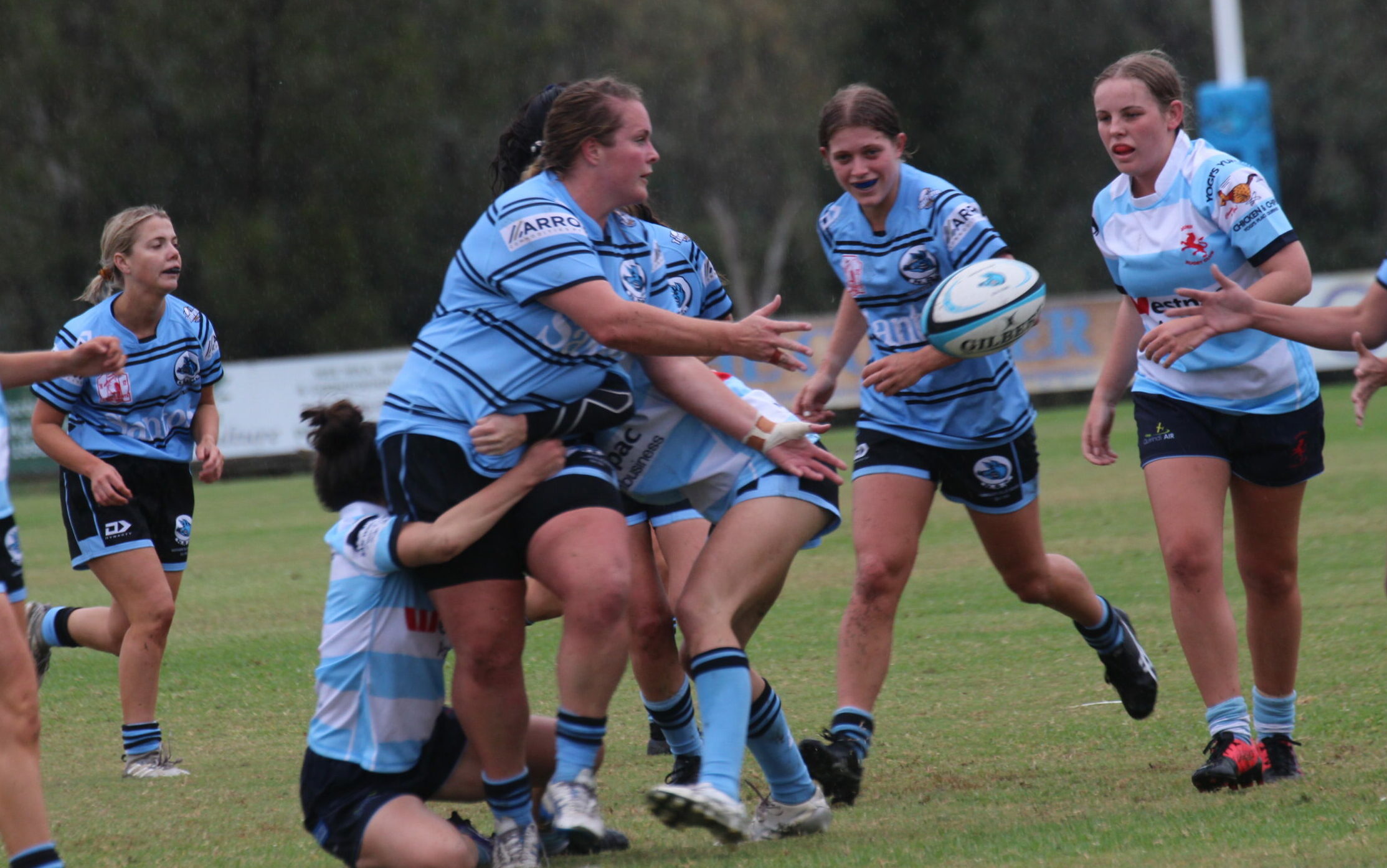 Narrabri Rugby Club’s women’s team co-coach Peta Cox is happy with what she has seen from her side so far this year and cannot wait to play against the undefeated Tamworth Pirates at Dangar Park on Saturday.

Cox is coaching the Blue Boars with Kate Brown and Will Guest in the 2022 Central North Rugby Union campaign and, like Brown, is a player in the side.

She has been one of Narrabri’s best in its first three matches as she leads from the front in the forward pack, and she got the ball rolling in the team’s most recent win with a try in the first minute of the game when it beat Quirindi 56-22 in front of a home crowd on Saturday, April 30.

That was the Blue Boars’ third win in a row after they beat Barraba/Gwydir 92-0 in round one and Scone 58-0 in round two.

They return home to Dangar Park for their round five game on Saturday and will face a more formidable task in the Pirates, which have started the campaign with two byes and two big wins against Quirindi.

Like Narrabri, the Pirates have picked up 20 competition points during the first four rounds of the 2022 season, meaning that the winner of Saturday’s game will finish on top of the ladder in outright first position.

“We are expecting a hard contest,” Cox told The Courier.

“It always is with Pirates.

“We were unlucky last year not to come up against them again because we were so close in our last game to getting the win.

“We’ll focus on our structure and defence, and the rest should come.”

That match will kick off the day at 12.55pm before the Blue Boars’ first and second grade teams take on the Inverell Highlanders.

Co-coach Cox made her debut for the Blue Boars last season when the women’s comp in Central North was the sevens format.

Cox said her side had transitioned to the 10s format well in 2022.

“Having a few more bodies on the field but also the space to play around with the ball a bit is really working in our favour.

“I think that’s because of the varying experience that we have across the park and the different backgrounds.

“We have a couple of girls out on the wing that are fast, and there’s a few of us bigger girls in the middle who do the work in there.

“Our team is suited to 10s, and I think we’ve picked it up and transitioned the best so far, looking at the results.

“It will be exciting to see how we go this season.”

Cox said that a good pre-season and a tight-knit group had contributed to the side’s impressive start.

“We’ve been building week to week, and we are all having a lot of fun out there, and I think that’s showing in our results,” she said.

“We had a big focus on basic skills in the pre-season, and that is really showing too when it comes to game day.

“It wasn’t a long pre-season, but we put the work in, and to be able to come together the way we have and play for each other, I think, has been really positive.”

Narrabri’s women’s team’s defence has impressed Cox most so far in the 2022 season, and she is particularly pleased that the Blue Boars have kept three clean sheets in two matches.

“We’ve been spending a fair bit of time on defence, and I’m really proud of the girls for picking it up as quick as they have,” she said.

“Having two games already without the other team scoring against us is huge.”