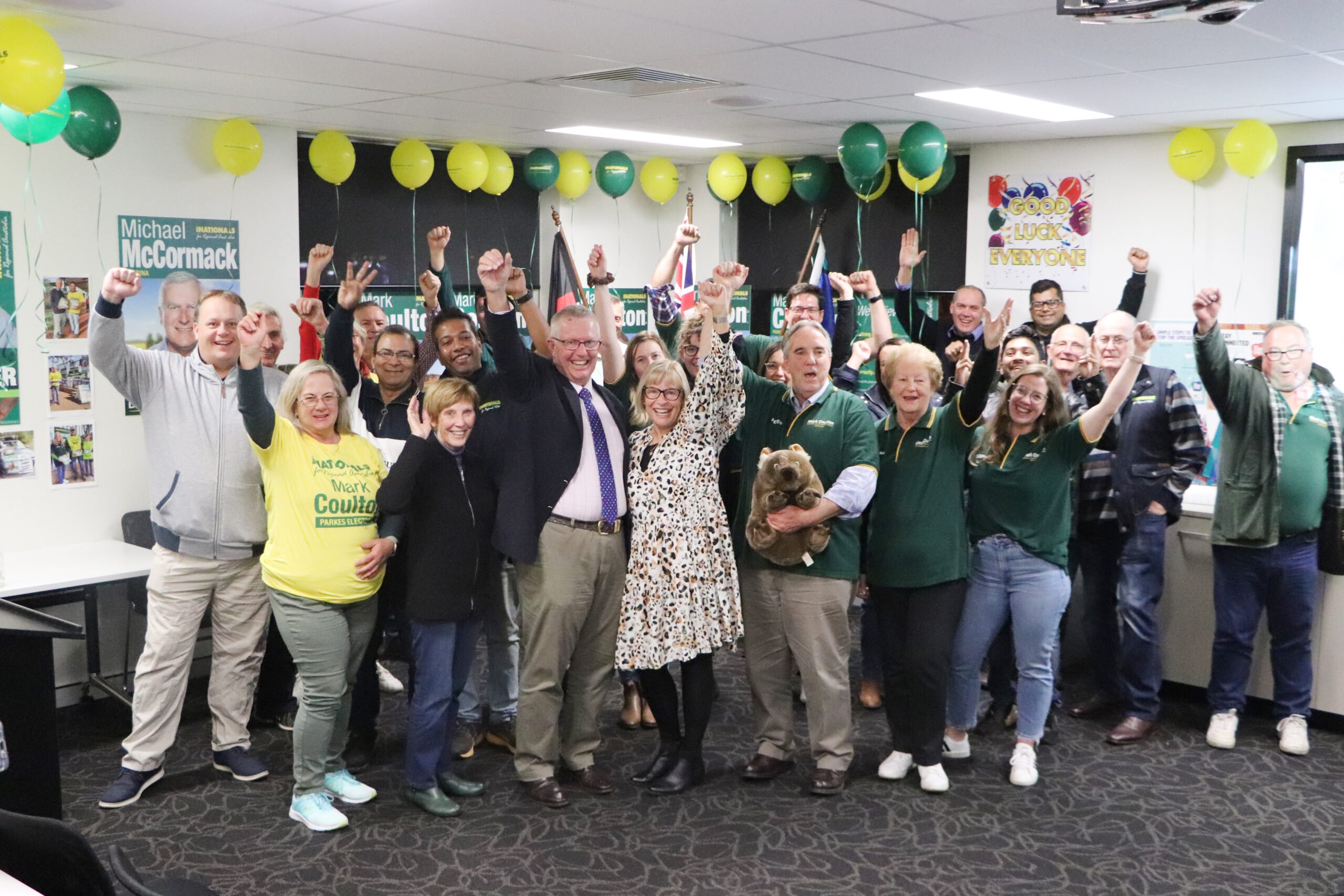 Member for Parkes Mark Coulton, and his wife Robyn, are flanked by supporters at an election night gathering in Dubbo.

The National Party’s Mark Coulton has been comfortably re-elected to represent Parkes for a sixth term and has vowed to work with the new Labor government to ensure the electorate is strongly represented in Canberra.

Mr Coulton experienced a 0.78 per cent decline in first preference votes, however, on a two-candidate preferred basis, his support increased by 1.09 per cent.

Similarly, support for the National Party federally was also steady, declining by just 0.26 per cent and 0.79 per cent in New South Wales.

While Mr Coulton experienced small declines in first preference votes across Narrabri Shire polling booths, he claimed a majority at all polling places, with the exception of Pilliga (46.36 per cent) and Nurruby OOSH (46.56 per cent).

On a two-candidate preferred basis, most booths returned overwhelming results, up to almost 90 per cent in favour of the National Party.

Mr Coulton was buoyed by the support shown to him across the electorate, including increases in his first preference vote in some locations. Mr Coulton’s re-election came as the Coalition was removed from government, following gains in suburban seats to Labor, Greens and independents.

While Labor will form either minority or majority government, it too saw its first preference vote decline at a national level.

Mr Coulton expressed his disappointment with the outcome of the election, however, said he remains focused on ensuring Parkes is strongly represented.

“I will also be holding the new government to account with regards to issues affecting my electorate and the country as a whole,” Mr Coulton said.

“I’d like to congratulate my opponents in the seat of Parkes and thank them for the professional and civil way they conducted this election.

“Also, to the people of the Parkes electorate, I would like to thank you for turning up in good spirit to cast your vote and for your continued support.

“I’d like to also acknowledge local National Party supporters who generously gave their time to ensure that every booth in the electorate was manned by volunteers.”

Labor increased its vote in New England by more than five per cent.

Former Narrabri local James Thomson, who ran for the National Party in the Hunter electorate, was unable to secure a victory despite first
preferences increasing by almost five per cent. On a two candidate preferred basis, Labor increased its hold on the electorate by 0.83 per cent.