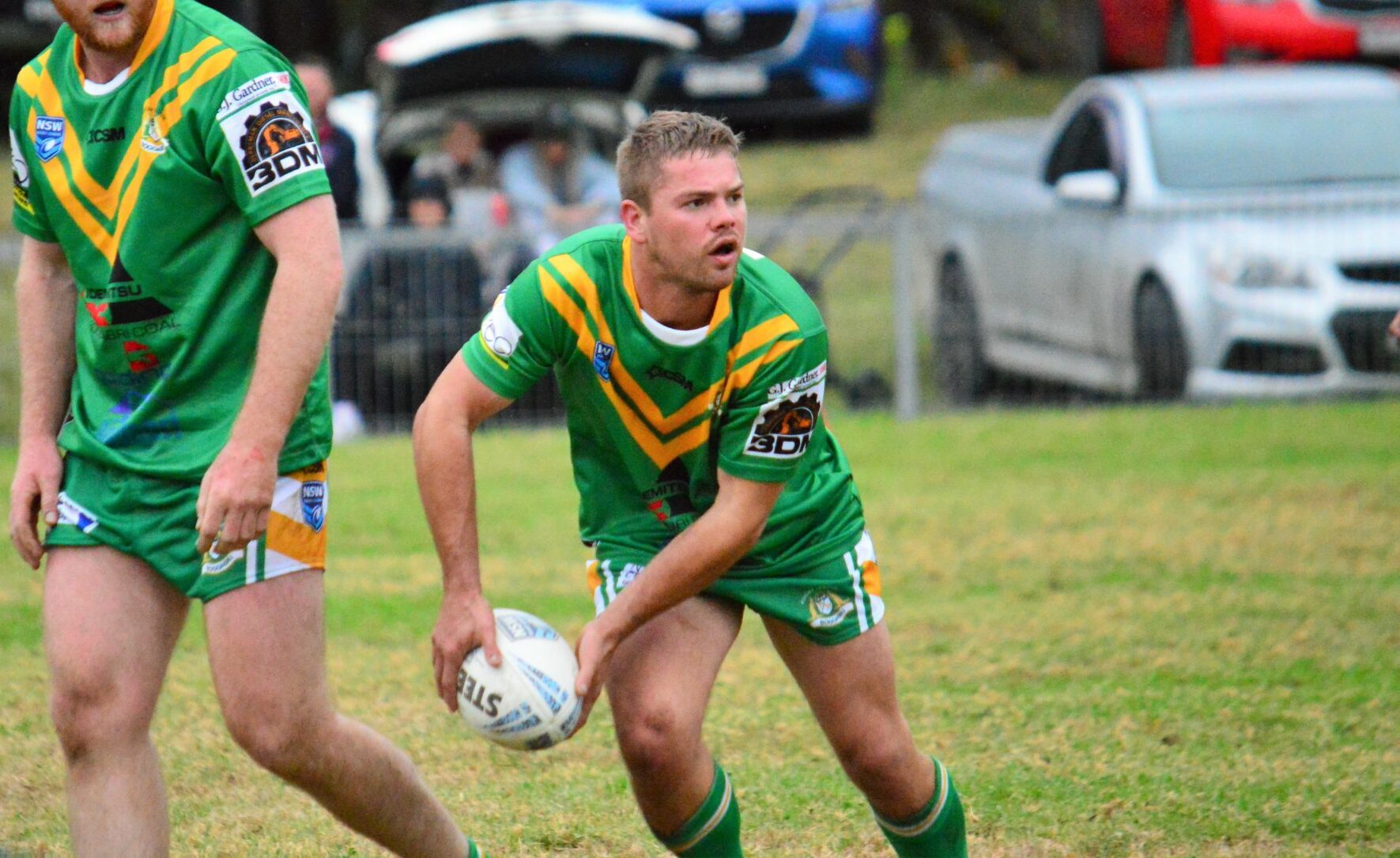 Boggabri and District Rugby League Football Club went down fighting on Sunday afternoon, but a second half resurgence was not enough to overcome an 18-point half-time deficit as the Kangaroos went down 28-16 away from home against Kootingal-Moonbi Roosters in the sixth round of the 2022 Group 4 Rugby League first grade competition.

Boggabri went into the half-time break at Kootingal Sports Ground trailing 18-0, and conceded early in the second stanza to go behind by 24 points.

The visitors finished strongest as they outscored Kootingal 16 points to four in the final 38 minutes, with Rob Doolan crossing for a try and kicking two conversions and his teammates Jay Urquhart and Nick Lyons going over for a try each.

But that was too little, too late for the Boggabri men as they slipped from second to fifth on the competition ladder.

“We had no enthusiasm and were slow out of the blocks.

“Sam Taylor’s kicking game killed us. He dictated everything and moved us around. I thought we were lucky we were only 18-nil down.

“There was an opportunity to turn it around in the second half, but they scored after a couple of minutes (to make it 24-nil).

“To our credit, the boys had a dig and showed a bit of mongrel.”

The Boars’ undefeated start to the season came to an end on Saturday when they went down 46-18 away from home against the Dungowan Cowboys.

The Roosters, Bears and Cowboys all jumped Boggabri on the first grade ladder to sit in that order behind the ladder-leading Boars to round out the top four.

The Boars and the Roosters have both accumulated 10 competition points, while the four sides below them all finished round six on eight points.

The Blues had the bye in round six, which saw them pick up two points and finish the round in sixth place.

Rising from eighth to seventh were Gunnedah Bulldogs following their 80-20 mauling of the Manilla Tigers on Sunday.

The Tigers are still on zero points following their winless start to the season and are two wins back from the eighth-placed Magpies.

Three of the four round seven matches will be played on Saturday when the competition resumes this weekend.

Boggabri will return to Jubilee Oval, where they will host Werris Creek on old boys’ day, while Moree travels to Jack Woolaston Oval to take on North Tamworth and the Manilla Tigers host Dungowan.

The Narrabri Blues will host the only Sunday game when they welcome the Kootingal-Moonbi Roosters to town, and the Gunnedah Bulldogs have the round seven bye.

The Boggabri men lost the reserve grade contest 16-12, and the ladies’ side was beaten 28-0.

Those two sides are both ranked eighth on their respective ladders at the conclusion of round six.