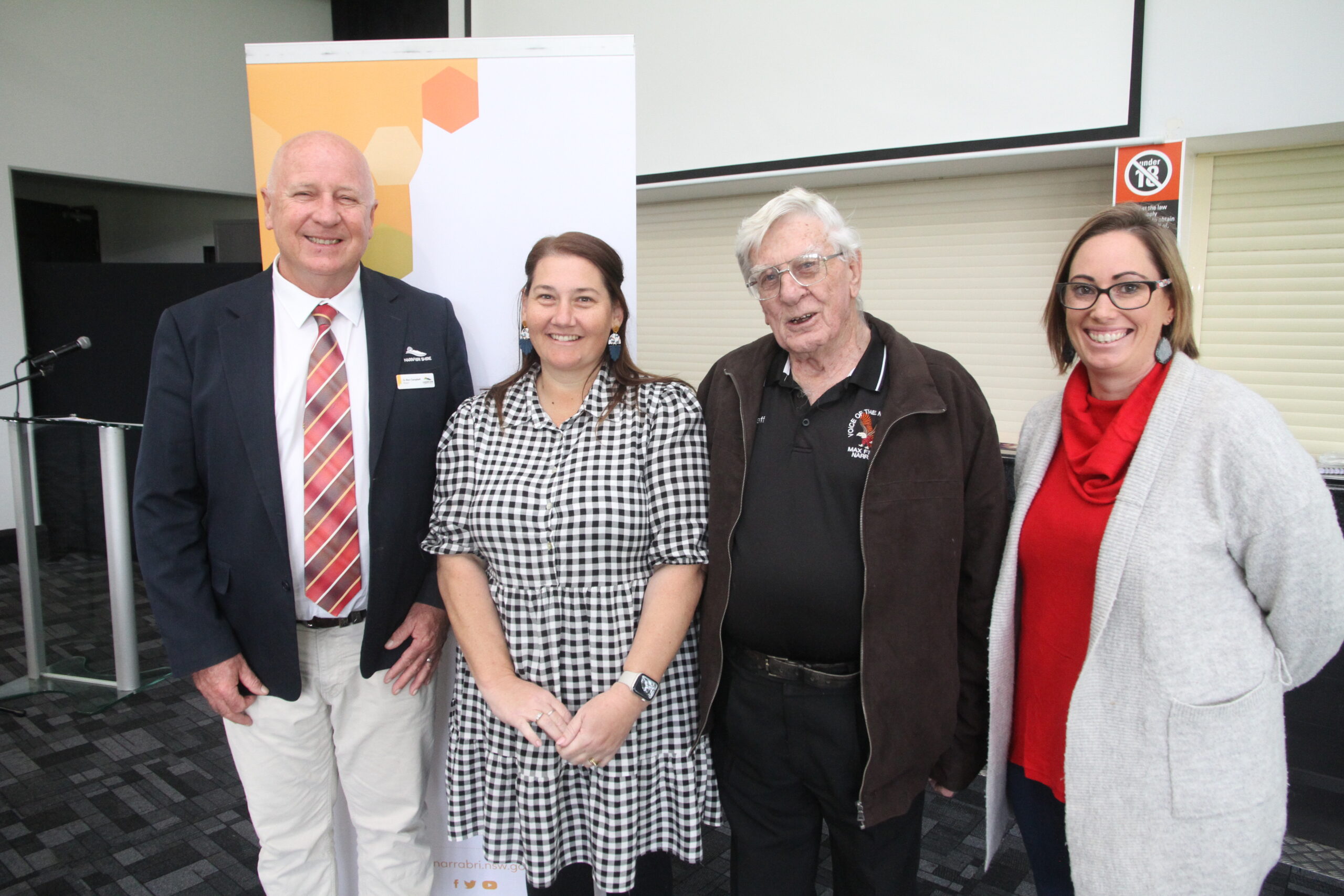 Twenty-two years of volunteer work by Jeff Cloake at 2MAX FM community radio station was recognised with his award as Narrabri Shire Volunteer of the Year on Friday.

Mr Cloake, and two other nominees, were special guests at an awards lunch hosted by Narrabri Shire Council at The Crossing Theatre.

The event was part of National Volunteer Week.

Three nominees were named for the award – Mr Cloake, Christy Browning and Tony Battam, who was represented by Sarah Rushton.

“Mr Cloake has been a dedicated volunteer at 2Max FM Narrabri Shire Community Radio Station for the past 22 years and is a past president and current vice president,” the mayor Ron Campbell said.

“He is an invaluable member of the team who is at the station most days, providing support as a technician and announcer.

“One of the town’s most-loved radio programs is Jeff’s ‘Music Memories’ on Sunday mornings which is very popular with the retired population,” the mayor said.

“Nominee Tony Battam has been a member of the NSW State Emergency Service for 35 years, and as the Lower Namoi Commander, oversees Pilliga, Wee Waa, Narrabri and Boggabri SES units.

“She has been involved for more than 10 years and is the club’s registrar, canteen helper and ‘go to’ person,” Cr Campbell said.

“She is passionate about rugby league and is a wealth of knowledge who offers unwavering support and dedication.

“Christy is happy to help wherever she can and does many hours of work behind the scenes.

“Without people like Christy, it wouldn’t be possible to run clubs such as this in the local community.”

The mayor welcomed the small group of invited guests to the awards lunch.

“Narrabri Shire National Volunteer Week recognises and honours our local volunteers and all that they do for the community,”
he said.

He reminded the audience that the theme for National Volunteer Week was ‘Better Together’ exemplifying the valued collective work of many volunteers across Narrabri shire and Australia.

“Millions of people are volunteering every year – bringing people together and building vibrant and sustainable communities.”