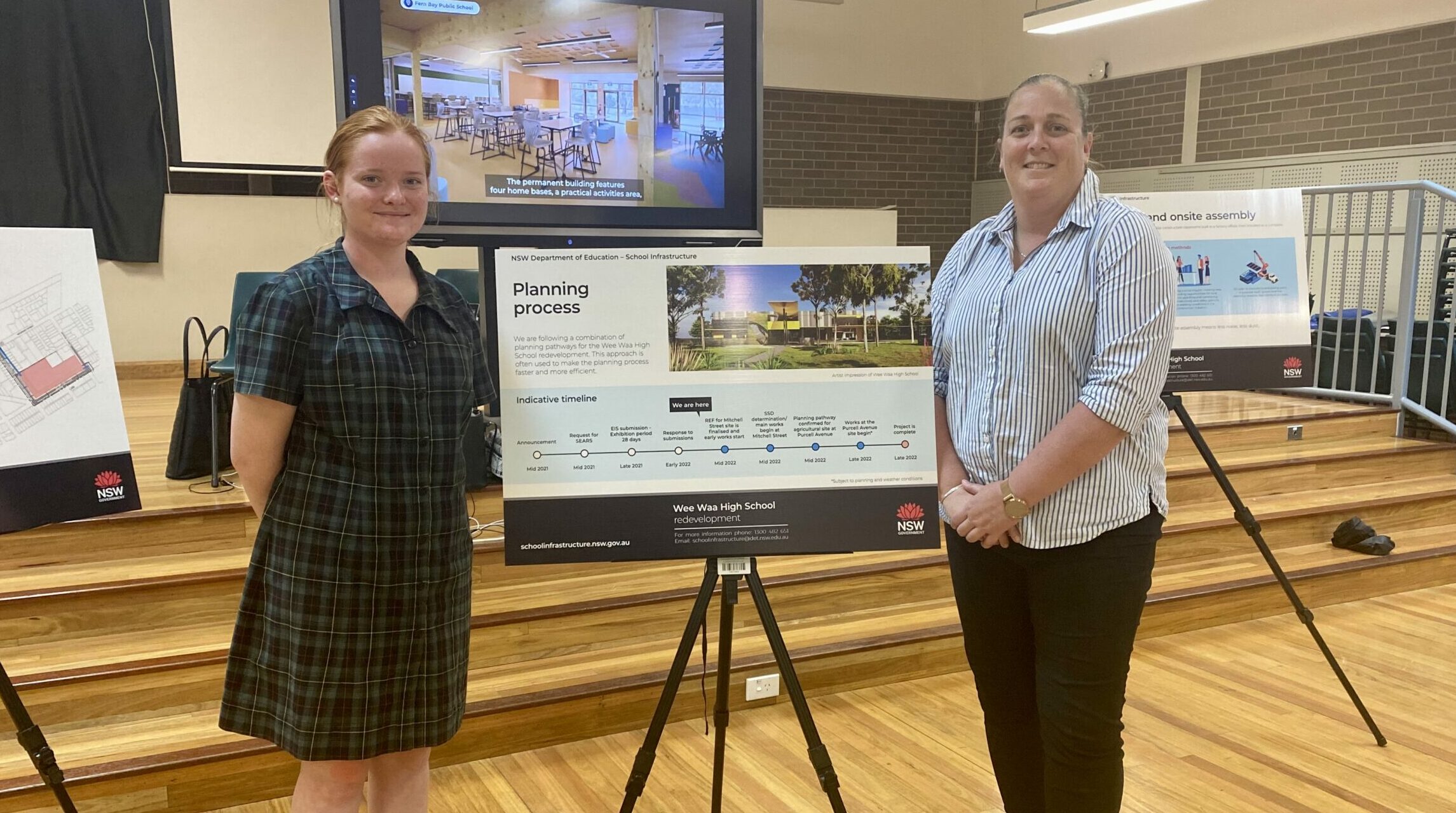 The community was recently invited to attend information sessions about the redevelopment of Wee Waa High School.

Last Tuesday, locals took part in a Connecting with Country community workshop, sharing ideas about the best way to reflect Wee Waa’s Gomeroi heritage in the design of the new high school.

The workshop was facilitated by Katie Moore, a Wiradyuri woman, who has extensive experience in embedding Indigenous design into building design, and in partnering with Aboriginal communities across Australia to empower economic opportunities.

The redevelopment project’s architect also participated in the workshop and will work with local Aboriginal community members to incorporate the outcomes into the final design.

On Wednesday, May 16, the School Infrastructure NSW team was on hand at a community drop-in session, answering questions, seeking feedback, and briefing attendees on the Mitchell Street project, which is expected to be completed later this year.

School Infrastructure NSW team members shared images, an impressive video of the construction process and new flyers to communicate details of the redevelopment.

“The method consists of combining the manufacture of building components, such as wall systems and façades, in a safe, clean and efficient factory environment off-site with onsite assembly.

“The parts will be transported to the school site on trucks and then assembled into place by local trades workers. This approach can reduce on-site construction assembly time by up to 30 per cent and provide an opportunity for the local workforce to be involved in the assembling of components.”

In June 2021, the NSW government announced a new high school would be built after a significant number of staff and students became unwell and suffered symptoms consistent with exposure to mould, including headaches, respiratory issues, and rashes. WWHS has been operating from the public school campus instead of the Purcell Avenue site, while the new school project is completed.

The community was given its first glimpse of the concept designs for the new multimillion-dollar school late last year.

New facilities will include a library, multipurpose hall, agricultural and environment centre, sports fields and courts and an Indigenous Cultural Centre. The project will also deliver state-of-the-art facilities, including 15 learning spaces.