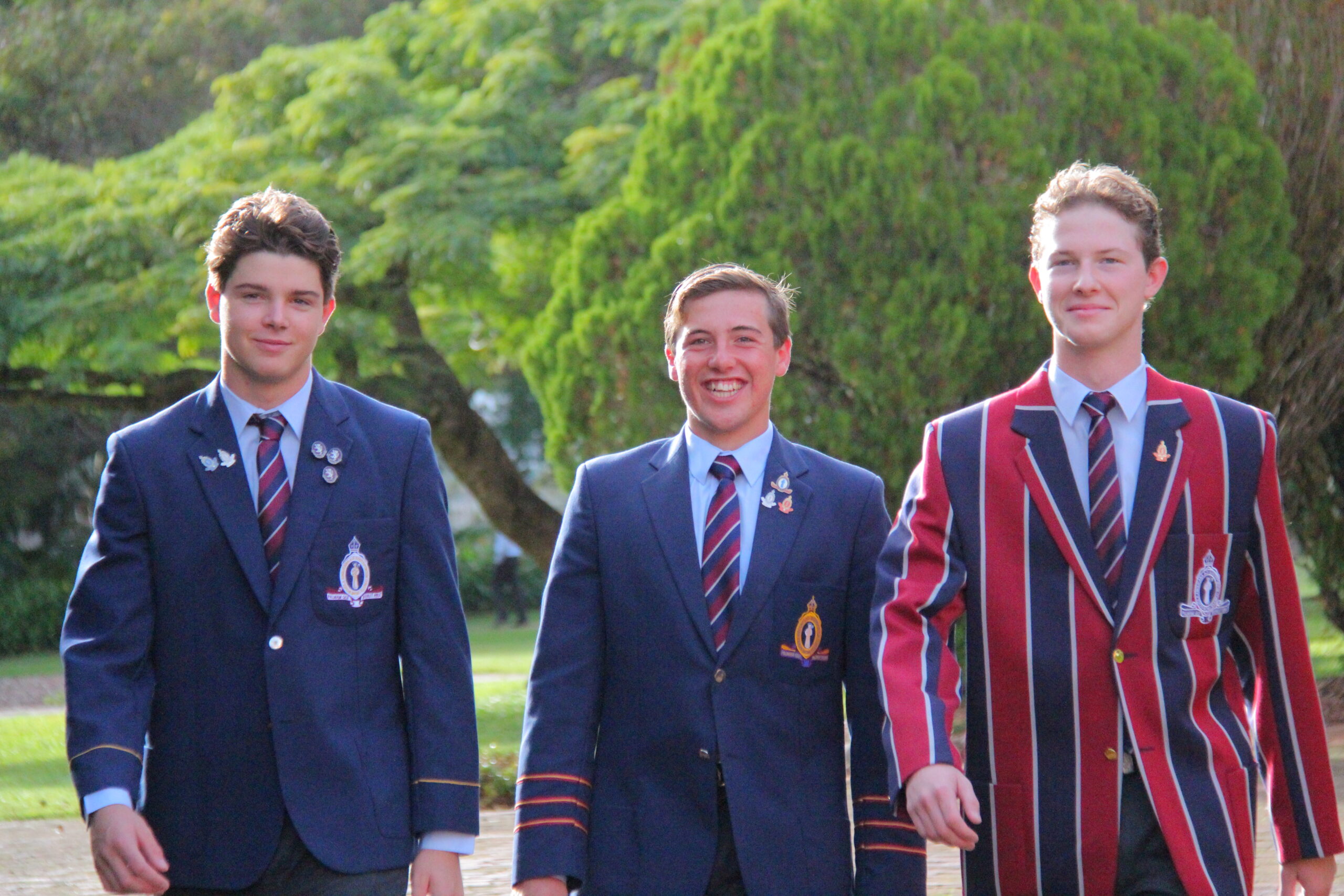 Three high school students from the small farming communities of Wee Waa and Burren Junction are having a big impact at The Southport School in Queensland: George Powell, son of Kim and Sam Powell; Joe Madden, son of Anna and Steve Madden; and Hamish Wright, son of Susan and Richard Wright are all part of the TSS 2022 leadership team. Wee Waa’s Joe Madden is school captain, fellow Wee Waarian Hamish Wright is head boarder, and Burren Junction’s George Powell is McKinley House captain and a school warden.

The small farming communities of Wee Waa and Burren Junction are very well represented in the 2022 leadership team at The Southport School, Queensland.

Born and bred on the North West plains, the outstanding abilities and good character of ­­­­high school students Joe Madden, Hamish Wright and George Powell have been recognised, with the young men stepping into the roles of school captain, head boarder, and McKinley House captain and school warden.

“We feel very fortunate to have some exceptional students from the area attend our school and live on campus,” said dean of TSS boarding Tony Watt.

“This year, three senior leaders are from Wee Waa and the Burren Junction area, which I think says a lot. Joe, Hamish and George are all fantastic boys, who have their own unique ways and interests, but all are brilliant role models for younger students.”

“With a 121-year history, TSS has been a home away from home to a lot of boys from the North West area of NSW,” said Mr Watt.

“The headmaster and I like to come to the area at least once a year to touch base with the many families and communities that we have long connections with.”

The role of a school warden is to actively promote the values of the TSS community; they are considered ‘the keepers of traditions’, and students are honoured with the position because of their ongoing support and commitment to their peers and the school.

The three young leaders have grown up helping their parents on the land and attended primary school in Wee Waa and Burren before heading off to boarding school at TSS in Year 7.

While many Queenslanders might struggle to recognise the town names of Wee Waa and Burren Junction, the talented trio is doing a terrific job of putting their North West farming communities on the map. Earlier this year, the TSS school magazine featured an article about captain Joe Madden, titled ‘An Old Soul in a Young Body’. Some extracts from the article are below:
Not many 17-year-olds have just spent the summer holidays working their family farm from 7am to 7pm.
It’s no skin off Joe Madden’s nose, though, in his eyes, it’s the least he can do.
“Mum and dad are agronomists helping people get the best out of their crops,” said Joe.
“So, when the weather is good they need to get to as many farms as possible. Us kids have to just get in there and keep our own cotton and corn crops going while they are gone,” Joe explained.
“Although they kept a lot of it from me, the droughts really hurt my parents when I was in grades 7,9 and 10.
“It’s a hard slog, so when the stars align, you get in there and do whatever is needed.”
For a young man who can leave batsmen baffled by his spin ball, is super skilled with the soccer ball and is academically on track to secure a university place in his chosen area, Joe’s humility is nothing short of refreshing.
“I must point out that us boys only work the family farm in the summer holidays not the winter holidays and I’ve actually had to come back to the Coast a couple of weeks early this year due to cricket commitments.”
Joe will be the 115th School Captain of The Southport School this year and it’s a leadership opportunity he is not taking for granted.
“Since Year 7 I have looked up to the school captains,” Joe said.
“It was a role I have always aspired to, but I would have been okay if it didn’t go to me knowing that the student appointed would have been the better man for the job.
“That wasn’t the case though and I was thrilled to receive the honour.”
Biddle housemaster Leigh Holtsbaum has watched Joe grow into the young man he is today and says the boy from Wee Waa models TSS values in every aspect of his life.
“Within Biddle House, he’s set the tone over the years for his peers and despite his success on the sporting field has always worked diligently on his academics,” said Leigh Holtsbaum.
“His leadership and friendship with his peers and role modelling for the younger boys sets him above.
“He’ll be a fantastic School Captain in 2022.”
Joe’s chosen sport is cricket and the 17-year-old plays for the First X1 team as well A grade for Broadbeach/Robina alongside TSS director of cricket Steve Baker.
“To be honest Cricket is my A plan, I would be living out a long-held dream if I could play for the Gold Coast Dolphins and one day head over to England to play for a county team.”
“I know that everyone with a sporting dream has to have a plan B though, and that for me is a degree that involves sport. So, at this stage, I am hoping to get into physiotherapy.”

Two men and a teenager have died following a two-vehicle crash near Wee Waa yesterday. Just after 5.30pm on Wednesday, June 15, emergency services were called to Culgoora Road, about 20km east of Wee Waa, following reports two utilities had collided. The driver and sole occupant of a Toyota utility – a 73-year-old man – and the male driver and passenger of a Nissan Navara – aged 64 and 16 – all died at the scene. Officers from Oxley Police District established a crime scene, which was examined by specialist forensic police. An investigation into the circumstances surrounding the crash […] 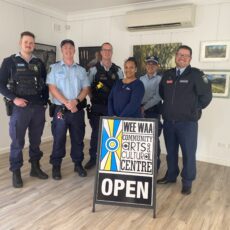 Crime prevention under the spotlight during a series of information sessions

Crime prevention has been under the spotlight this week, with the Narrabri Shire Council hosting a series of information sessions in towns across the region. Council joined forces with NSW Police, Narrabri and District Community Aid Service, Rural Crime Prevention Team and Hunter New England Local Health District to deliver a five-day Crime Prevention Week program. The program has involved community awareness and engagement meetings, covering important issues such as rural and business crime, home and cyber safety, bullying and online scams, domestic violence, and drug and alcohol minimisation. “It’s an initiative that’s come from the crime prevention committee, which […] 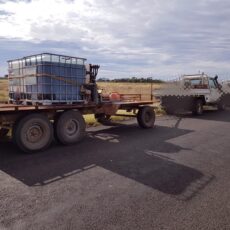 A p-plater has been fined $744 and lost five demerit points, according to Traffic and Highway Patrol Command – NSW Police. On Thursday, June 2, police from Oxley Highway Patrol were patrolling Spring Plains Road, near Wee Waa as part of Operation Convoy when they observed a Toyota towing another Toyota which was towing a large agricultural trailer. “The combination was stopped and the driver was spoken to,” said a statement posted on Traffic and Highway Patrol Command’s social media page. “As a result, he was issued infringement notices for ‘Tow more than one motor vehicle/trailer’ $469 and three demerit […]