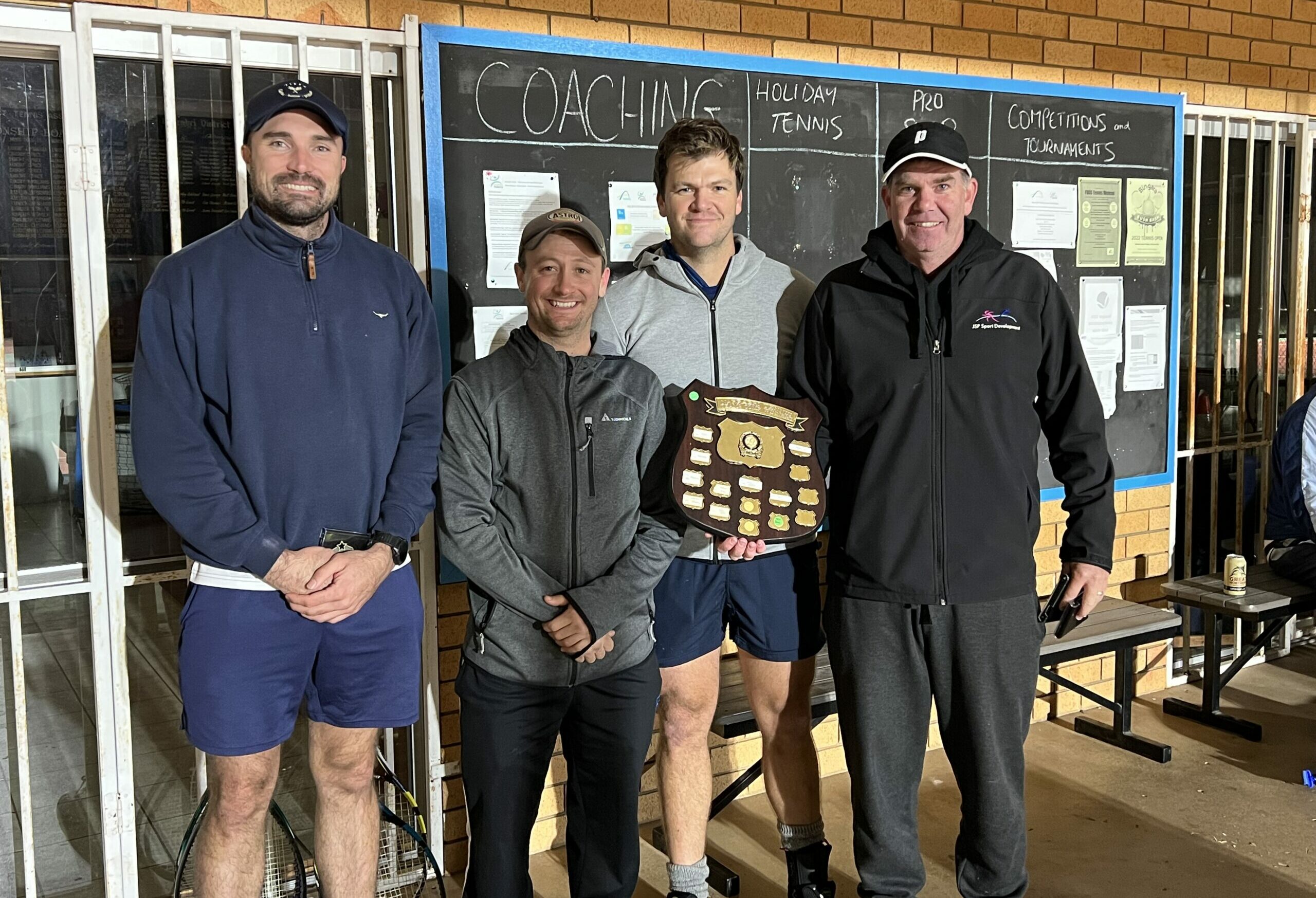 Narrabri and District Tennis Association hosted the grand finals of its February to June teams doubles competition on Wednesday, June 1 at the Dangar Park Tennis Centre.

It came right down to the wire as the champions won the six-set match 28 games to 27 following a tie-breaker in the final set to defend the title that they won in December last year.

As usual, the latest competition saw each team’s players given a ranking from one to four each round during the campaign. Players contested three sets every round and played with a different teammate during each set.

Each match is made up of six sets and the winner is the team that scores the most games on the night.

In last Wednesday’s decider, Kirk, Campbell, Hillard and Bushby played for their side against Shane Murphy, George Bennett, Callum Wales and Jack Hartnett.

Kirk and Murphy were the ones, the twos were Bennett and Campbell, the threes were Wales and Hillard and the fours were Hartnett and Bushby.

The first two sets saw the ones and twos play against one another and the threes and fours go head-to-head.

Murphy and Bennett downed Kirk and Campbell 6-4 in set one while set two was claimed 6-3 by Hillard and Bushby against Wales and Hartnett.

That saw the defending champions take a one-game advantage into the first changeover.

They extended that to five games at the second and final changeover as Campbell and Bushby scored a 6-1 set win against Bennett and Hartnett while Murphy and Wales edged out Kirk and Hillard 6-5 after a tie-break, which made the score 21-16 with two sets left to play.

Murphy and Hartnett made light work of Kirk and Bushby in set five as they outscored their opponents 6-1.

On the other court, Bennett and Wales took Campbell and Hillard to a tie-break as they were locked at 5-all after 10 games.

At 27-all on the overall scoreboard, that tie-break would decide not only the set but the A-grade championship itself.

Campbell and Hillard got the job done and it was their that team that was crowned champions.

The Narrabri and District Tennis Association’s next competition will be the two-person team doubles comp, which will get underway after school holidays have concluded in July and will be played on Wednesday nights.