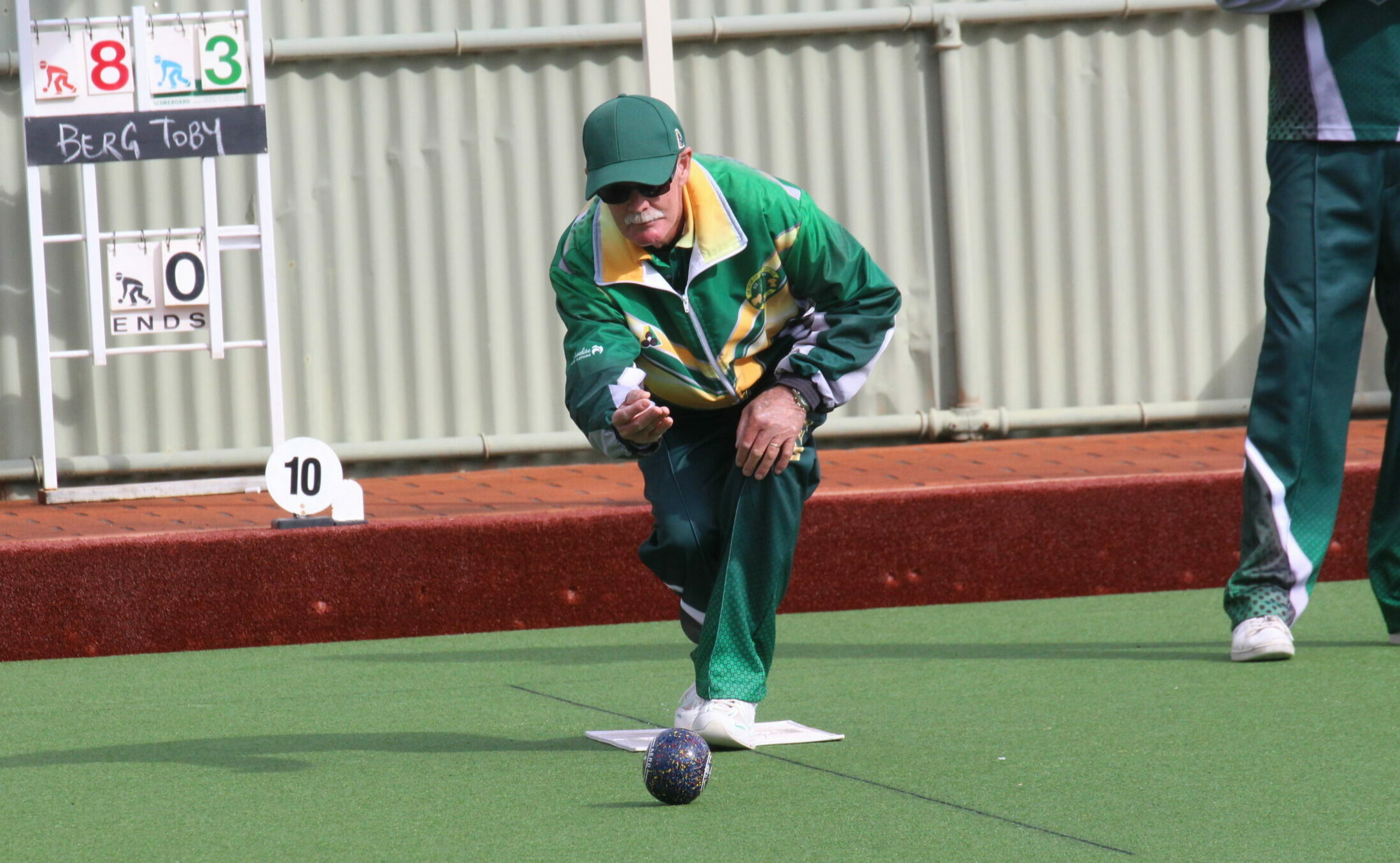 Steve Berger added to what has been a memorable year for the Wee Waa bowler when he was crowned Wee Waa Bowling Club’s A-grade Singles champion for 2022 on Saturday.

Berger celebrated a major milestone earlier in the year back in March when he surpassed 50 years as the club’s greenkeeper.

On Saturday, he lined up in what was his 10th A-grade Singles final and was crowned the club champion for the sixth time.

Berger took on defending champion Toby Reynolds in the final, which was contested on the club’s Laurie Hoad Synthetic Green.

Wee Waa received an abundance of rain late last week, which closed the grass green, and rain even threatened the match going ahead that morning.

However, conditions cleared up and Berger won the match 31-12 after 27 ends of play.

He claimed the first end to establish an early 3-0 lead before Reynolds hit back on the second end to make the score three shots to two.

Berger won two of the next three ends to make the score 6-3 and then went on a remarkable run that saw him claim the next six consecutive ends to go ahead 16-4 after 11 ends.

The 2021 champion Reynolds then produced an impressive run of his own as he won five of the next six ends a combined seven shots to one, which saw him reduce his deficit to seven as Berger led 17-10 after 17 ends of play.

However, the eventual winner of the final claimed six of the next seven ends to establish a commanding 28-11 lead at the completion of the 24th.

Reynolds scored his 12th and final point on the 25th end, but Berger scored the three points he needed across the next two ends to win the match in 27 ends by 19 points.

To get to the final, both Berger and Reynolds won three games earlier in the year.

They both had a bye in round one and then scored narrow victories in the round of 16.
Berger defeated Jay Hall 31-22, and Reynolds edged out David Hogan 31-27.

Berger then scored a 31-26 quarter-final victory against Paul Andreassen, while Reynolds won via forfeit in that round against Justin Knight.

Both finalists scored double-digit wins in their respective semi-finals to advance to the decider, as Berger beat Cody Booby 31-18 and Reynolds defeated Chris Crutcher 31-21.

Booby and Hogan won five of the first seven ends to establish an 11-4 lead before Dewson and Thompson both found their groove and won nine straight ends to make the score 20-11 with five ends left to play.

Hogan and Booby won three of the next four ends to reduce their deficit to five shots going into the 21st and final end.

However, Dewson and Thompson scored one shot on that final end to secure a 23-17 victory and advance to the competition’s final.

They will now play the winner of the second semi-final, which will include the team of Sean Anderson and Chris Crutcher and the team of Kay Dewson and Dustyn Allen.