Wee Waa climbs the ladder after scoring a big win 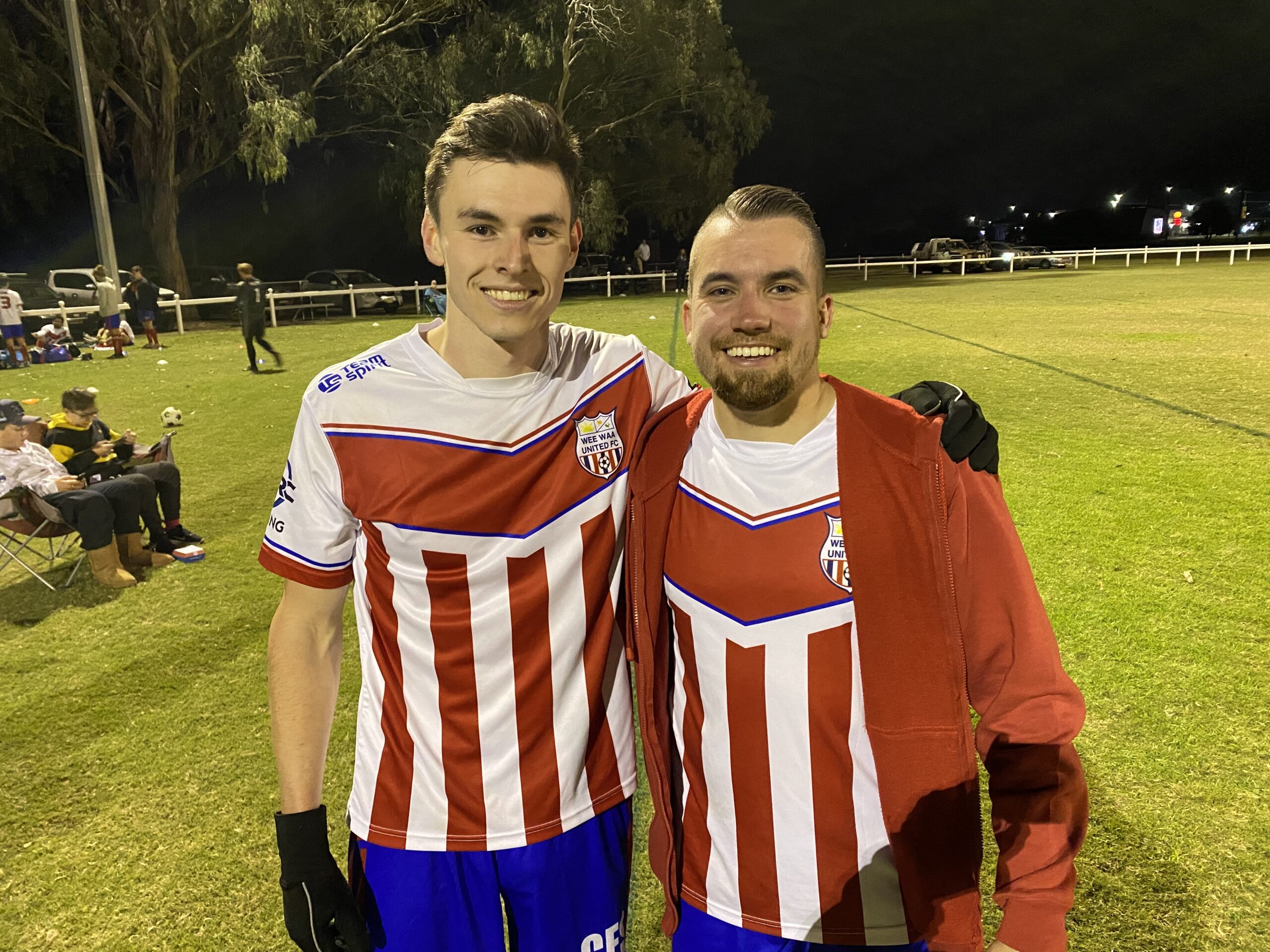 Wee Waa’s attacking midfield gun Alex Lucero ran rampant from start to finish in the Thursday night fixture and netted six goals as his side beat the Narrabri outfit 8-0 under lights in the rescheduled round four match.

The win was Wee Waa’s second in 2022 from five outings.

It has now accumulated eight points following its two wins, two draws and a loss.

Its latest victory was one that saw the Wee Waa side jump from fifth place to fourth on the ladder as it overtook Moree Services FC.

Wee Waa is now two points behind second-placed Narrabri FC and third-placed Gunnedah FC, but has a game in hand on both of those sides.

In the round four catch-up game last Thursday, Wee Waa took a 5-0 lead into half-time and scored three more goals in the second stanza to earn the eight-goal win.

Lucero bagged a double in the first 10 minutes of the game, and then teammate Ray Nixon made the score 3-0 on the quarter-of-an-hour-mark.

Lucero celebrated a hat-trick in the 19th minute and netted his fourth in the 25th to put Wee Waa ahead 5-0.

Narrabri Eleven FC introduced Tim Hayne off the bench at that stage of the game, which was the catalyst for an improved off-the-ball effort as the experienced defender helped his side discover its structure and limit the Wee Waa chances.

The visitors became frustrated as their attacking flow dried up, but they rediscovered their early form late in the match as they piled on three more goals.

Central midfielder Matt Hamblin was rewarded for his determination as he scored his first goal of the year. He charged onto a loose ball in the 18-yard box following a deflected shot from a teammate and netted after he was the only player on the field to not give up on the play.

Lucero then scored his fifth of the game in the 89th minute and added a sixth in stoppage time to make the final score 8-0.

Wee Waa United FC now turns its attention to this Saturday’s round seven match away from home against Gunnedah FC.

The Wee Waa side will finish the round in the top three if it wins that match, and could even finish second with a game in hand on the two teams directly below it.

Wee Waa and Gunnedah met earlier in the season at Cook Oval where they contested a 3-all draw.

The other round seven games this Saturday will see Narrabri Eleven FC host Inverell FC and Narrabri FC take on Moree Services FC.

Those fixtures will be contested at Hogan Oval, with four matches to be played on the Narrabri field.