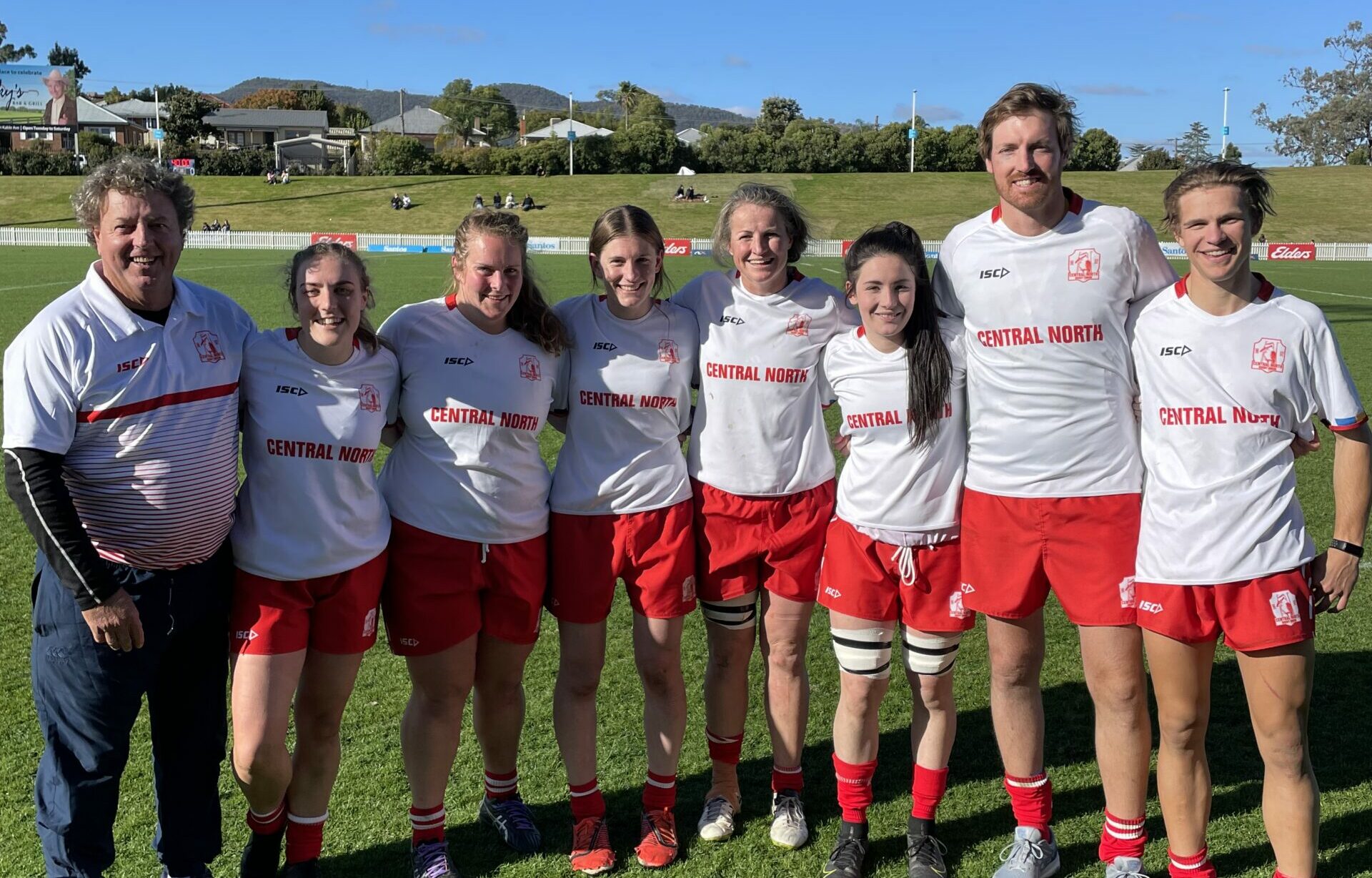 Central North Rugby Union enjoyed one of its most successful representative weekends in many years across the June long weekend in Tamworth as its men’s and women’s teams impressed at the NSW Country Championships.

Several Narrabri Rugby Club players were spread across the senior sides, with Daniel Kahl co-captaining the men’s side and Felix Cobb-Johnson playing alongside him in that team, and Kate Brown vice-captaining the women’s team, which also included Toni Gale, Peta Cox, Carly Baxter and Shona McFarland.

Wayne Nott was a trainer for the two teams, which both qualified for grand finals at the prestigious event.

The Kookaburras went through the weekend undefeated in the men’s competition to claim the Richardson Shield for the first time since 2015, while the women’s side qualified for the Thompson Cup final and went down against defending champions Central West.

Kahl, who is also one of two CNRU vice-presidents, told The Courier that he was proud of the Narrabri players who lined up for Central North as well as everyone who played a role in the Kookaburras’ success both on or off the field.

Following several years of obscurity, Kahl is confident a platform has been laid for more Central North success in the near future.

“It’s been a bit of a journey over the past couple of years,” Kahl said.

“In 2018, Central North didn’t field a side of its own, it played there as a combined side (with New England).

“The rebuild from that point to this year has been a pretty long one, but it’s really special that we’ve got to a point now where we’ve got our hands on some silverware – winning our first Richardson Shield since 2015 – and we’ve put a bit of pride back in the Central North jersey.

“We’ve got some players now who are really invested in carrying that forward. But we will need to step it up another notch again now that we’ll be competing for the Caldwell Cup next year.

“The women’s program especially has been impressive. A lot of organisation has been done by the coaching staff there.

“They’ve all been training since March which is a massive effort from them.

“They went down in the final but they’re now the second best team in country NSW which is a phenomenal effort.”

The Kookaburras’ men’s side played one game on Saturday, which it won 26-23 against Western Plains after it was awarded a penalty try after the bell when it trailed by four points.

That saw the team advance to the Richardson Shield final on Sunday. It took on Mid North Coast in that game and converted a 29-7 half-time lead into a 41-17 victory.

Central North was one of nine teams scheduled to play at the event, but only eight eventually competed after New England pulled out.

Being one of the three lowest-ranked sides out of the nine meant that the Kookaburras could not compete for the Caldwell Cup, which was won by Central Coast.

However, the Richardson Shield victory ensured that Central North will enter the 2023 Country Championships as one of the six top-ranked sides and will have a chance to play for the Caldwell Cup.

“We moved up from eighth to fifth, which was the best possible outcome for us this year.

“Assuming they keep the format the same next year, we’ll be in pool A with Central Coast, who won the Caldwell Cup, and Illawarra, who came third.”

The Kookaburras dominated on day one of the Country Championships in the women’s division. They did not concede a try all day as they downed New England 22-0, Far North Coast 41-0 and Hunter 8-6.

They then took on the defending champs Central West in the grand final on Sunday and went down by 23 unanswered points in what Kahl described as a much closer contest than the scoreline suggested.