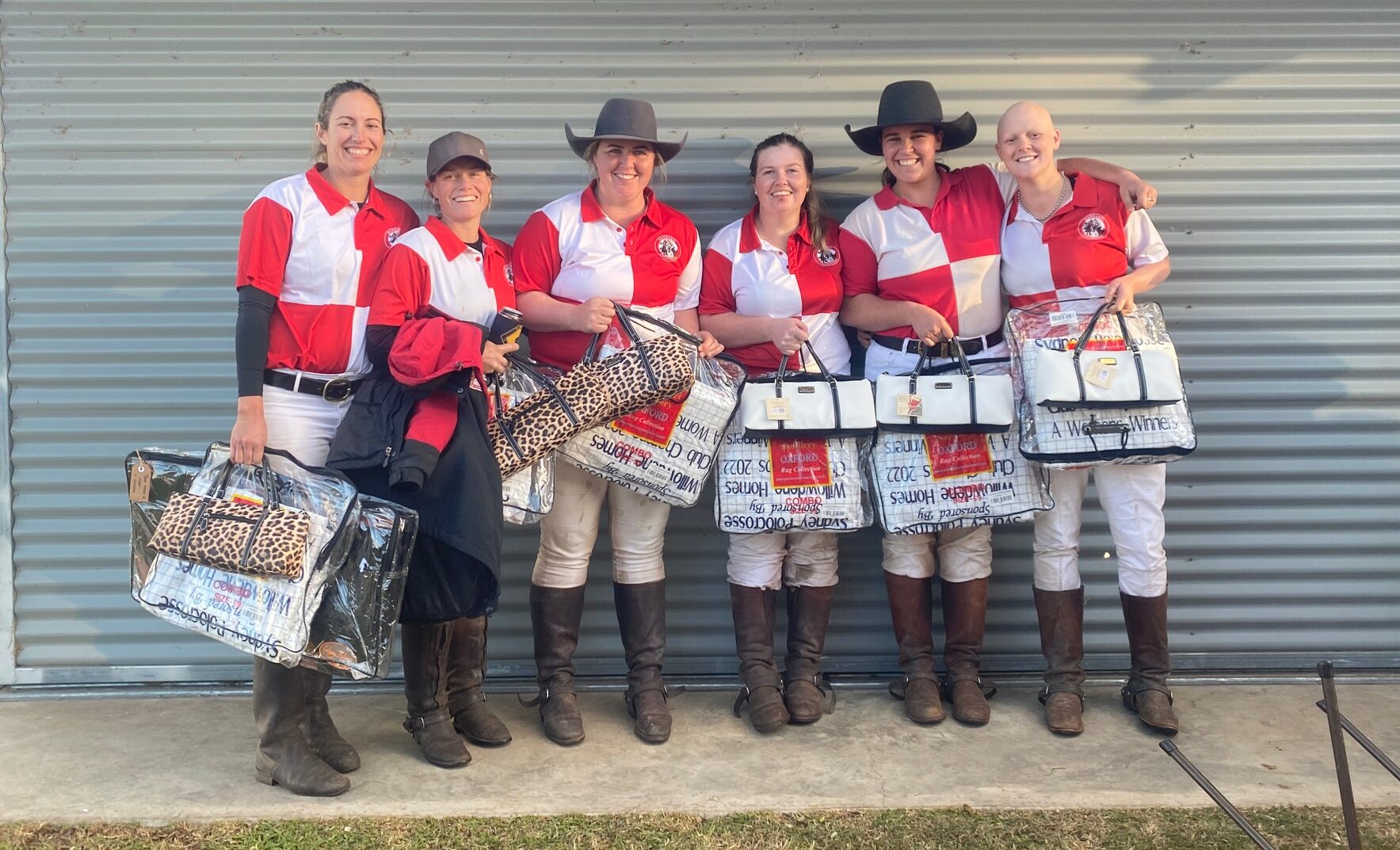 Narrabri Polocrosse Club reached an incredible height on Sunday when it was crowned champions of the entire NSW women’s division at the NSW Club Championships event at Coolah Recreational Grounds.

Lauren Sibley, April Leggett, Grace Halsted, Felicity Elford, Jessie Ross and Hayley Constable were at their brilliant best on Saturday and Sunday as they combined to earn one of the state’s highest polocrosse honours.

The two-day event was hosted by the Sydney Polocrosse Club. It was initially scheduled to be held in Sydney, but a decision was made in April to relocate it to Coolah due to flood events and weather predictions for Sydney.

Narrabri’s women’s players made the Coolah fields a happy hunting ground during two days of play.

They met local rivals Galloping Gully Polocrosse in a grading game on Saturday, which they won 16-8 to be placed into the highest grade.

Narrabri then took on Bunnan that afternoon and scored a 16-10 victory to finish the day undefeated.

The Narrabri side then extended its win streak to three matches the next morning when it kicked off Sunday’s proceedings with a dominant 21-8 semi-final victory against Albury.

The other semi-final saw Jugiong’s women’s team advance to the decider after it downed Bunnan.

Narrabri and Jugiong went head-to-head on Sunday from 1.30pm on the main field, and it was Narrabri that got the job done. Sibley, Leggett, Halsted, Elford, Ross and Constable won the final 14-5 to be crowned the 2022 NSW women’s champions.

Halsted was a standout across the weekend and was named the event’s best overall lady player, while Sibley and her horse Mackenzie claimed the best horse and rider combination in the A-grade women’s division.

Another Narrabri Polocrosse Club ladies player dominated in Coolah across the long weekend.

That was Makayla Elford, who pulled on the green and gold to represent her country in the Australia versus New Zealand Intermediate Test Series.

The two sides contested three games across three days from Friday through to Sunday. Australia recorded a clean sweep with 34-18, 37-15 and 30-17 victories against its Trans-Tasman rivals.

There were several other Narrabri players in action across the weekend in the Club Championships.

They beat Roma in their first game and then went down against Albury in their semi-final before competing in a social game against Gold Coast to wrap up the weekend.

Hunt and his horse JH Silent took out the Champion Master ASH award.

Paige Fielder teamed up with the Muswellbrook club’s women’s side in the women’s C-grade division. They had two wins and two losses across the weekend.

The club was proud to enter an all-girls junior team, which consisted of Brittney Schwager, Hallie Thompson, Ella Hunt, Pip Cullen, Skye Manning and Lily Baguley, while subbies trio Archer Hunt, Kaitlan Schwager and Oscar Thompson were also in action across the weekend. The club said it was pleased with how those young players performed and are progressing.

Narrabri Polocrosse Club will host its annual carnival on Saturday and Sunday, July 9 and 10.

The carnival, which will be the club’s first since 2019, will also host the sixth Whitehaven Junior Challenge.