The industry has repeatedly pointed to the continuing use of government handouts and press releases as ‘unpaid’ advertising – the expectation is that the government departments’ material will be published but minimal paid advertising is forthcoming.

Country Press NSW, which represents the largest group of independent NSW newspapers, is looking to ensure the future viability of the industry after years of COVID-19 related turmoil.
CP NSW president Lucie Peart said the meetings with the NSW government were constructive and very positive.

“The talks were frank and honest, we were able to discuss our concerns with different levels of the NSW government and there is a mutual commitment there to work on building a relationship,” Mrs Peart said.

She said while businesses have continued to support their local independent newspapers during the recent difficult trading years, and readers have stayed loyal, the role of government advertising was vital.

“But this issue is not just about regular government advertising dropping off,” Mrs Peart stressed.

“We believe that some government departments are not getting their information through to local areas in the country, so people are not being adequately informed.”

Member of the Legislative Council Scott Barrett told the Upper House the support of country newspapers was vital.

“As a trusted voice in regional NSW, local newspapers remain a valued communication channel and source of connectedness in our local communities.

“Despite what we hear about social media or search engines taking the place of our traditional print media, in regional NSW the local paper is still critical to our local communities.

“I do not think there would be many families who did not have a clipping in a drawer somewhere of one of their kids or some other family member in the junior sport reports, the social pages or sharing a story about a local event.

“Our local papers are vital to communicating events, telling local stories and keeping locals informed of what is going on in their town. The effort that goes into those publications is amazing. It is a testament to not only the quality of the people living in our small regional communities but also how important those publications are to those communities.

“It is important that we are aware of the amazing work they are doing, and how critical it is.

“As our papers look after our regional communities, we need to look after them by using the advertising and information services that they offer—because it is still an extremely effective way of communicating with the people of regional NSW.” 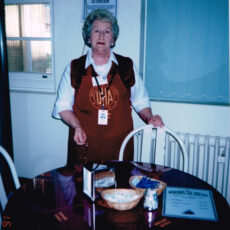 On Friday, January 28, 2022, Sally Margaret Alexander, wife of Boyce, mother of Peter and Michael, passed away at the age of 82. Sally Margaret Robinson was born in Sri Lanka on March 15, 1939, to British parents Christine and William Robinson. Sally’s parents both served in the military and sadly William was an early casualty of World War II. Christine later married Colonel Len Moffatt, a Royal engineer. Following the end of the war, when Sally was 10, with her sister Joan, the family left Sri Lanka with the intention to settle in Canada. Len and Christine Moffatt’s plans […] 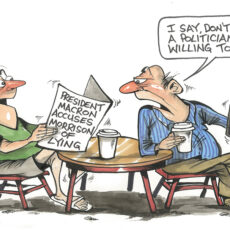 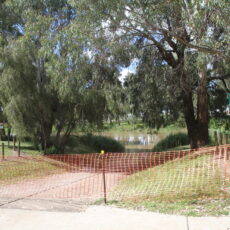 The community has been advised the waterway running east of the Narrabri Creek boat ramp has been closed to all public access. The closure is in effect until further notice and is in relation to an ongoing police operation.   FacebookTweetEmail