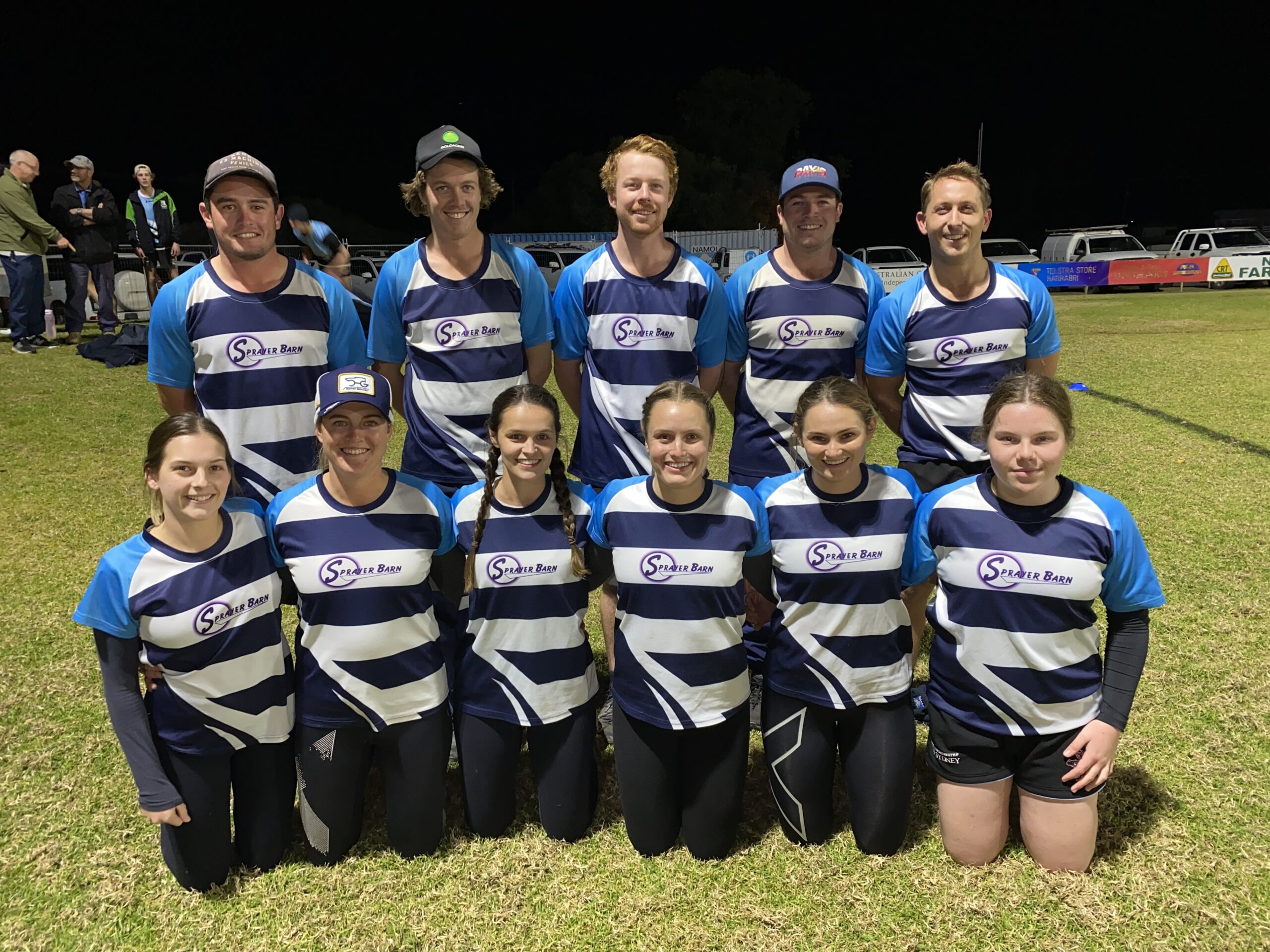 Narrabri Touch’s 2022 season mixed competition came to an entertaining conclusion on Friday night when the grand finals were contested at Dangar Park.

There were more than 200 people in attendance at the home of Narrabri Rugby Club to watch three top quality matches, two of which were decided by just one point.

One of those was the A-grade final, which Sprayerbarn Spinouts won 5-4 against Agies. Toby Keys scored the match-winning try in that game with 10 seconds to go, less than a minute after Agies had made the score 4-all with a try that looked certain to send the game into overtime.

The B-grade final did enter a dropoff period as Win Or Booze and TRTW could not be separated at full time.

The sides both scored four tries each in the 30 minutes of regulation time, which meant an overtime period was required to determine the winner.

Win Or Booze prevailed when both teams were down to four players each as Keegan Richardson linked up with teammate Cooper Brayshaw to carve up TRTW down the middle and race away to score the winning try.

The first game of the night saw Hounddogs claim an 8-4 win against Cougars to be crowned the C-grade champions.

Narrabri Touch hosted its mixed competition awards presentation in the Blue Boars’ club house when the A-grade final had concluded, during which individual and team excellence were acknowledged.

All of the six grand final teams were congratulated for their efforts, as was non-playing referee Wayne Nott and the grand final night MC Daniel Kahl.

Three outstanding players were named the player-of-the-final for their respective matches.

The C-grade player-of-the-final was Hounddogs’ Blake Hilderson, who was lethal in the attacking third from start to finish and ended the game with four try assists.

The B-grade player-of-the-final was Win Or Booze’s Keegan Richardson, who scored the match-winning try in the drop off period.

The A-grade player-of-the-final was Sprayerbarn Spinouts’ Jydon Hill, who scored three of his side’s five tries and also set up Keys’ match-winner with 10 seconds left to play.

The association’s referee encouragement award was presented to Cassidy Staines, who also played for the Witty Wizards throughout the campaign.