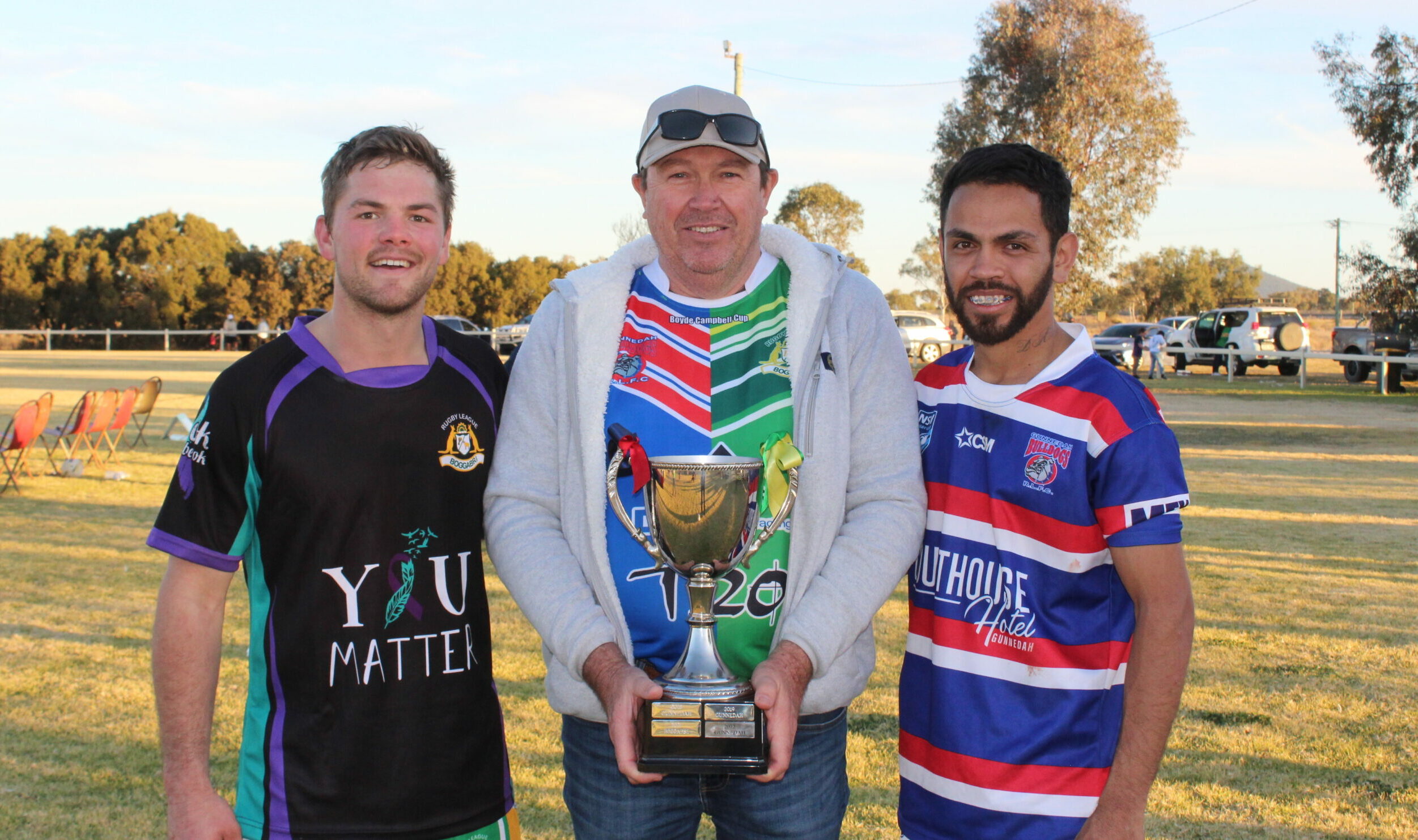 headspace were also big winners with about $12,500 being raised on the day and donated for the event.

Boggabri and District Rugby League Football Club president, Greg Haire, spoke of the importance of the event on Saturday.

“Today, we celebrate and remember a talented young footballer, but most of all, an incredible person, father and mate to all,” Haire said.

“Boyde will continue to be remembered and missed by all that knew him”.

“Today, we will be raising money for headspace and a reminder to take the opportunity to reach out and check on our mates, because no story should end so soon.”

Haire also wished the Gunnedah club all the best for the rest of the season and thanked all the players, committee members, volunteers and sponsors for their involvement in the event.

Prior to kick-off of the first-grade game, Richard Gillham gave a brief history of the Boyde Campbell Cup and paid tribute to Boyde.

“The Boyde Campbell Cup has been running since 2018,” he said.

“Boyde took his life on October 2017. Boyde played his junior football in Gunnedah.

“Boyde left behind two children, Arlie and Vann and everyone else that was related or called Boyde a mate.”

“It was only last week that Boggy players were talking randomly about the hardest tacklers in Group 4 and Boyde was in the mix.”

“Our day today is to encourage talking to each other in an age where communication is easier through devices to make a call to your mate and be willing to listen and support one another,” Mr Gillham went on to say.

“There is a stigma in mental health and especially men. Today is a day where we are breaking the silence and raising awareness for people to speak up and talk about their feelings even if your voice shakes.

“Please don’t hesitate to talk to your family or friends and if this has triggered a thought for anyone, please know that there is help out there with services such as Beyond Blue, Lifeline and headspace available.”

All donations and funds raised on Saturday will go headspace at the request of Boyde’s family.

Gunnedah completed a clean sweep on the field on the day with its Boyde Campbell Cup win after prevailing 44-0 in the ladies league tag match and winning 28-16 in reserve grade.