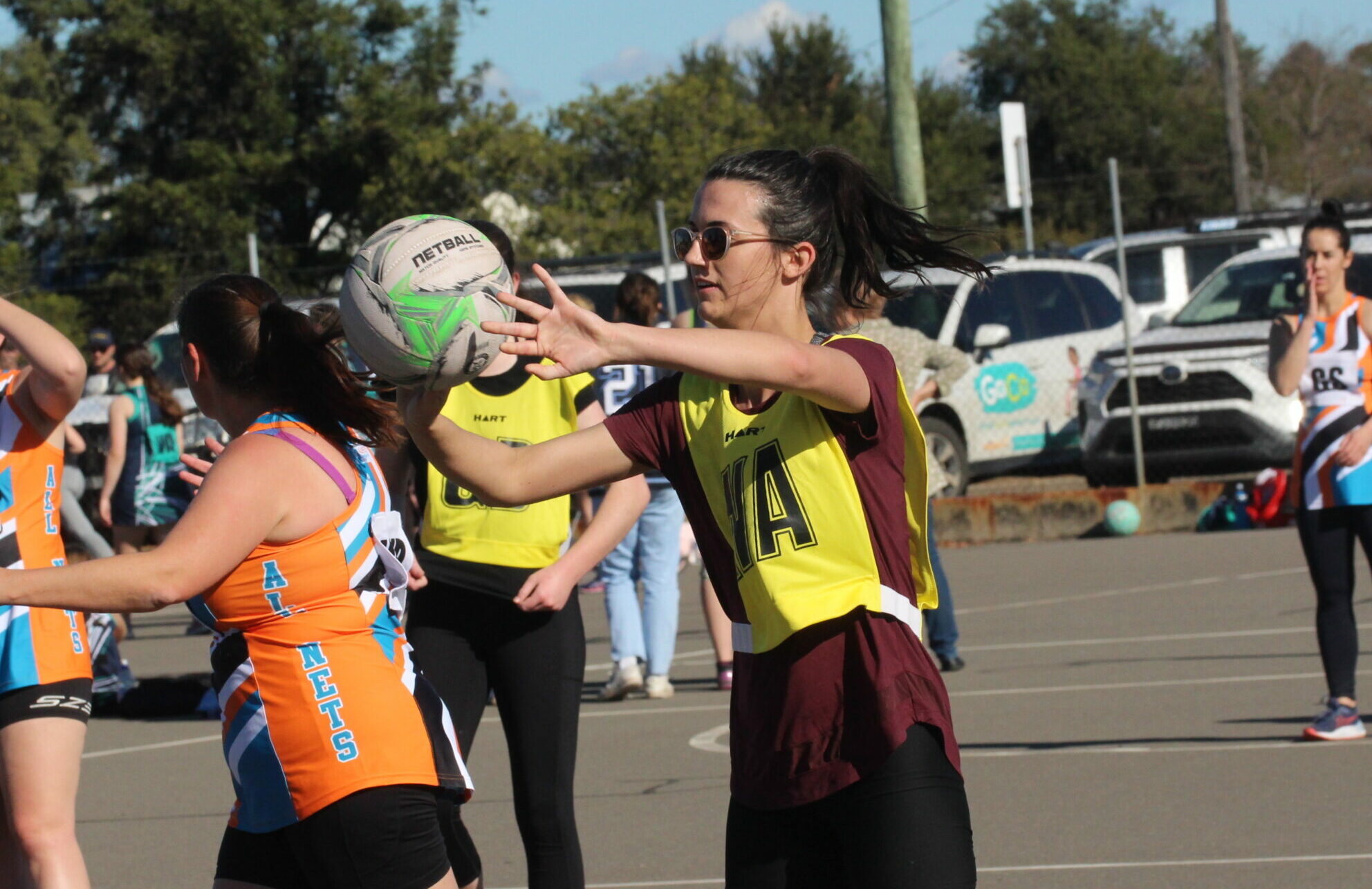 Win or Booze's Clare Bollen in action earlier this season.

Narrabri Netball Association’s teams will return to the Bev Burrows Courts this weekend as a four-week holiday break comes to an end.

NNA will host the eighth round of its winter campaign on Saturday after its round seven matches were contested back on June 25.

For A-grade ladder leaders Fever, Saturday’s round eight game will be its first in seven weeks after it had the round seven bye before the break and won by forfeit in round six after the long weekend bye.

The last time Fever played was back in round five on Saturday, June 4, when it outscored Tourist Tornadoes 40-33. It will take on Vicious and Delicious in round eight and has the chance to claim outright first place as second-placed side Wee Waa Flames sit out with the bye.

The other A-grade games will see Not Fast But Furious challenge the Pharmacy Flamingos, and the Tourist Tornadoes meet Golfie Grubs.

In B-grade, the last-placed Wilga Warriors will go in search of their first win of the campaign when they take on top-ranked side The Goats on Saturday.

Other matches will see Hot Shots challenge Win or Booze, Blue Rebels go up against All Nets, and Win Diesel and Pretty Poison go head-to-head.

Saturday’s games are the start of the second half of the regular season for the senior sides, with only seven rounds remaining ahead of the two-week finals series.

The 2022 junior competitions will also resume on Saturday morning.

The under-11-13 fixtures have top-ranked Namoi Cotton Thunderbirds set down to take on the last-placed Swifts, while Magpies will challenge Lightning, and C and W Firebirds take on Giants.

The three under-9/10 teams will all play two games each again in round eight after a group skills session.

Top-ranked team Valley Vixens will play in games one and three, against Roses and Diamonds, respectively, and those two teams will play against one another in game two.