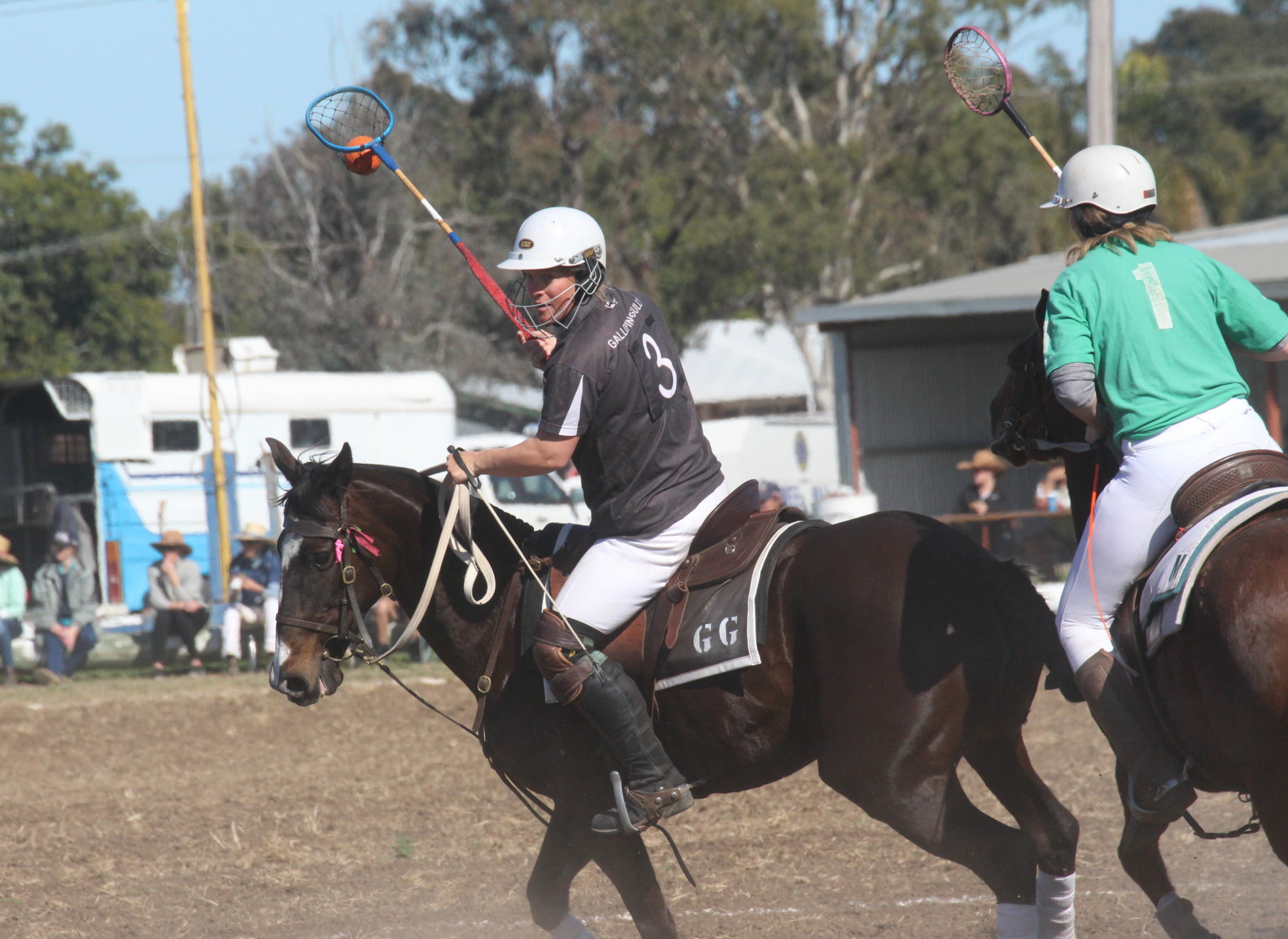 Galloping Gully Polocrosse Club's Steffi Lilliebridge in action at the Cubbaroo Polocrosse Club carnival on Sunday. Lilliebridge has been named in North West Plains Polocrosse's senior mixed side to compete at the NSW Zone Championships in Dunedoo on Saturday and Sunday, August 6 and 7.

North West Plains Polocrosse has named the 41 players who will travel to compete at this year’s NSW Zone Polocrosse Championships in Dunedoo on Saturday and Sunday, August 6 and 7.

The zone’s team lists were released on Monday night and include players from all three Narrabri Shire clubs.

Thirty-six of the 41 are spread across six teams, and the remaining five will line up in the pool competition that will run across the weekend.

North West Plains Polocrosse’s secretary, Steffi Lilliebridge, told The Courier that the zone was thrilled with the quality across the board, from the youngsters in both the sub-junior and junior sides all the way up to the senior squads.

“It’s really good to see so many quality players coming from our zone, considering we’re quite a small zone compared to others in NSW,” she said.

“I think all of our teams are in for a really good shot.

“There are some really experienced players amongst all teams, including the juniors.

“Hopefully we can come away with some wins.”

For both clubs, it was their first time running their carnival since the 2019 season, following two tough years that were affected by a combination of COVID-19 and wet weather in 2020 and 2021.

Lilliebridge described both as being very successful and added that it was especially impressive to see Narrabri’s carnival attract hundreds of players and spectators from across Australia to the Narrabri Shire.

The Galloping Gully gun, who will represent the zone in Dunedoo, said that all North West Plains Polocrosse representatives are now eager to take part in one of the biggest events of the season.

“Everyone is really keen,” Lilliebridge said.

“It’s been few and far between with polocrosse because of COVID the past few years, and the drought before that affected polocrosse a lot too.

“The zone is really excited, straight off the back of Narrabri and Cubbaroo, to get straight into Zone Champs and then for Gully’s carnival the weekend after (Saturday and Sunday, August 13 and 14).

Coaches and managers for the six teams are expected to be announced this weekend.