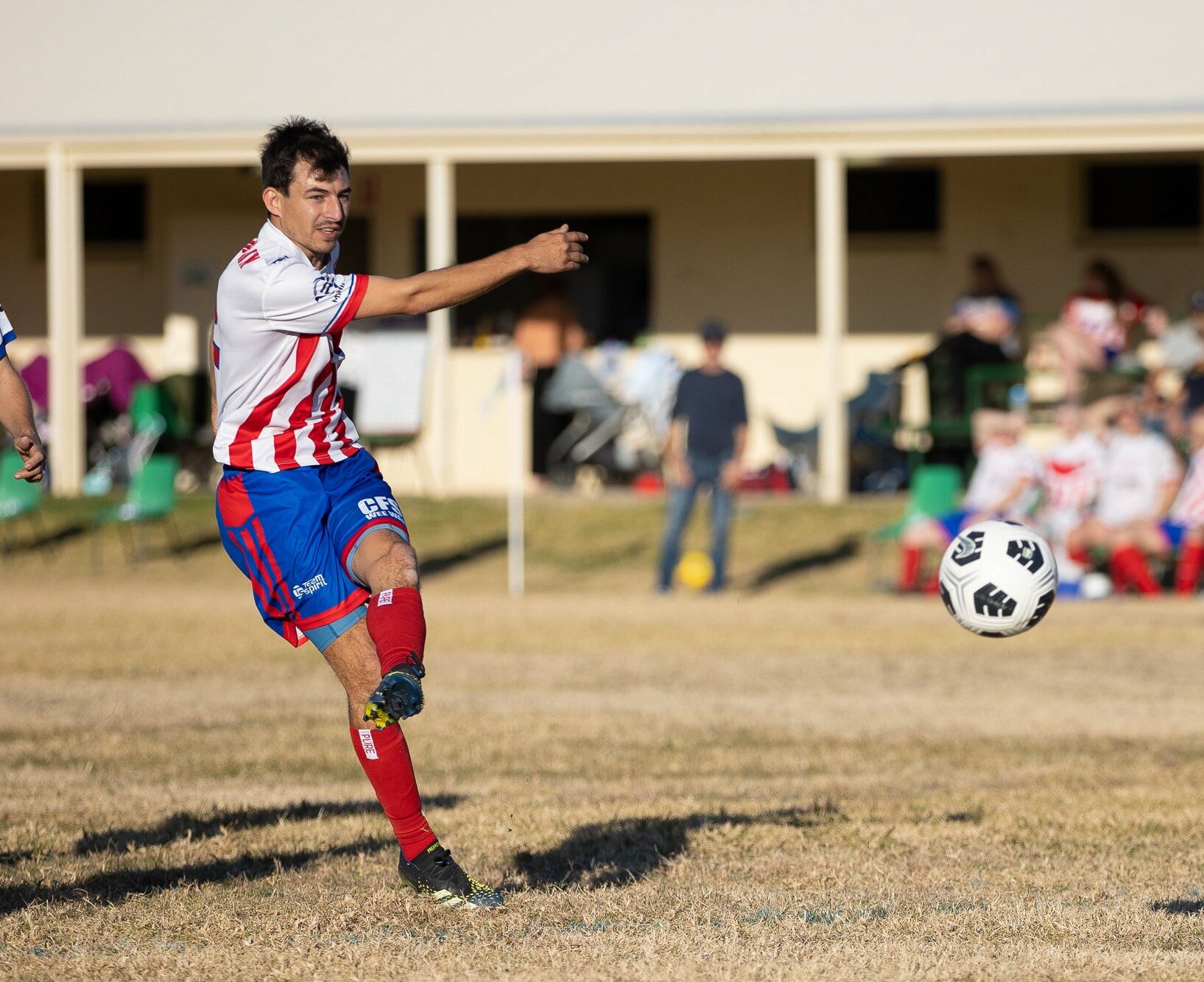 If Wee Waa United FC is unable to secure a top-two finish on the Namoi Soccer League first grade ladder in three rounds’ time, a crucial win on home soil on Saturday has almost certainly ensured that the club will at least host the minor semi-finals.

David Avery’s third-placed team hosted fourth-placed Gunnedah FC at Cook Oval in round 12, where it ended a two-game losing streak as it outscored the visitors 7-2.

Wee Waa United trailed 2-0 on the 10-minute mark after the visitors got off to a brilliant start, however, the hosts led 3-2 at half-time after Nathan Hamblin scored two goals and Ben Cooper netted as well.

Wee Waa then outscored Gunnedah four goals to none in the second half as Hamblin bagged two more to finish with four, and Avery and Jacob Hopman also got on the scoresheet.

Now, unless the Gunnedah side wins all of its remaining games, Wee Waa will finish at least third.

Even if Gunnedah FC does achieve that, Wee Waa requires just one win to ensure that it finishes the regular season in the top three regardless of Gunnedah’s results. That is highly likely given that two of its final three matches are against the two teams outside of the finals picture.

The round 12 victory also saw Wee Waa keep pace with the two sides that sit above it on the ladder, which kept its major semi-final hopes alive.
Narrabri FC scored a 8-1 away win against Moree Services FC to remain five points clear of Wee Waa and two behind the ladder leaders Inverell FC, which scored an 11-0 home ground victory against Narrabri Eleven FC to stay on top.

Wee Waa United returns home in round 13 this Saturday when it hosts Moree Services FC at Cook Oval. It can make ground on at least one of the two top-ranked teams with a win.

Narrabri FC will host Inverell FC on in round 13 on Saturday afternoon, and depending on the result of that game at Hogan Oval, Wee Waa United would move either two, three or four points adrift of the side that is ranked second if it gets the job done against Moree.

Meanwhile, Wee Waa’s reserve grade side was also victorious on home soil on Saturday to finish the weekend in third place.

Wee Waa won 2-1 after Hayden Shearin scored in the first half and Axel Currey netted in the second, which cancelled out a second half Gunnedah goal.

Wee Waa went into the weekend in fourth place but overtook Narrabri FC, which had a nil-all draw in Moree to drop to fourth.

The other match saw Inverell FC prevail by forfeit against Narrabri Eleven FC.

This Saturday’s round 13 matches will see Wee Waa host Moree at Cook Oval, and Narrabri FC host Inverell and the Elevens host Gunnedah at Hogan Oval.