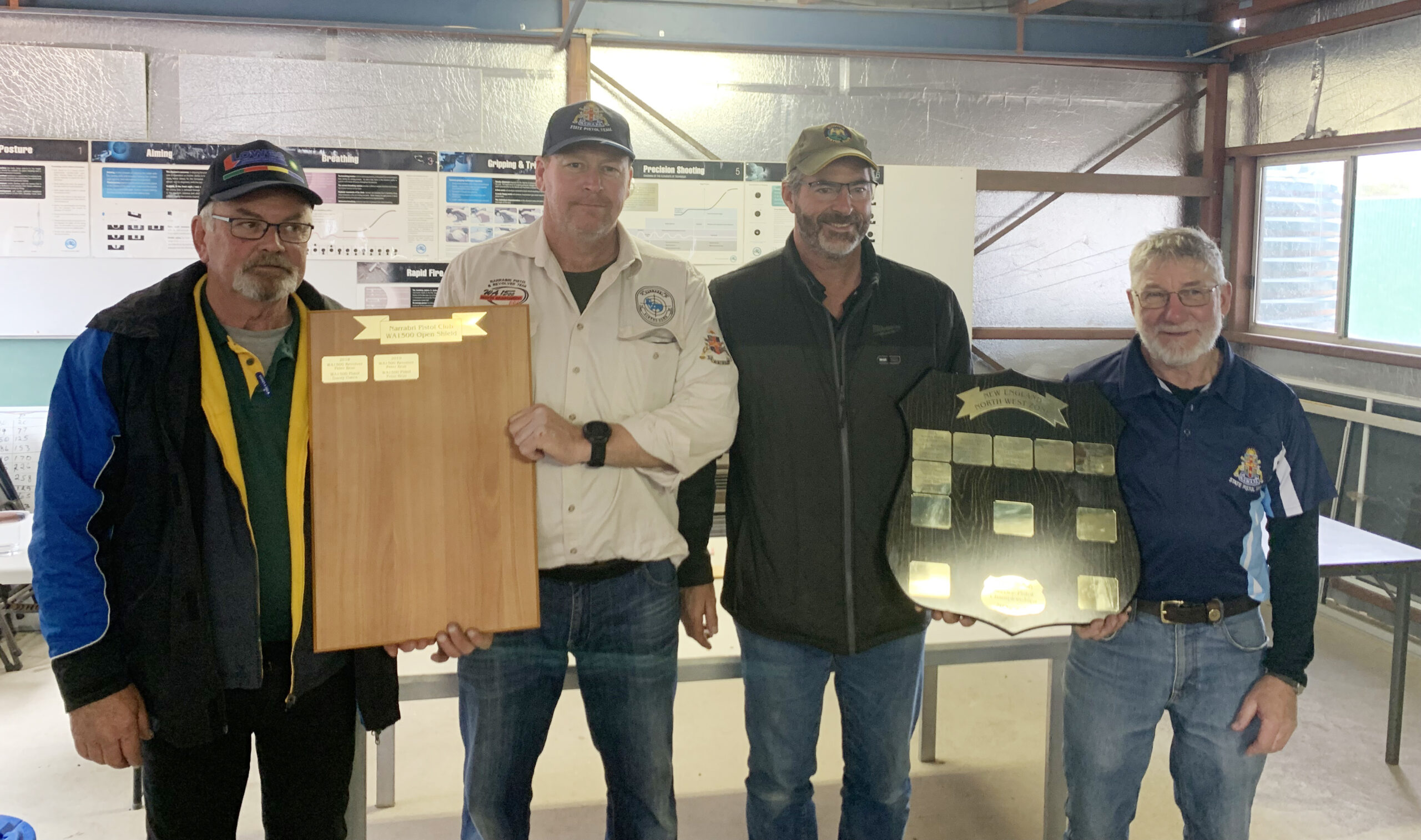 This prestigious annual event was cancelled last year due to COVID-19, but this year there was a good roll up of 29 competitors who travelled from as far as Canberra in the south to the Queensland border in the north and from many points in between.

The North West Zone Service Pistol and WA1500 Open is a popular shoot on the service pistol and WA1500 calendar due to the great facilities at Narrabri Pistol Club as well as the support of many local businesses by way of sponsorships.

Saturday was a perfect shooting day for the service pistol matches – cool and sunny with virtually no wind. Sunday then saw some gusty winds descend on the range, but not enough to disrupt the WA1500 matches.

Narrabri’s Grahame Keys did a great job as the organising secretary of the event and was supported by a small but energetic band of workers.

Melinda Marsh, assisted by Ivan Bettens, did a fantastic job keeping everyone fed over the two days. Lewis Griffiths usually mans the barbecue but was unfortunately struck down by COVID-19 this year.

The NSW Amateur Pistol Association appointed two judges – Brian Johnson from Orange and Rob Broughall from Lake Macquarie – to ensure that the competition complied with sanctioned comp requirements as the scores across the weekend can be used for state and national team selection.

Grahame Keys was the top Narrabri Pistol Club shooter. Grahame was victorious in service pistol unrestricted and also WA1500 revolver (by a countback on Xs), and he placed second in service pistol 25 yards and WA1500 optical sight.

Off gun results are as follows: