Two decades ago a fictional thriller set in the South China sea about Chinese ambitions had an Indonesian admiral warning that China was like an oak tree – no-one could see it growing but each year it grew and expanded its presence.

The modern geopolitical world now must deal with the multi-faceted reality of China emerging as a first-rank global power.

Although the People’s Republic of China today is a muscular nuclear nation with extensive military power it does not seek territorial expansion or foreign domination militarily; rather, China has relied on the exercise of tight political control of its constituent populations to ensure internal stability while projecting power internationally through a variety of ‘soft power’ mechanisms and dogmatic assertions and actions to assure its unilateral claims about border boundaries, trade, human rights and policy objectives.

The ‘oak tree analogy’ would seem to have relevance in contemporary times in the light of China’s responses to perceived diplomatic and other slights.

On one hand, China has established outreach programs, designed to win (some say, ensnare) friends and allies.

These include generous loans to developing nations, infrastructure development and aid projects in many countries, and big global trading deals.

Of course, the biggest of these is the Belt and Road Initiative, an ambitious scheme to connect Asia with Africa and Europe via land and maritime networks along six corridors with the aim of improving regional integration, increasing trade and stimulating economic growth in almost 70 countries.

The costs to China of these economic development plans is huge but the eventual rewards for China are likely to be staggering and long-lasting.

Running parallel to China’s ‘soft power’ projections is a much darker mix of policies which have become evident around the world; these include uncovered efforts to exercise covert influence on foreign
governments and institutions, and to apply unexpected, abrupt and unwarranted interruptions or cessation of long-standing trade agreements.

Australia’s apparent unwisdom in calling for an international inquiry into the origins and spread of COVID-19 not only touched a diplomatic nerve in China but may have also been seen as an opportunity for China to teach a disproportionate lesson to a southern hemisphere ally of the United States.

The result of course, has been a series of rolling actions by China including anti-dumping and anti-subsidy charges relating to Australian barley exports, import bans on some Australian abattoirs, notices to Chinese state-owned utilities to cut back on Australian coal, threats to Australian wine imports, and now China is discouraging its spinning mills from importing Australian cotton.

China has been Australia’s largest trading partner in goods and services, accounting for some 27.4 per cent of our trade with the world.

In a COVID-hit world the hit on Australian export industries is significant.

So much for the Australian-China Free Trade Agreement, signed in 2015!

It seems extraordinary that China’s bellicose stance on trade relations is based solely on the fact that Chinese people are miffed at suggestions that the COVID-19 outbreak emerged from China.

It could also be that western governments, including Australia’s, still have failed to grasp a more informed understanding of how the Chinese government and its planners think.

About two decades ago a group of Chinese industrialists from Shanghai was visiting the North West.

A young Chinese executive, speaking frankly to an interested Narrabri resident, replied to a question about why the company was interested in the as-yet unproven coal and gasfields of the region.

The Australian government needs to move quickly to demonstrate with a robust but informed and shrewd diplomatic effort that we welcome future long-term trade with China on a friendly – but equitable and international rules-based system. 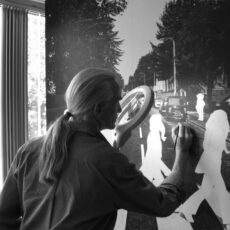