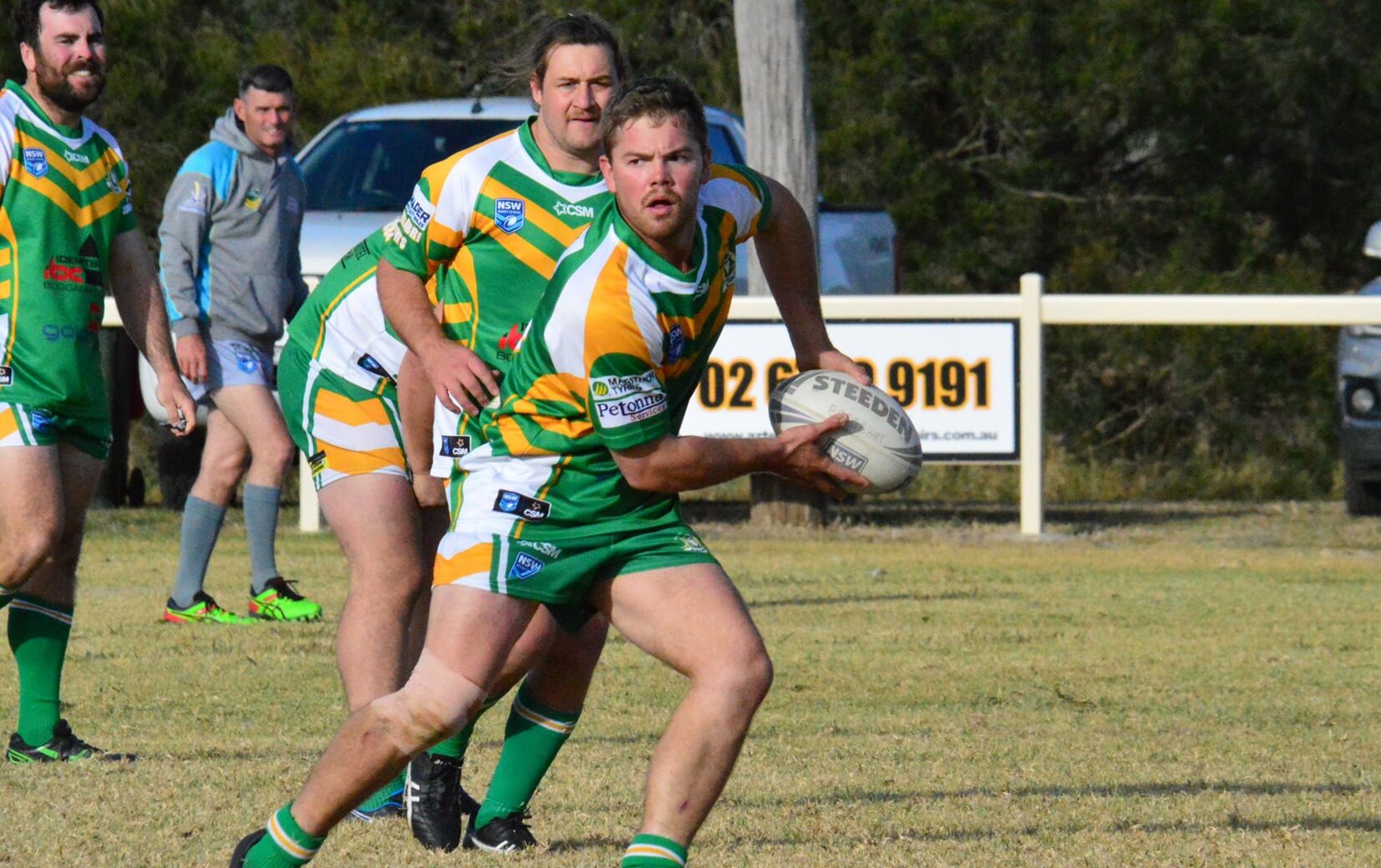 Boggabri Kangaroos came back from a 14-0 half-time deficit to beat Werris Creek 22-18 in their Group 4 Rugby League first grade round five clash at Jubilee Oval on Saturday.

The Roos finished strongly though after a half-time tongue lashing from Shane Rampling “refocused” the home side.

He laid down the law in no uncertain terms.

“We were pretty poor in the first half,” Rampling said.

“Made the same old errors, dropped the ball and gave away penalties. We couldn’t get any rhythm.”

“Got the boys to focus on the simple things and they needed to show some energy,” he said.

Rob Doolan did that, he said.

“Every time he touched the ball in the second half he was dangerous,” Rampling said of the centre, who also scored one of the four second half tries.

“They were both outstanding.

“They both ran the ball hard and tackled hard in the second half. Mitch also scored a great try and set one up.”

Fullback Isaiah Adams also “had his best game for the club” and second grade captain-coach Dave Toomey added some composure and finesse in the run home.

“It was a real good team effort though considering we were down 14-nil.

“The Creek were tough too, they kept coming.”

Werris Creek co-coach and captain Cody Tickle was disappointed and didn’t hold back.

“We were absolutely atrocious,” he said.

“We went to sleep for the first 20 minutes of the second half, simple mistakes and silly errors cost us.

“We had our chances to win. We just played below our standard.”

That the two teams finished with four tries apiece but the Kangaroos outscored the Magpies three goals to one.