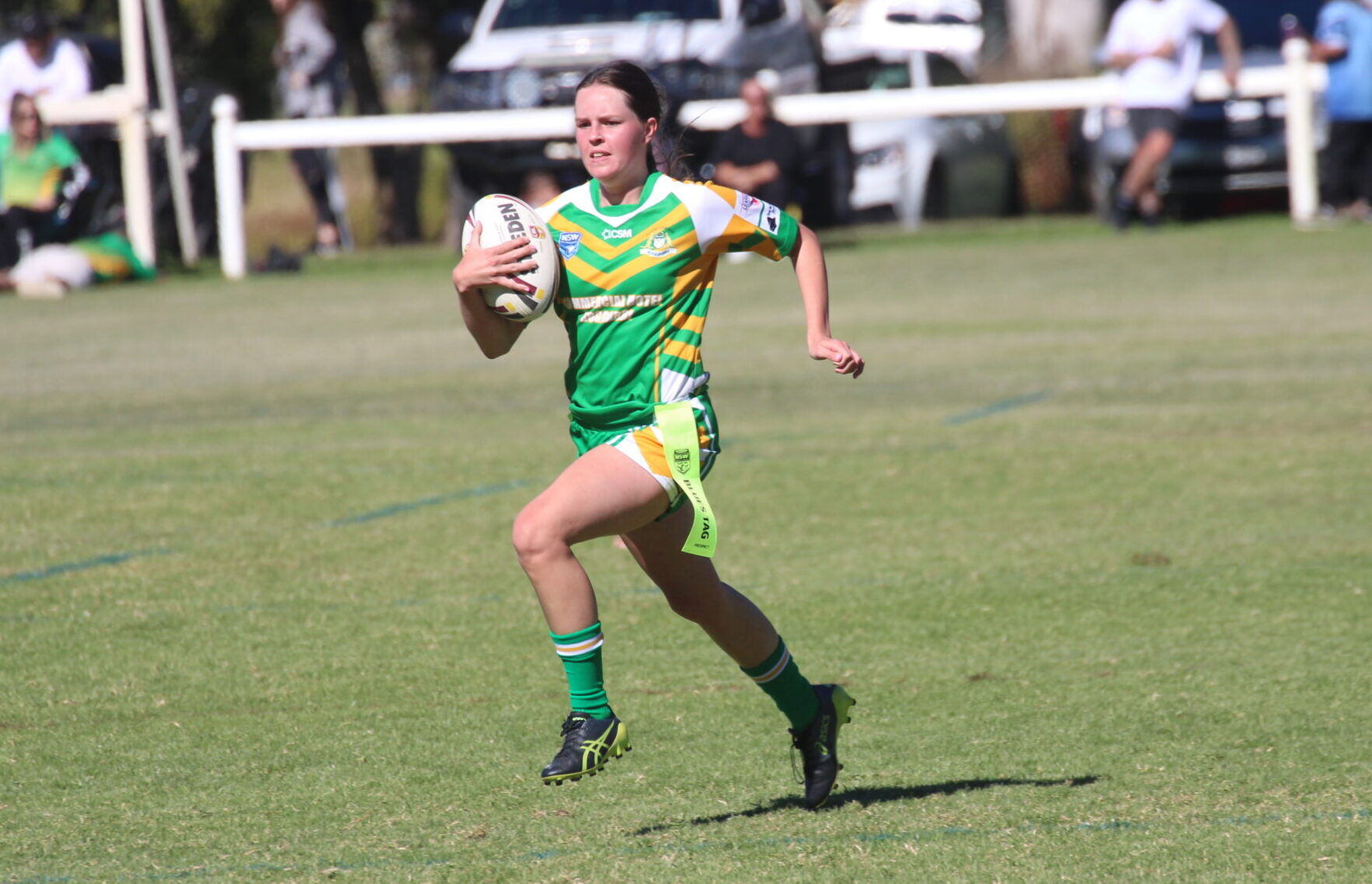 Courtney Grosser scored her first try of the season in Boggabri and District Rugby League Football Club’s 26-4 round five ladies’ league tag victory at home against Barraba on Saturday.

The side took on Barraba at Jubilee Oval in the fifth round of the 2021 Group 4 Rugby League season and scored a 26-4 win in front of a home crowd.

Four players scored their maiden tries for the season as Caitlyn Dewar, Courtney-Grace Coggan, Clare Mead and Courtney Grosser all crossed for the first time in 2021.

Teammates Annalise Martin and Cloe Davis combined for the other two four-pointers as they scored their third and second tries of the campaign respectively.

Davis was also among the Group 4 Rugby League best and fairest points for the third consecutive game. After earning three points on both occasions in round three and four, she picked up one point on Saturday which left her ranked second on the competition tally behind North Tamworth’s Kim Resch who has earned eight points in five rounds.

Davis’ teammate Annalise Martin was awarded two best and fairest points in the win against Barraba.

The Roos have now played five matches this year and have accumulated six of a possible 10 competition points.

They lost their first game at home against Gunnedah before drawing back-to-back games against Moree and Narrabri.

They scored their first win of the campaign in round four when they outscored Manilla 24-4 away from home before winning by their largest margin of the season in round five.

The Roos entered that match ranked fifth on the 10-team ladies’ league tag ladder which is where they remained at the completion of all five games.

All four teams ahead of the Roos entered the round on six points, two ahead of Boggabri, and three of them were winners.

That trio included Gunnedah which beat Narrabri 66-0 to move to first place, North Tamworth which beat Moree 60-0 to climb to second place, and Dungowan which beat Kootingal 12-4.

Dungowan dropped from first to third following its win while Kootingal’s loss saw it fall from second to fourth.

In the other round five match, sixth-placed Werris Creek outscored last-placed Manilla 46-0.

Boggabri now has a chance to move into the top four when it takes on Kootingal in round six. The two sides have both accumulated six competition points so far and will meet for the first time when they go head-to-head on Saturday.

Boggabri’s two senior men’s sides will also take on the Roosters on Saturday in round six.

In first grade, Boggabri downed Werris Creek 22-18 at home last weekend in round five and is currently ranked sixth on the eight-team ladder following two wins and three losses.

Its round six opponent is ranked second on eight points following four wins and a loss to start the season.

The Roosters trail only North Tamworth, which has also won four matches and lost one, by for and against difference.

Boggabri’s reserve grade side is currently ranked last on its 10-team competition ladder following a draw and four losses across the first five rounds.

It was beaten 40-4 by Barraba in round five and now turns its attention to a fourth-placed Roosters team which has won three of its five games in 2021.