Flames and Tornados set up a round seven A-grade blockbuster 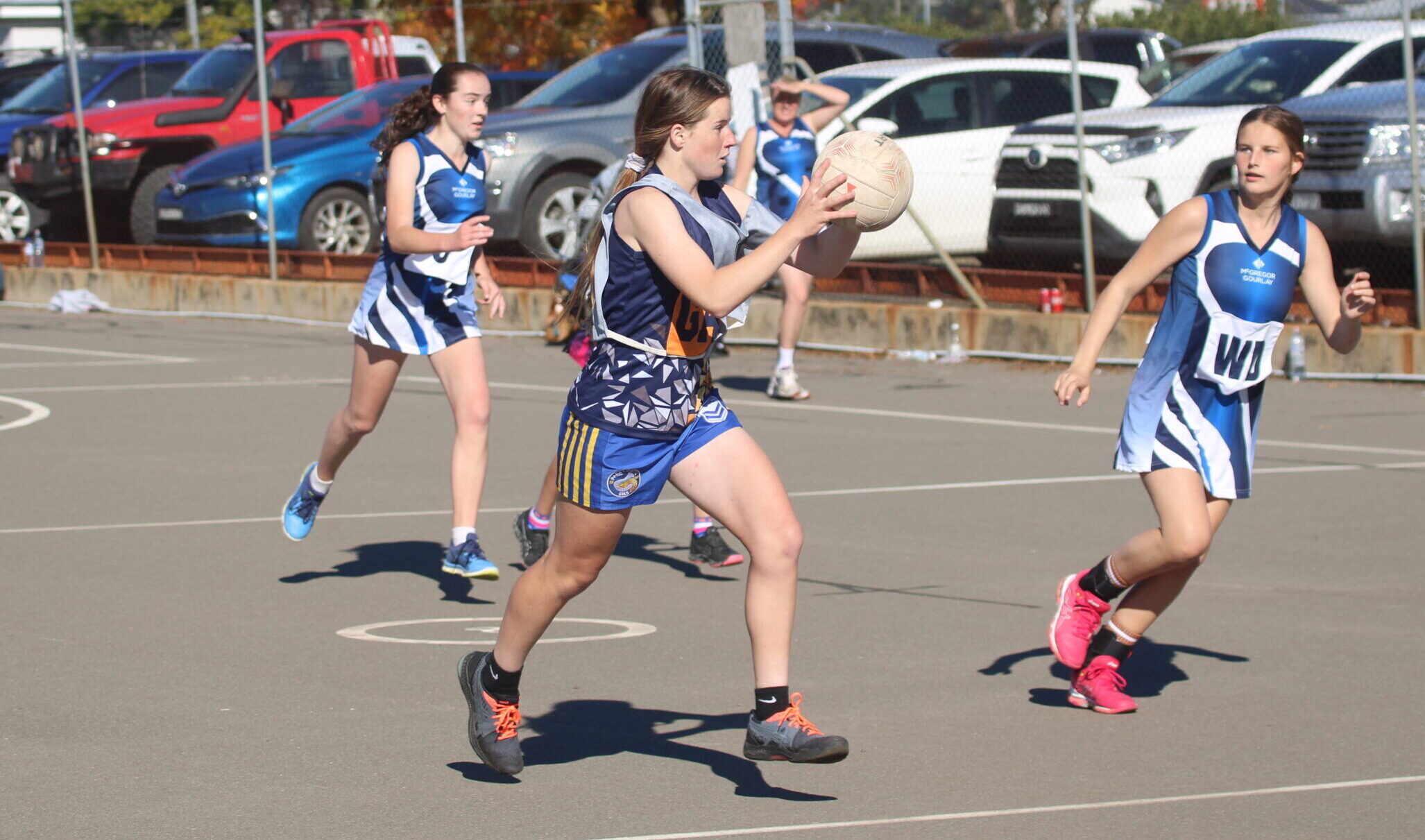 In-form and undefeated duo Wee Waa Flames and Tourist Tornados sit at the top of the Narrabri Netball Association A-grade ladder after both scored their sixth consecutive wins of the season at the Bev Burrows Courts on Saturday.

The Flames and the Tornados are now four points clear of their closest rival heading into the June long weekend competition break.

When the NNA season returns on Saturday, June 19, they will go head-to-head in a top-of-the-table round seven clash with outright first place on the line.

Other round six winners on Saturday were third-placed Fever and fifth-placed Pharmacy Flamingos.

The Flamingos’ win was their second in a row following four consecutive losses to start the season, while Fever scored its first on-court win since round two following a one-goal loss in round three and forfeit-affected games in rounds four and five.

Meanwhile, the B-grade competition has a new leader following its round six games.

Goss Gals are now on top after they defeated former leaders Golfie Grubs 34-28.

First-placed Goss Gals and second-placed Golfie Grubs have accumulated 10 competition points in 2021 following four wins, a loss and a bye.

Other B-grade winners in round six were Vicious Delicious and Don’t Stop Ball-ieving.

Fifth-placed Thunderbirds had the round six bye.

Under-11-13 team Swifts moved into outright first position on its competition ladder following a top-of-the table victory against second-placed Namoi Cotton Thunderbirds. The Swifts won that match 23-7 to move to 10 competition points, two clear of the Thunderbirds and the side’s ranked third and fourth – Lightning and Giants – which are all on eight points.

Lightning and Giants both picked up two points each in round six. Lightning defeated last-placed C and W Firebirds 11-4 while Giants had the bye.

Under-9/10 competition ladder leaders Valley Vixens scored their sixth consecutive win on Saturday when they won their round six match 12-2 against second-placed Sapphires.

The Vixens have accumulated a maximum 12 points so far this season and are six clear of Sapphires which have won three of their six games.

The other round six contest was won by third-placed Diamonds which outscored last-placed Emeralds 9-3.