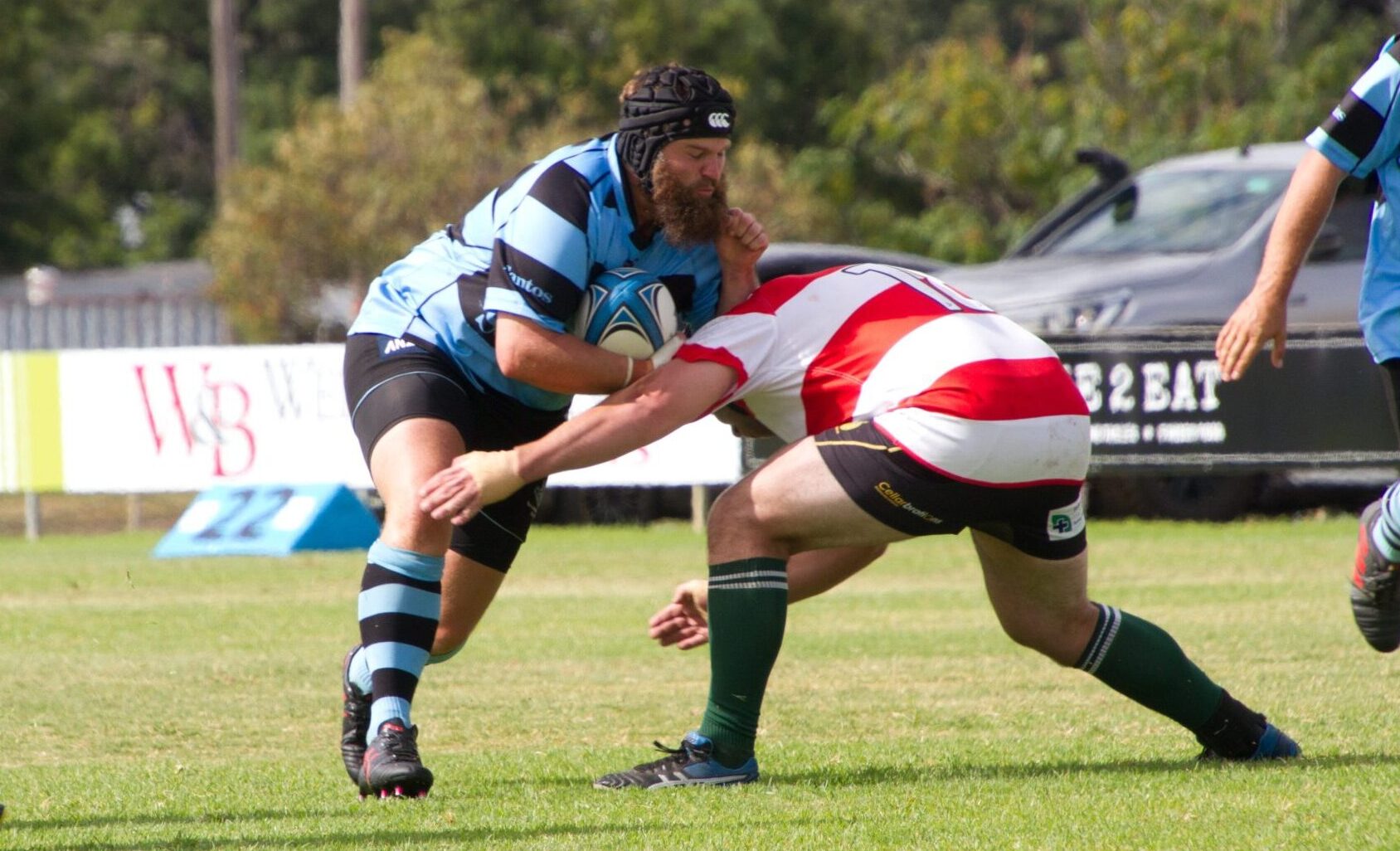 Joe Maunder, pictured above running the ball in a trial game against Western Plains, was described as "probably our best" in Saturday's round nine win against Barraba by Narrabri Rugby Club first grade coach Hunter Harley. Photo: Cassey Treseder

The 2021 Central North Rugby Union campaign reached its halfway mark following Saturday’s round nine matches and it is Narrabri Rugby Club which leads the first grade ladder as the business end of the season approaches.

The Blue Boars currently boast the most wins after celebrating victory seven times during eight outings this season.

Their only loss came against Walcha in round four and a week earlier they scored their only non-bonus point victory when they downed Pirates 24-17 in round three.

Narrabri earned its most recent win in dominant fashion as it demolished Barraba 74-10 at Gwydir on Saturday in round nine.

First grade coach Hunter Harley told The Courier that he was impressed with the way his men had gone about their business across the first half of the season.

“I’m so pleased I’ve decided to give the guys a rest now.

“We are giving them a week off training this week and we’ll get the long weekend out of the way then we’ll hit the ground running from next week.

“I’m hoping that farming and sowing commitments are out of the way and we can then concentrate on eight to 12 weeks of football and hopefully try to win a premiership.”

On Saturday, five-eighth Henri Knight missed the round nine match due to illness which led to a backline reshuffle.

Fullback Jydon Hill played at five-eighth and his empty position was filled by winger James Albert. James Baker debuted on the wing in place of Albert, and Alex Pay also came into the centres to replace Jacob Nichols who starred in the Narrabri Blues’ Group 4 Rugby League golden point victory at Collins Park.

A change in position did nothing to thwart Hill’s form as he extended his red hot try-scoring run to five consecutive games after going over for three five-pointers against Barraba. He has scored nine tries in that run which started with his first hat-trick of the season against Scone in round five.

He also kicked seven conversions against Barraba to finish the match with 29 points.

Harley said that his men showed maturity in a one-sided affair.

“I was confident we’d get the points but in saying that I was looking for a disciplined effort from the squad,” Harley said.

“I didn’t want to get caught up in a scrap-fest.

“I think for large portions of the game we achieved that and our attitude was really good.

“I think we got everything out of the match that Todd (assistant coach Todd Farrer) and I were looking for.

“It was a full team effort but I thought Joe Maunder was really good. He worked hard in the front row for us and he was probably our best.

“James Baker was really good in his debut on the wing too. He worked
really hard and his attitude and effort were excellent and he got a try too which was pleasing.

“Other than that the whole team really stepped up.”

The Blue Boars were the only away winners on Saturday as Gunnedah, Pirates and Quirindi all scored home ground victories.

Gunnedah bounced back from a round eight loss against Narrabri to defeat Moree 40-21, Pirates edged out Inverell 33-32 and Quirindi beat Scone 27-22.

Those results contributed to just one change in the ladder standings as Quirindi climbed above Moree from seventh into sixth as the Bulls now sit two spots from the bottom at the season’s halfway mark.

The CNRU competition will now break for the coming long weekend.

The season will resume on Saturday, June 19 when the Blue Boars travel to Quirindi to challenge the Lions in round 10.

The Narrabri men will not play at Dangar Park again until round 13 on Saturday, July 10 when they host Walcha.

In rounds 11 and 12 they have a bye and an away outing against Pirates respectively.