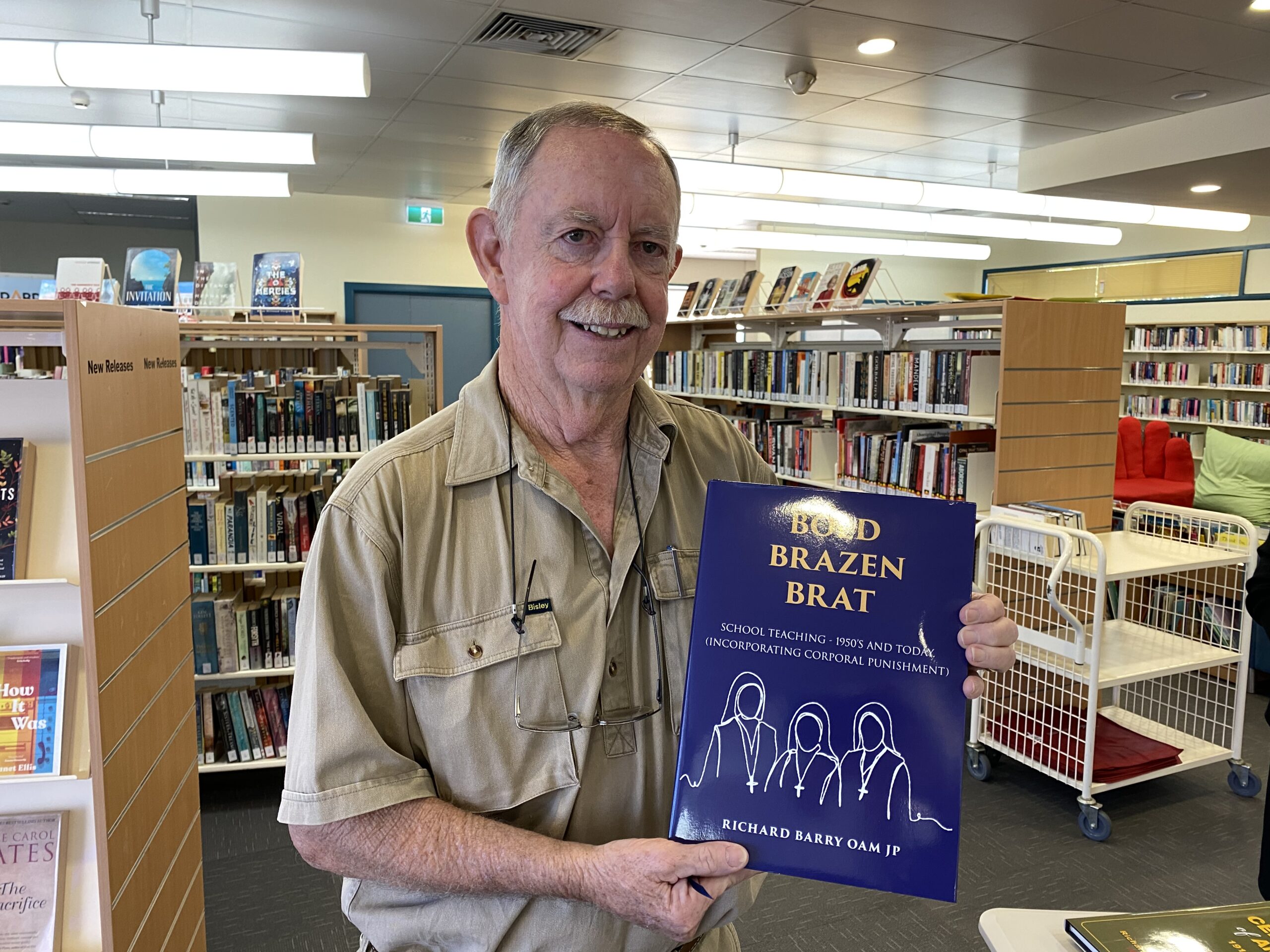 That’s the description given to Narrabri’s Richard Barry OAM in 1955 by a Mother Superior at his boarding school.

Richard agrees he probably earned the label in those days.

They weren’t good days, but are part of history which he has now recalled in a book, ‘Bold, Brazen Brat.’

His boarding school of more than 60 years ago was not an institution of the ‘learning can be fun’ kind, with teachers called by their first names and that easy familiarity between student and teacher that exists today.

“We never saw the general public, only the teaching nuns – it was like a penitentiary.”

Life was not easy.

“I could say the nuns taught me how to steal,” Richard laughs.

“In the dormitory we would wait until pre-dawn and creep down to steal a loaf of bread from the refectory because you went to bed hungry every night.

“Gaol prisoners had it better than we did.

“I got good at creeping along two or three floors without creaking the floorboards to get down to the refectory.”

‘Dear old golden rule days’ they were not.

“It has always stuck in my mind even more than 60 years later,” said Richard.

“So I decided to write a book around it.”

‘Bold, Brazen Brat’ is the result, a social and personal history of the era.

“The book developed to include everybody else, fellow pupils and teachers,” said Richard.

It details corporal punishment, its prevalence and application as a routine form of discipline.

“It’s a concept unknown to the modern generation of school students,” said Richard.

“What was once commonplace, corporal punishment with the cane and other implements administered on a daily basis, of course no longer exists.

“It was not just the cane – they used quite an extensive range of weapons against the kids.”

Richard’s motivation was to tell a story to a generation of Australians who know nothing about those circumstances.

“I make no judgements – it’s just a factual history of the times.”

‘Bold, Brazen Brat’ is not just about the hardships of 1950s school life and corporal punishment.

“There is a lot of other nostalgia in there as well, about billy carts, shanghais, cracker nights, crawbob fishing – things kids don’t do today.”

“It took about 12 months from concept to research to finish,” said Richard.

“I interviewed heaps of people, fellow students, students from other schools all over Australia, teachers from that era, male and female, academics in the educational field, there are a lot of extracts from educational journals giving descriptions about the education process, the doctrine around corporal punishment.

“There are actual doctrines as to what a teacher could do to quieten a disruptive student and that was corporal punishment.

“I never knew what the girls endured and I thought it was most important to put their side of the story in.

“I think they suffered more than the boys.

“That will be seen as a sexist remark but it’s true.

“She told me in interviews of her early days as a 17-year- old nun.

“She was almost 80 and was very candid about her life when I spoke to her.

“I put it into the book because it was of the era. There is a chapter on that which is disturbing

“Nuns would beg for extra food they were so hungry.

“There has been a 360 degree turn around these days.

“Now a teacher can’t physically touch a child to hug them, let alone thrash them as we were.

“Have we come too far? I raise that question.

“There has to be a happy medium. There are parents out there who still want their kids disciplined.

“I am not judging now, I’m just saying what it was back then.”

What were the circumstances that led young Richard to be labelled a ‘bold, brazen brat’.

“My mother died very suddenly at 44 years of age with a cerebral haemorrhage.

“My dad had to send me away to school when I was seven-years-old. There were four boys and he was running an 8000 acre property.

“To be in Sydney in those days, 12 hours from Narrabri by train, was like being on the other side of the world.

“I only got home once a year some years.

“Even this current generation’s parents don’t know about that era.

“Whatever happened back then happened then – I hold no grudges whatsoever, particularly when I interviewed the nuns and they told their stories.

“I respected the nuns but I have to tell the truth about what actually happened.

“This is not a bloodletting. These were my, and others’, life experiences.

“I am not aiming to offend anybody.

“But the book is simply a history of life as it was back then.”

Richard Barry is the author of several books and is currently writing another.

When he’s not writing, his ‘day job’ is as school bus driver which gives him the opportunity to chat to his young passengers.

“We talk about general knowledge topics.

“The kids on the school bus want me to be a school teacher,” he laughs.

“But that’s not going to happen.”

Interested readers can find a copy of ‘Bold, Brazen Brat’ at the Narrabri library. 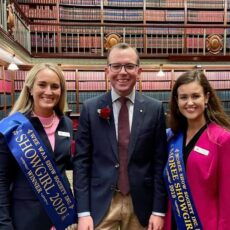 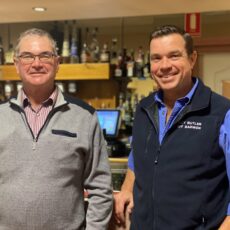 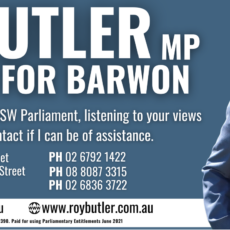